Red Bull announces line-up for the world’s most extreme kiteboarding competition. Today Red Bull finally announced the riders who have earned their way into the top group to compete at next year’s Red Bull King of the Air in Cape Town. Video voting was so incredibly close that the judges took the unprecedented step of inviting all 10 video finalist to the main event to battle it out against last year’s highest ranked competitors. The line-up for 2015 currently looks like this:

Outside of the PKRA we can’t think of another event that gets such a concentration of raw talent; if the wind plays ball we’ll all be in for one amazing event. We’ll see you on the beach. 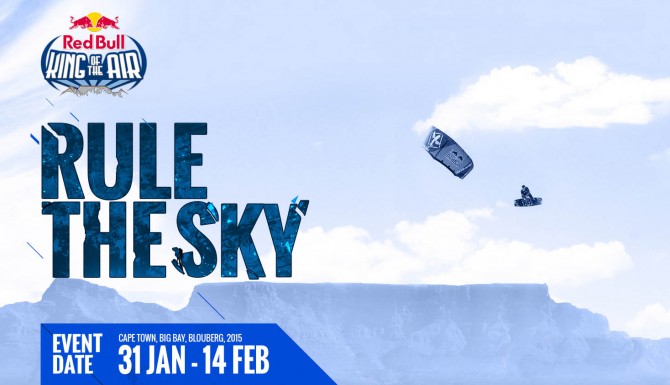 King Of The Air Is Coming

Red Bull King of the Air is back in Cape Town!