This winter was a cruel mistress, a winter in which the usually understated charms of Dublin took a turn for the exceptionally bleak. There I was standing in the steel grey waters of Dublin Bay with the deep-set eyes of a broken man, when an epiphany floated my way. It was something along the lines of, “There must be more to life, I’m getting out of here.” 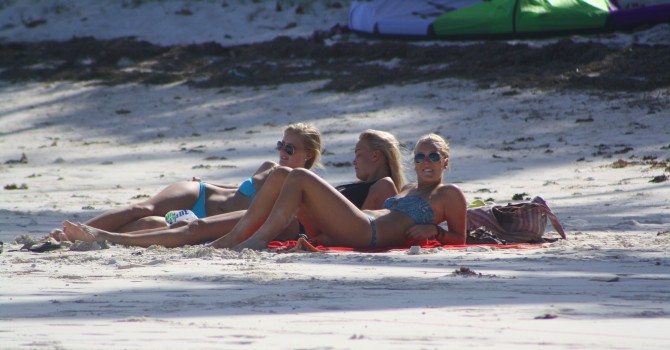 A slightly better view than the emerald Isle in the depths of winter!

Where to though? Where could an Irishman go to nurse his chilblains and wait until home took a turn for the bearable? At the time I had an acquaintance who was the Madame of a kite school on a shimmering spit of sand on Kenya’s south coast called Diani Beach. So, I dropped her a line via Facebook and there I was a month later – a soft, pasty creature blinking in the sunlight outside Mombasa’s international airport. 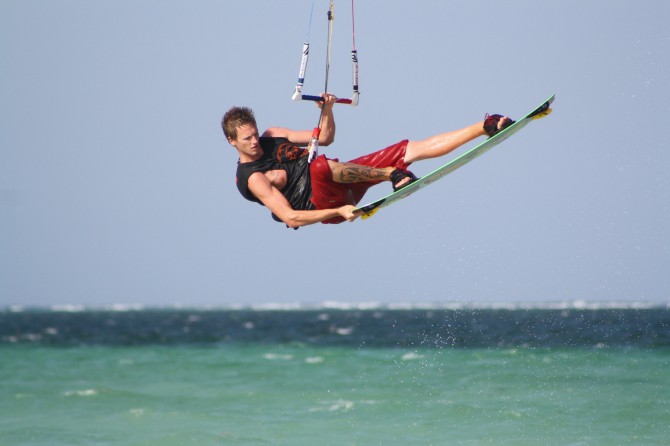 Riding in the lagoon at Diani Beach.

Two days previously I was sleeping in a dressing gown and drinking cans of cider during the day. Suddenly I was kiting in board shorts and sipping gin and tonics on the veranda of my villa, lavishly perpetuating the colonial stereotype. Diani turned out to be full of windy days, kiteloops, baboons, partying, fresh fruit, turquoise water and great people. I was a man who’d found himself a nice corner of the world.

The cast of characters I was surrounded by were eclectic to say the least. There were four other kite instructors – two longhaired sun chasers from Argentina and Austria, a wiry Belgian and a lanky Irishman who knew his way round a kiteboard. There was my weed smoking 80-year-old landlord. There was the kite school owner who’d recently come back from landkiting across the Chalbi Desert, and of course our local English mercenary who was there just in case anyone starting whipping out their machetes during the impending election. I was in good company. 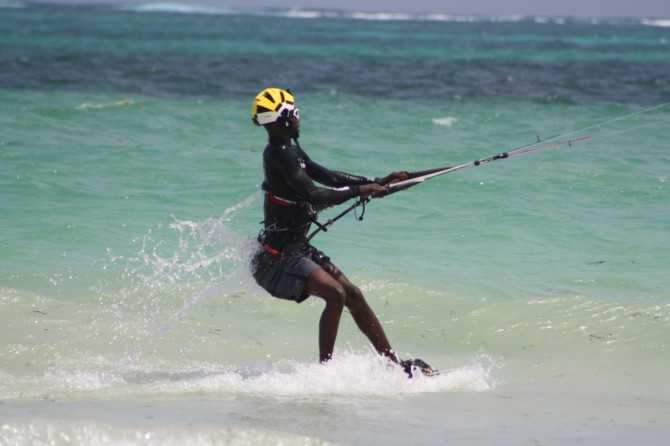 It takes all sorts, the locals getting involved!

The instructors would be vying to avoid working on a low tide as the flat water was a thing of beauty to behold. When the water dropped, a huge reef turned everything on its inside into a glassy lagoon while also working as a great breakwater for the Indian Ocean swell – meaning a flat-water freestyle sesh and a wave odyssey for the price of one. Enough to leave a man trembling like a newborn calf with the excitement of it all. 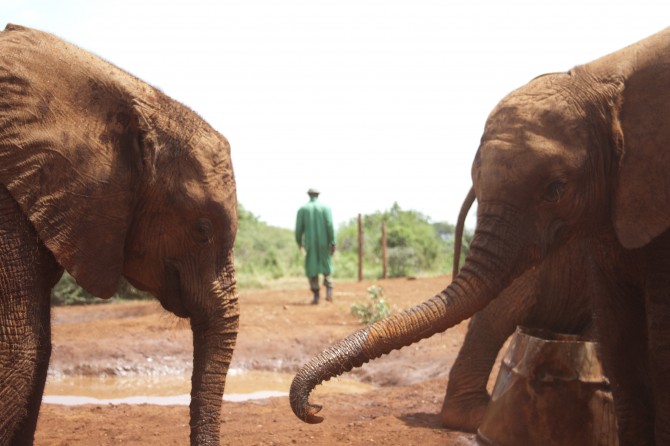 When the breeze wasn’t playing ball, which was very rare thanks to the scrupulously punctual trade winds, Diani’s inhabitants were never short of an adventure. The were SUP safaris and five hour snorkel sessions, monkey baiting and coconut picking, fishing, drinking, and the occasional beach volleyball game that would put the cast of Top Gun to shame. Life in Diani rolled on in an almost shamefully contented fashion. Occasionally, though, we had to get ourselves out of the place. 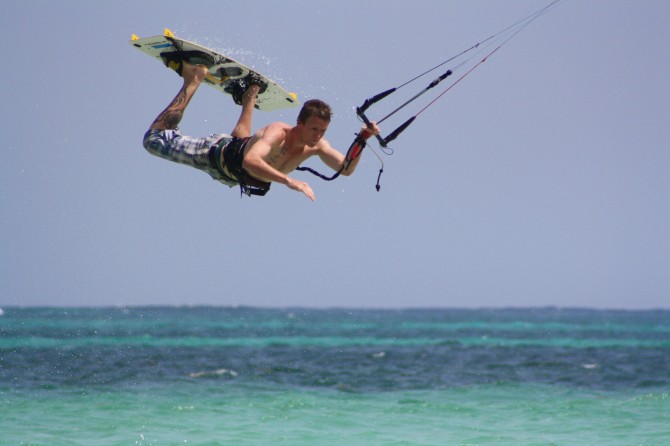 We doubt Ireland looked much like this in the winter!

It seems that the human condition can only handle a certain amount of paradise and eventually needs to experience something grueling, unpleasant and possibly terrifying in order to appreciate the finer things. All three of these we found on the endless potholed, truck-filled roads that interconnect Kenya. Although it does require a kind of a perverse masochism to enjoy a Kenyan road trip, the rewards wait in their droves at the end of these dusty tarmacadam nightmares. 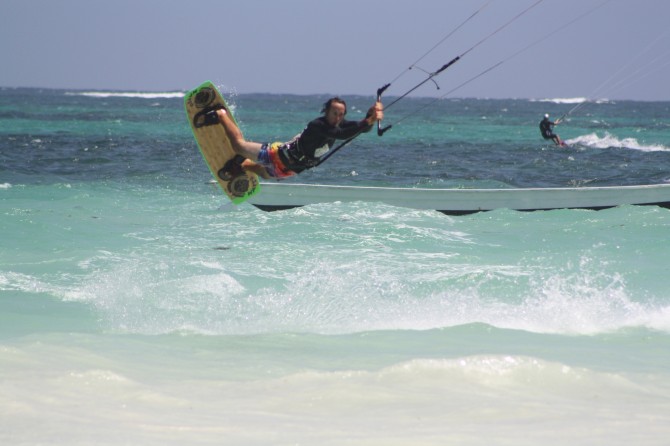 We went on a handful of Safaris in several different parts of the country. We saw elephants moping around and giraffes having an absent-minded chew, we went wakeboarding in lakes bursting at the seams with crocodile and hippo. Sometimes we got belligerently drunk in some out of the way pub where we were the only Mzungus for many miles. While other times we stayed with friends on a sprawling plantations where a few more colonial stereotypes were perpetuated. There is an awful lot to see in this wild and surprising country. 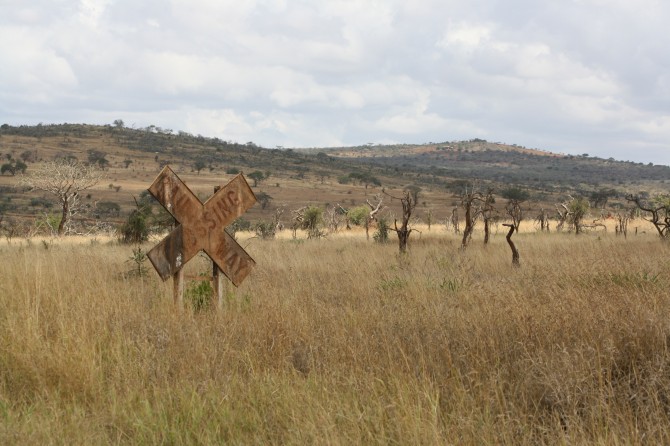 The very hectic railway crossing, life is stressful in Kenya!

By the time it was all over spring was beginning to rear its handsome head back in Europe. I’d managed to spend the bones of a particularly vicious winter in a pair of shorts, and the concept of a jumper was by now a distant memory. I had a suntan, was feeling fit, healthy and ready to go back and grab a firm hold of an Irish summer. I have a feeling that this may be the end of my dealings with the European winter. 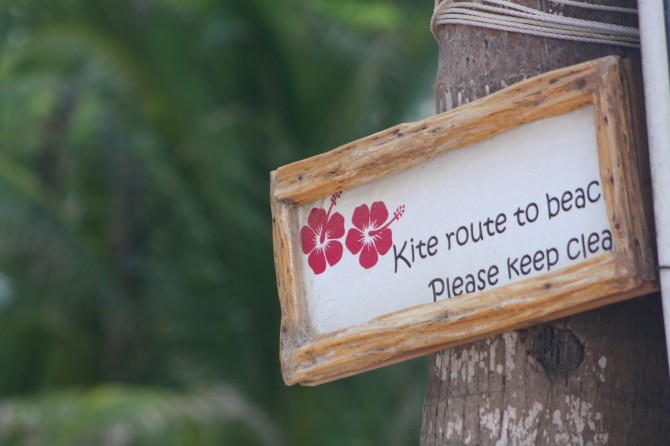 A Taste of the Shinnworld Spring/Summer Collection 2017......

3 Ways to do a Frontroll | Classic, Send and Inverted // SA Masterclass

A WEEKEND OF BIG AIR!