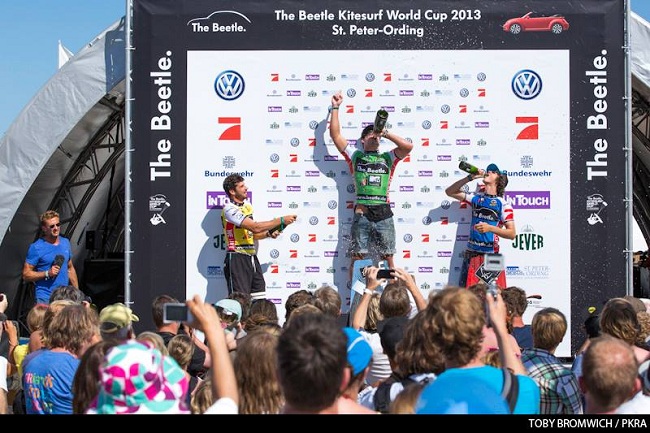 The final day of the PKRA Saint Peter Ording, Germany, brought another day of beautiful sun with thousands of kitesurfing fans coming to the Beetle Kitesurf World Cup.  The closing ceremony started at 16:00, with Marc Jacobs from New Zealand and Karolina Winkowska from Poland winning the freestyle event.  Bryan Lake from the United States won the racing along with Christine Boenniger from Germany.  The 134 riders from 24 different countries made this the biggest PKRA event ever.  The top riders will be sharing €52,000 in prize money.  The Freestyle and Slalom racing was some of the best we have ever seen.

The trials of the Beetle Kitesurf World Cup had 71 men and 20 women and took over 8 hrs.  14 men and 8 women were selected but many top riders did not make it into the event.  This event really showed how the base of good riders is getting bigger and how the competitors just keep getting better throughout the world.

The main event was absolutely amazing, with 24 men and 12 women riders.  With 3 world champions in the event, Zoon, Hadlow and Langeree and many talented riders like Eudazio DaSilva, the points leader Alex Pastor, the action was none stop.  DaSilva had the best heat score of the event with a 37.23, defeating Hadlow and Langeree in the double elimination.  Christophe Tack made an amazing run in the doubles, competing in 8 consecutive heats.  Marc Jacobs won his first ever PKRA riding with so much power landing perfect front blind mobes and hinterberger mobes.  Alex Pastor lost his first heat of the season, but kept the lead in the overall rankings.  Youri Zoon dislocated his shoulder and will be out for a few weeks.  He will miss Fuerteventura 10 days from now, but should be back for China. Umpierre, Jaspan and Hutter came all the way through the trials to finish 9th. 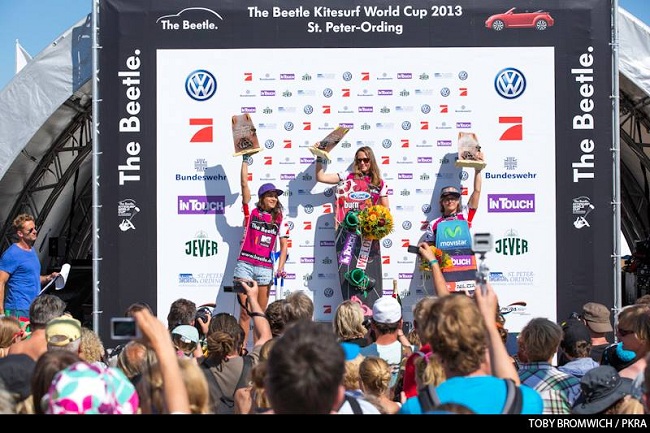 “The conditions were very similar to home in New Zealand, went big with a lots of power and I am stoked to win my first PKRA”- Marc Jacobs

The women’s fleet was also extremely competitive, with Karolina Winkowska regaining the overall points lead on tour.  Paula Novotna had a great event making a great run in the double to finish 4th.  Bruna Kajiya injured herself; hopefully it is not too serious.  Gisela Pulido could not win her third event in a row and dropped to second in the rankings.  Lammerts, Van Westerop, Lutz and many more had some amazing tricks.  It looks like the new generation of girl’s riders is here. 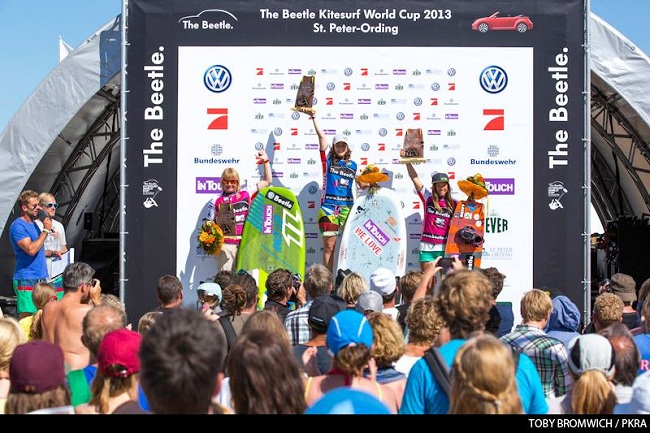 “It was good event, we had to be patient for the wind, but when we were competing the conditions were very good, I am happy to regain the lead”- Karolina Winkowska

The Slalom displayed some high speed racing with many lead changes and close battles.  Bryan Lake was the fastest rider of the week with Kerneur on his tail the whole time.  The rest of the fleet with riders like Castel, Baumeister, Gruber, Biniash and many more battled hard every race for a chance at the podium.  In the end, it was Lake, Kerneur and Gruber who took the podium.  On the women side Christine Boenniger dominated the whole event winning every race.  Tatiana Sysoeva was second in front of the German Freestyle champion Lutz. 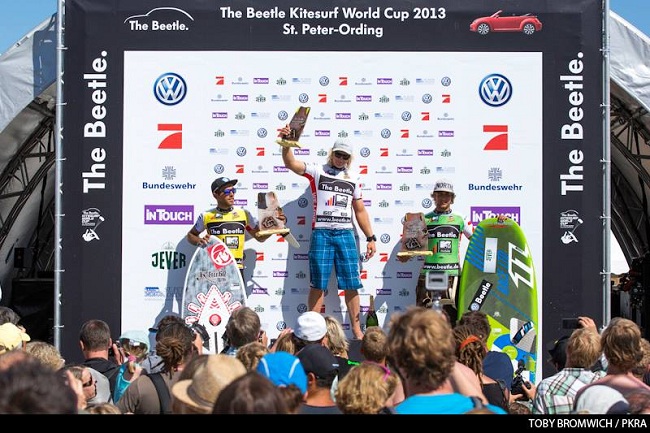 A beautiful closing ceremony was held at the Beetle Kitesurf World Cup, rewarding the athletes with their trophies and Prizes.  This was the best and biggest German PKRA ever and all 134 riders are already looking forward to competing here next year.  The PKRA moves to Fueteventura for the 3rd Slalom stop of the Year and 5th Freestyle event.  Follow us on Twitter and Facebook for the Latest news and results. 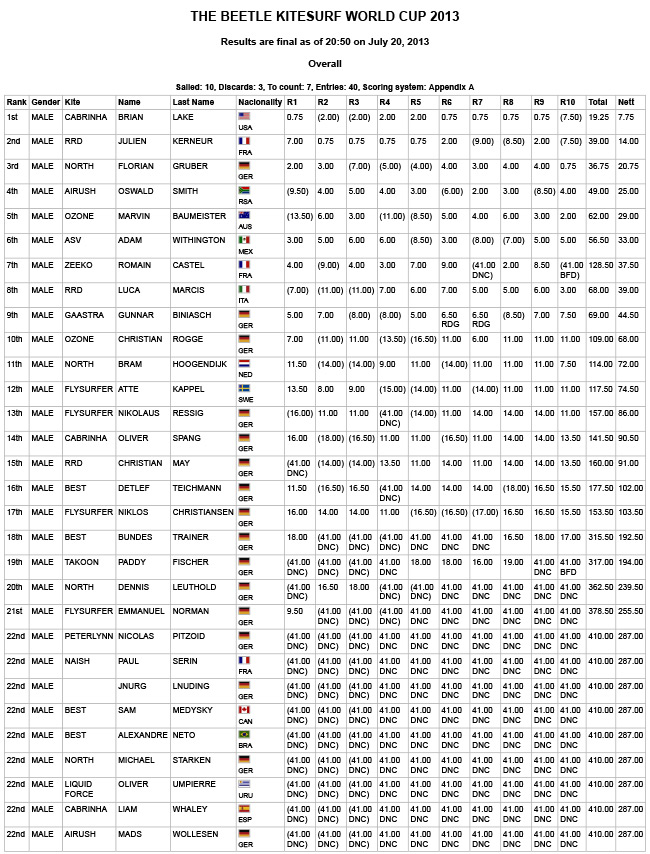 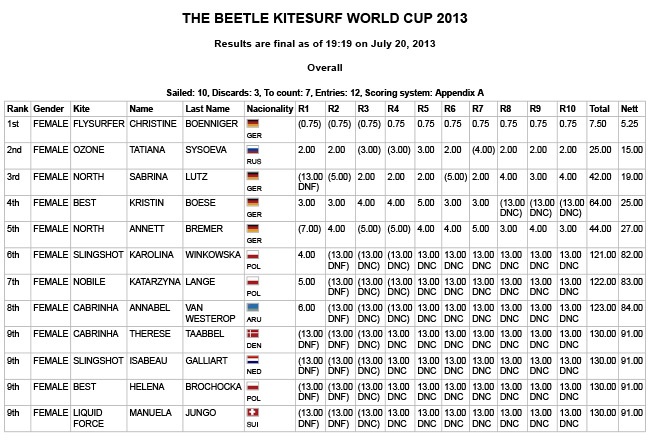 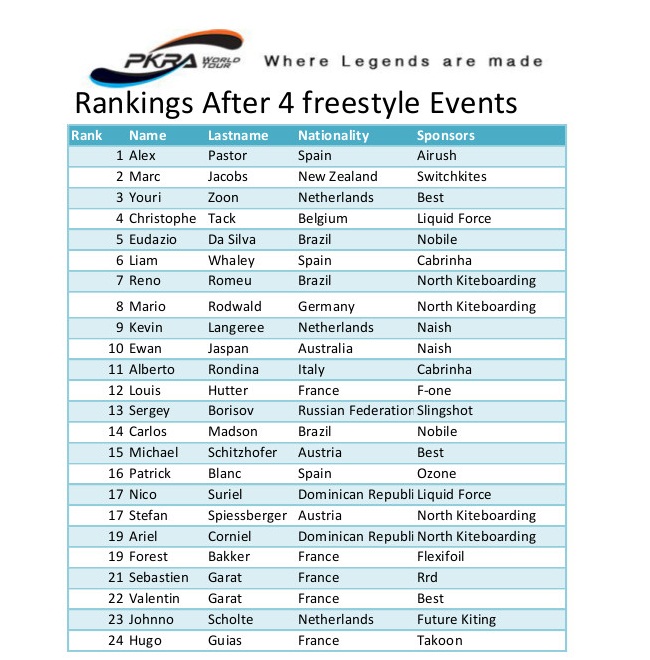 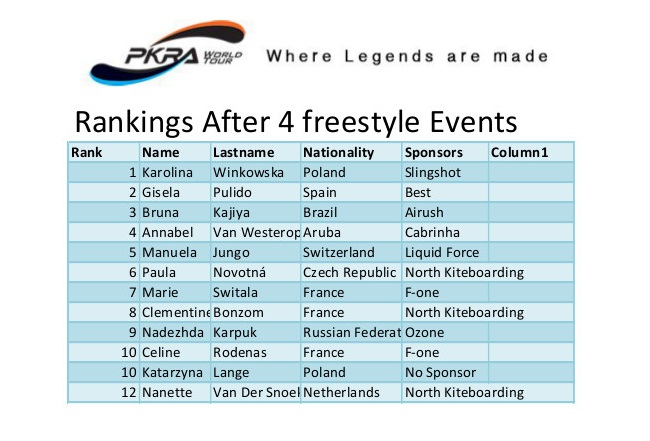 A lap around home - wingfoil racing in Austria