We were continuing today with the Single Elimination for both the men and women. The wind started slow and increased constantly throughout the day. 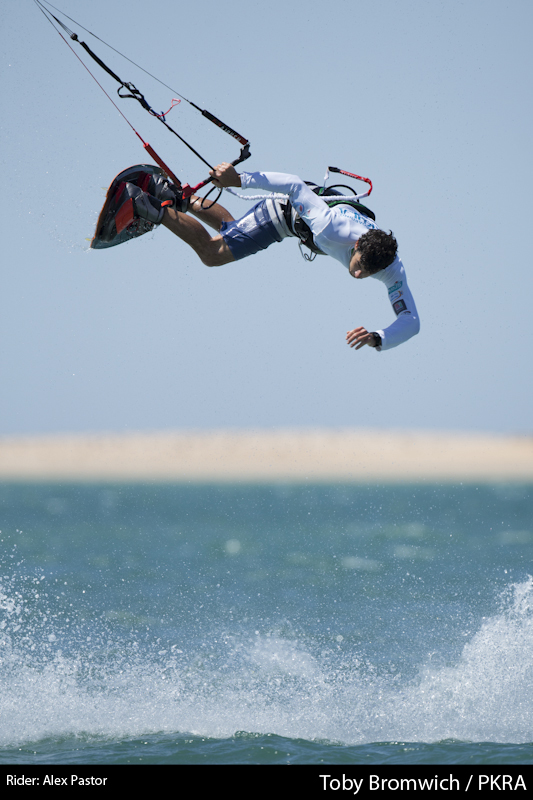 Alex Pastor was a force to be reckoned with today…

The conditions were very good today and we saw some very technical tricks from the men and the women.

Alex won the Single Elimination with consistently good heats before meeting Marc Jacobs in the final, Marc was riding well all day but Pastor had the edge. There was just one tricky moment for him when he lost his 13m kite during the semi final, because his leash broke, but Youri Zoon saw it and brought him his 11m and someone else got him a new leash, great sportsmanship from Youri! Moments like this show that the competitors are like a family and will help each other out, even when they are opponents during the heats against each other. 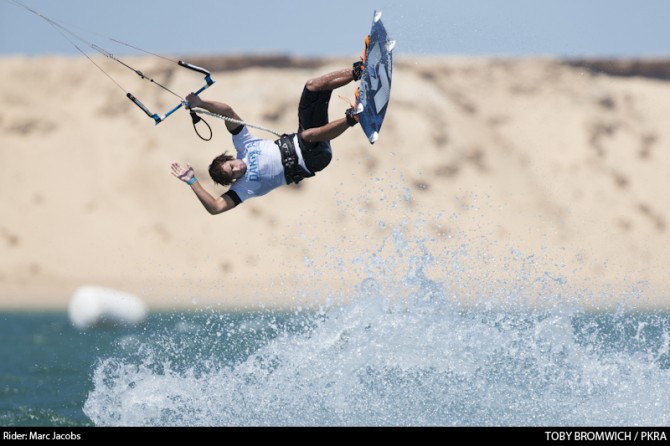 Marc Jacobs was smoother than butter melting on a jazz record, but he wasn’t quite smooth enough…

The results of the women were tight as always. The top 3 women were showing us powerful, stylish and nicely executed tricks and the judges had a hard time to score them, which shows how high the level of the women is these days. 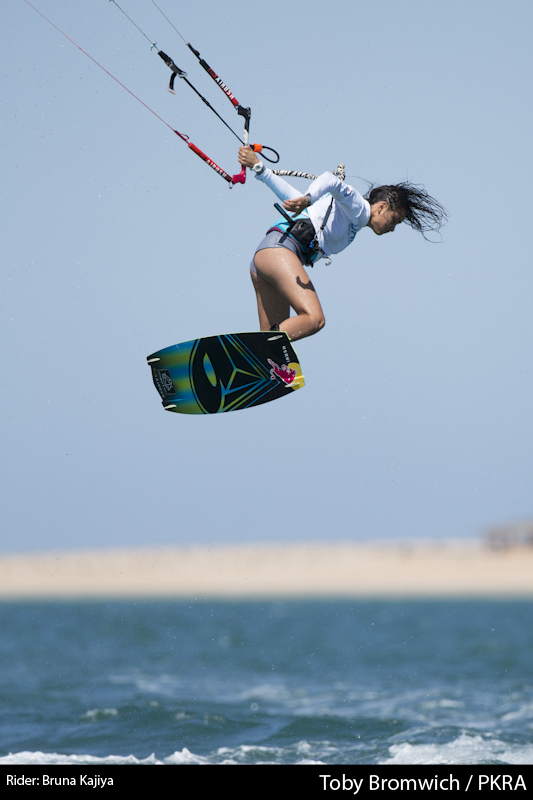 Hotter than the actual surface of the sun, Bruna Kajiya rode well and showed off the new Mystic Spring Summer collection too…

I got 4th and lost only against two World Champions, so I am very happy about my performance.

Results of the Single Elimination; 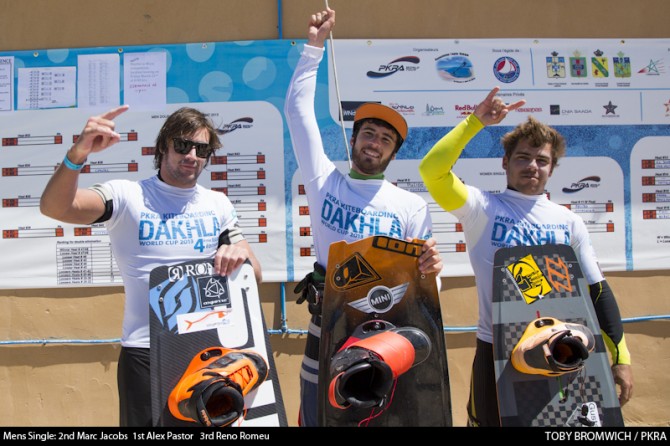 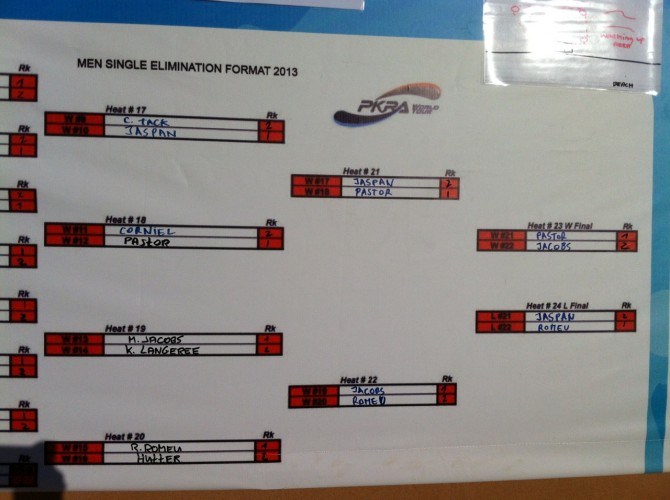 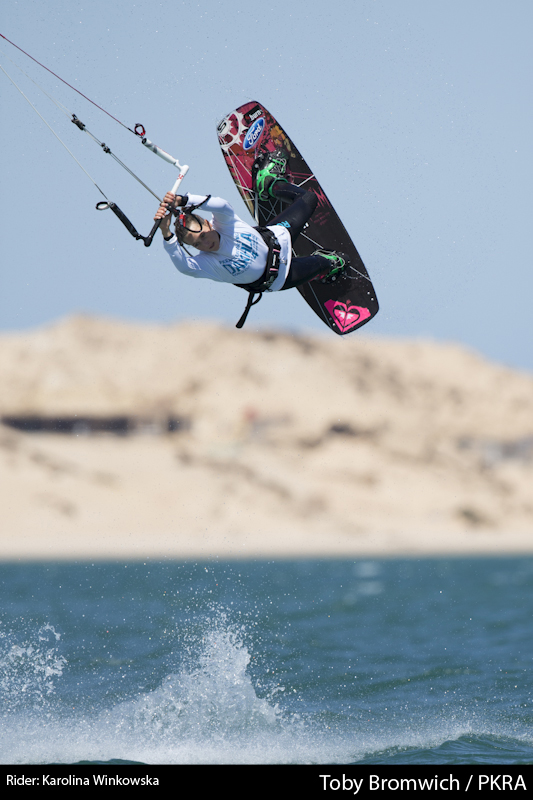 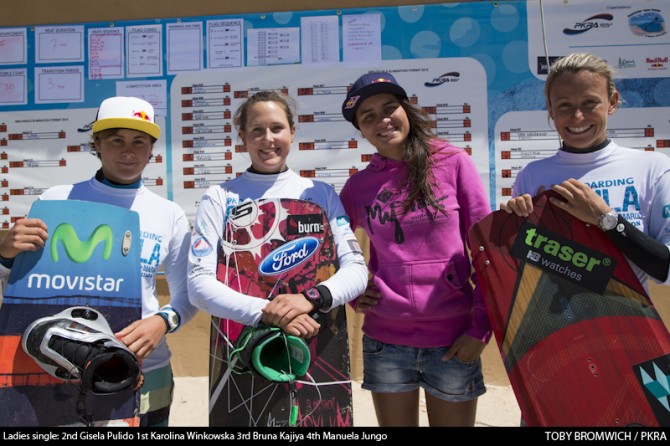 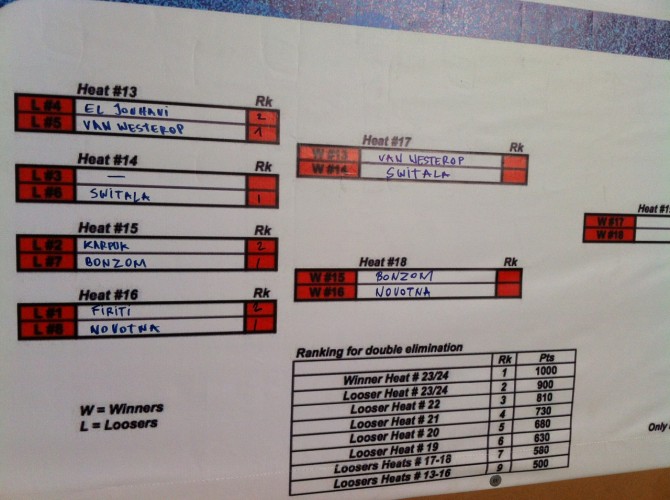 A long day finished with the first two rounds of the Double Elimination men and the first round of the women. 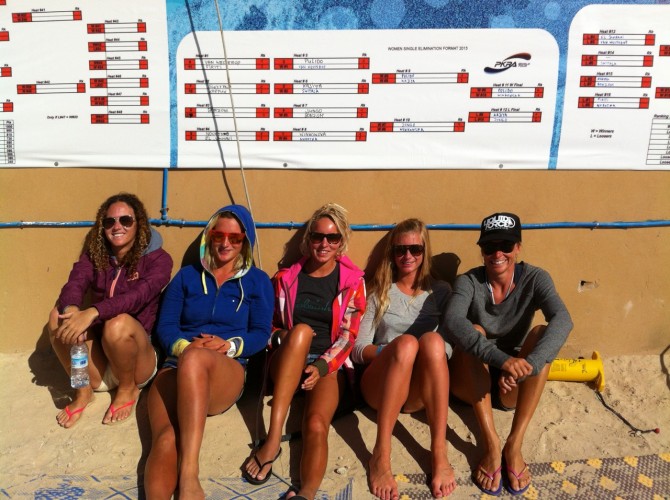 The girls waiting in sheltering from the wind, because it was so windy later in the afternoon.

On the Program tomorrow is the start of the waves Competition, we are expecting strong wind and 3m waves. 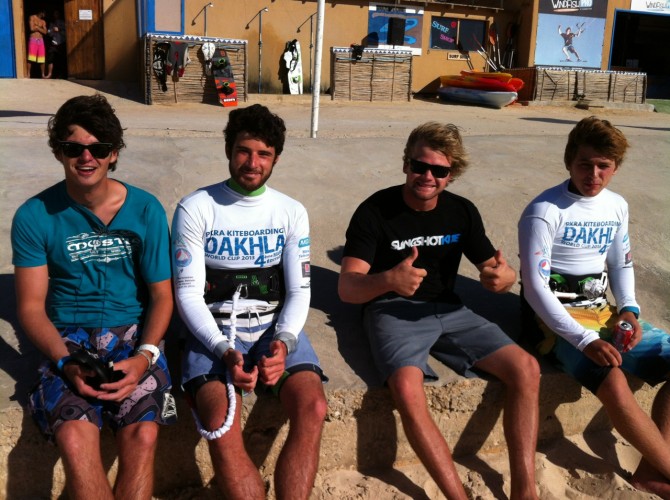 The guys watching Youri Zoon climbing up the ladder with the highest scores of the day!