The Mini Monster Convert from Airush sets out to bridge the gap between a light wind freeride wave weapon and a capable foil board. Its got some very fish looking aspects, such as the full nose and the winged tail, and the volume is high and distributed in the centre of the board with a full nose too.

The rocker line is quite flat to promote early planing, and there is a central concave with a rear channel to promote speed too. Built using Airush’s custom epoxy construction the Mini Monster Convert falls under the Eco Board label meaning the core is recyclable, non-toxic and renewable sandwich materials are used in the layup, and it’s all fused with a bio-resin.

As boards go, it’s about as eco as the surf industry can be. The neatest trick up the board's sleeve, however, are the inserts for the foil. Rather than going with a full track system which adds weight and causes drag, the team at Airush used foot strap inserts leaving you with less added weight and less drag as these small holes are the only evidence it is a foil board when you ride it in surf mode. 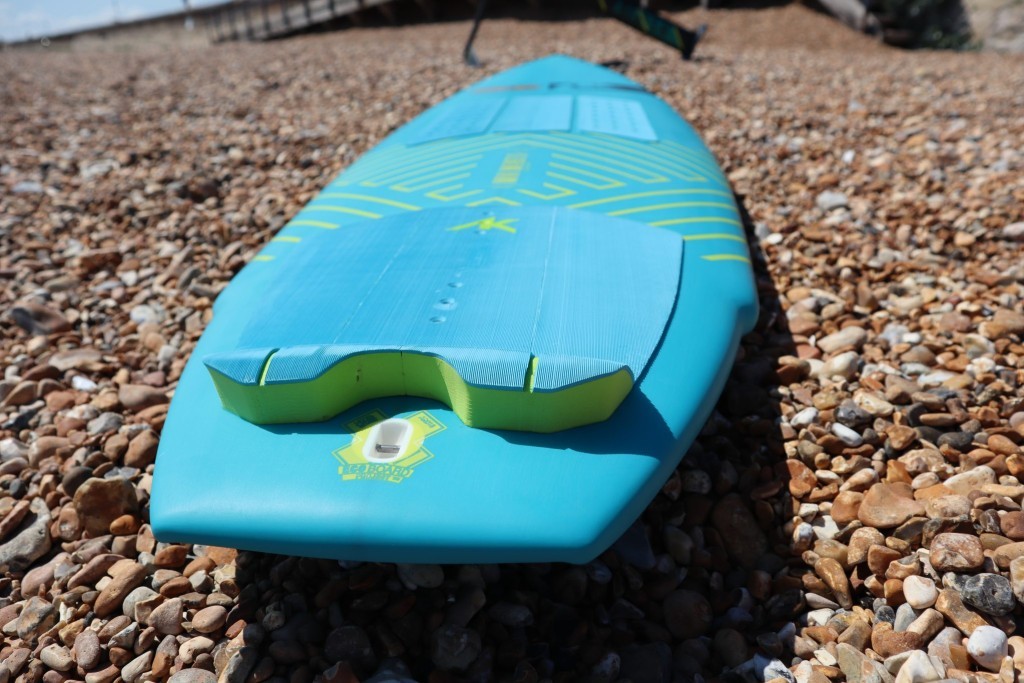 You can have a choice of fins with the setup, and the Futures boxes means there are a plethora of aftermarket choices out there. We rode it with the stock Airush fins, but also with some K4 options too. The deck pad is the modern style we are seeing more and more of, think less diamond-shaped lumps and more smooth rubber ridges to keep you connected.

Overall, the finish on this board is impeccable, and it will certainly attract your attention when you see it on the beach: it looks ready to rip. 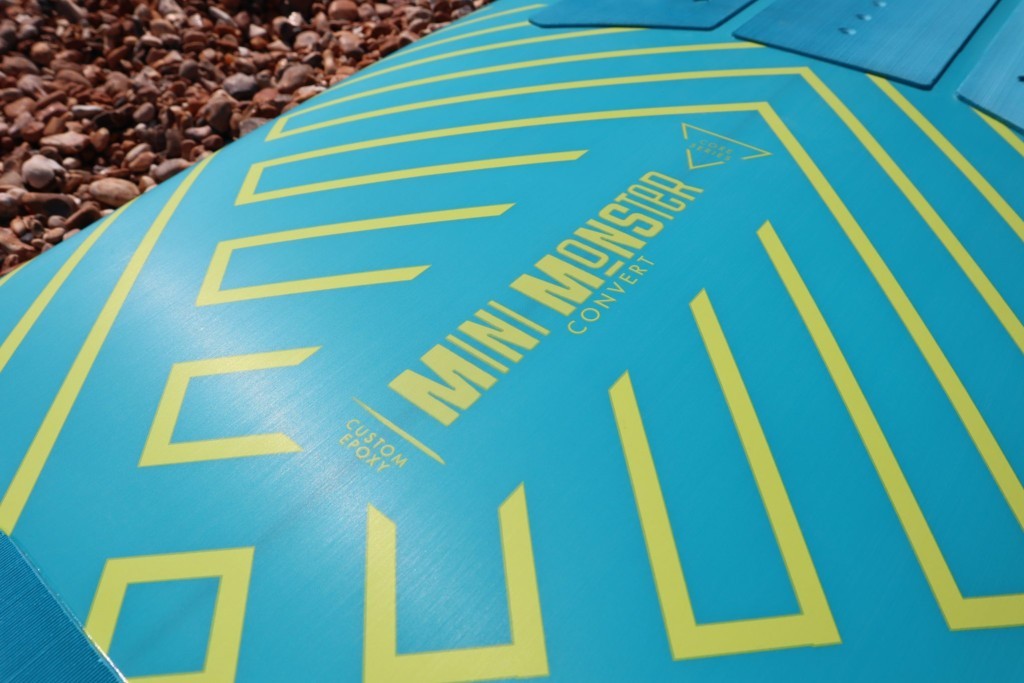 We first tried the Mini Monster in its convertible mode as a foil board. Initial fears about the small bolts and inserts allayed by the UK distributor, we set out into the ocean hoping we wouldn’t lose an expensive bit of kit. It’s always a worry when you bolt together new gear, but we needn’t have been concerned, with the plastic washers removed and the thin metal ones in place we got plenty of turns on the bolts and the connection to the mast top plate was as solid as they come.

It’s not the easiest of boards to ride strapless, and you’re going to need some skills to water start it. Thankfully there are inserts for straps that make it a lot easier. The wide outline and high volume make it tricky to get into position and keep it there without extensive use of one arm, meaning you can’t steer the kite with two until you are really half out the water with good pressure on the board and foil.

That being said, stick a front strap on there, and it is easy to control with your feet, get the thing dialled and remove the strap when you are ready to would be our advice. As a foil board, it is stiff and fun to ride; it doesn’t feel like a convertible underfoot; it feels totally natural. You do run the risk of a nosedive if you aren’t paying attention, the rocker is flat to enable it to plane early in surfboard mode, but otherwise, it handles well when you do touchdown and aren’t on the foil. 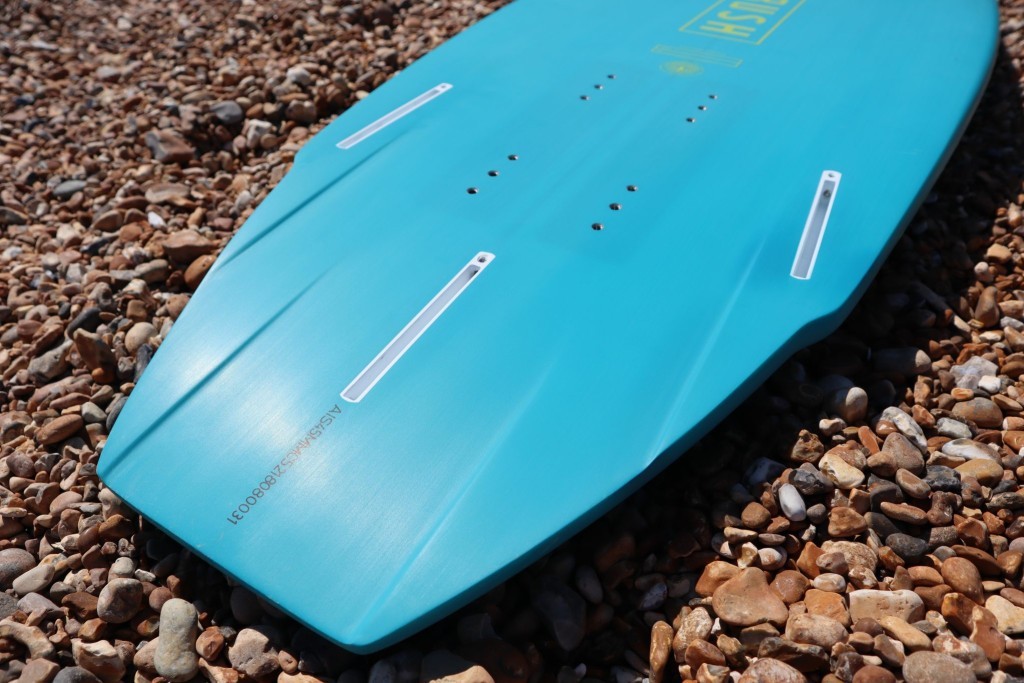 Stainless-steel inserts for minimal drag when the board is not being used in foil configuration, while still enabling a simple mounting process for foil use.

In fact, the wide nature and high volume make it easy to learn the foot movements for tacks and gybes off the foil, which makes it a good board for a range of riders. In really light winds that flat rocker and wide outline can cause the board to stick a little as you get up on the foil but give it a good pump and you are off and away.

Take the foil off, and the charms of the Mini Monster are revealed even further. In light winds on flat water, it’s great fun to rip around on, it is really early to plane and holds speed well even in gusty conditions. Plenty of pop for strapless fun and its small squat stature makes it easy to throw around.

Search out some Euro slop though, and you’ll be sold on the board’s potential. Small fish like shapes are always a blast in small waves, and the Mini Monster is right up there with the best of them. You’ll find it carries speed when the wave is lacking, and that dynamic tail shape is ready for fast snaps off the top of the mush, allowing you to chuck some buckets with ease. 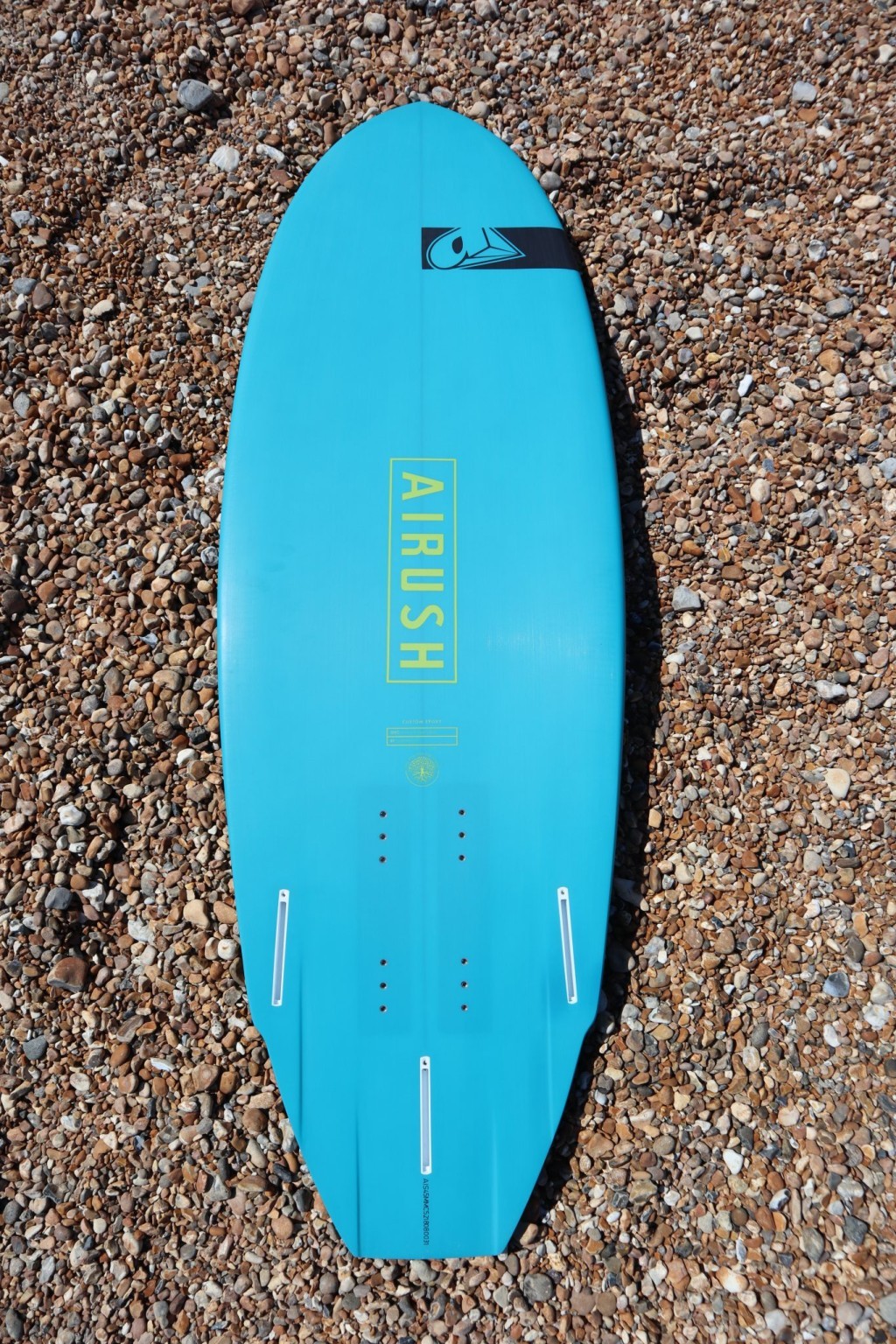 Convertible boards are always somewhat of a compromise, often they end up stuck in the middle ground and aren’t terribly fantastic at either of their stated purposes. The Mini Monster is no such creature: it performs incredibly well as a fun strapless surfboard for light winds, loves throwing some shapes on small onshore waves and even more so on down the line ones.

The foil inserts, while inconspicuous, don’t hold back its ability as a foilboard either. Beginners will need a strap for sure, but experienced riders will be able to stick the foil on when the wind doesn’t play ball and have hours of fun on this highly engaging eco stick from Airush. 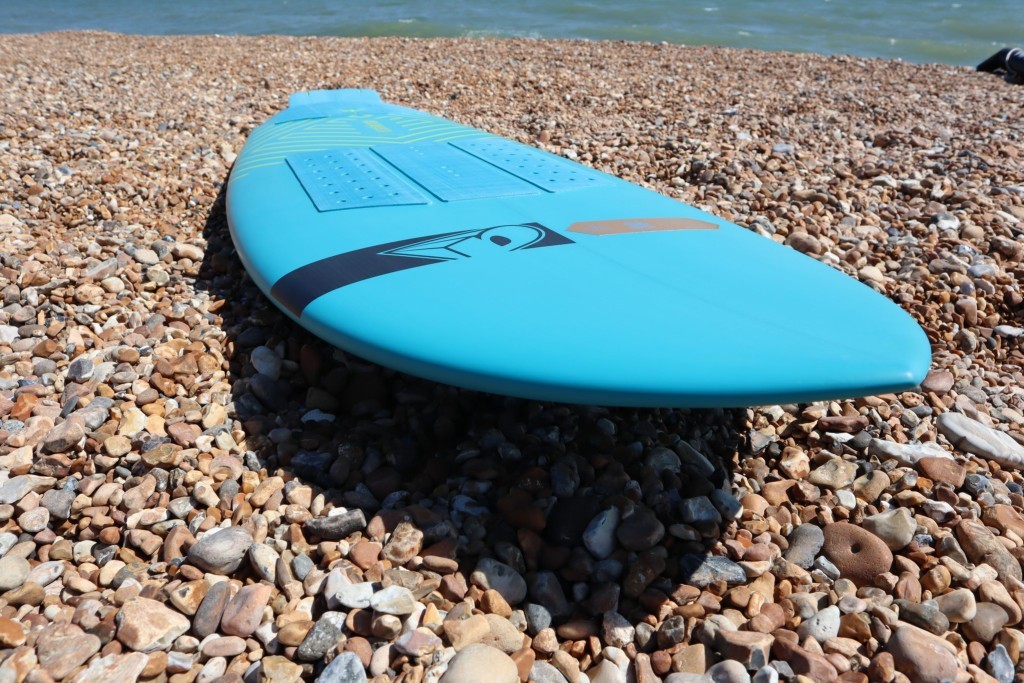 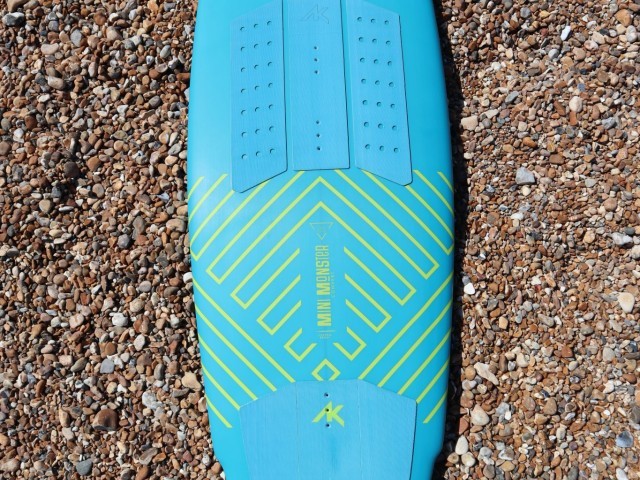 This review was in Issue 76 of IKSURFMAG. 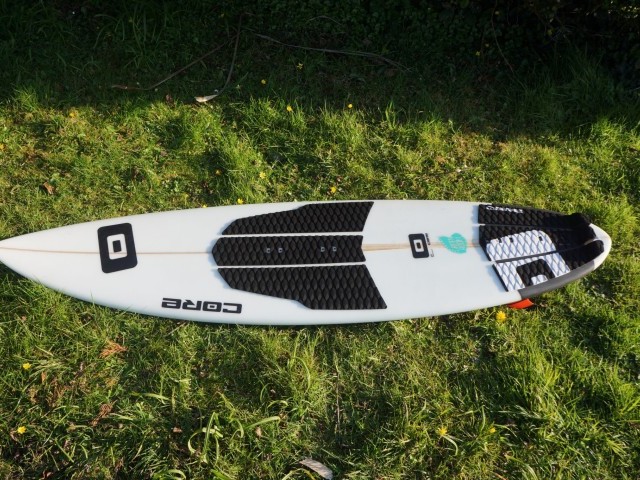 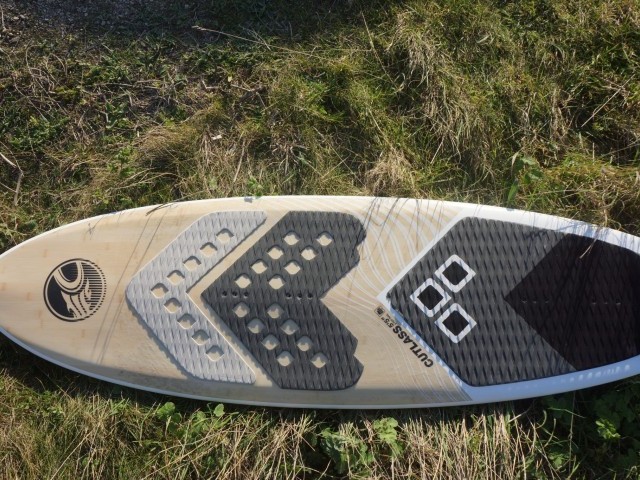 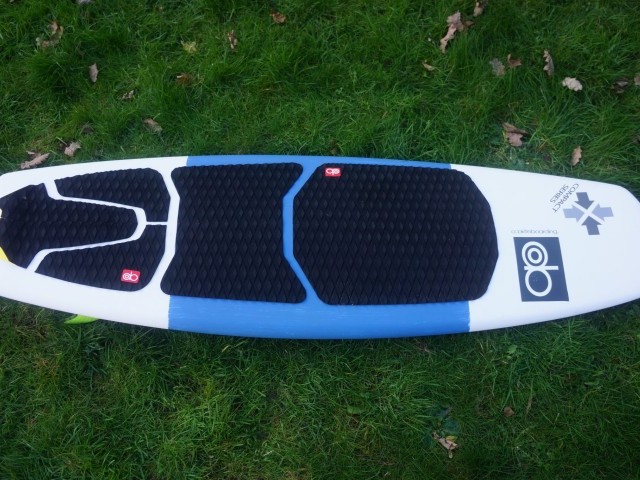 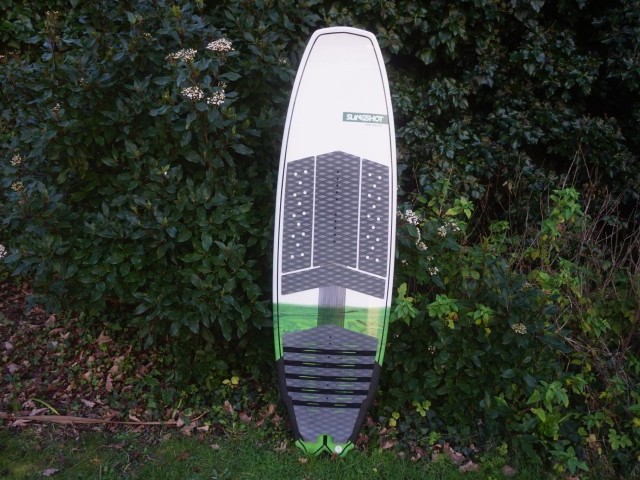 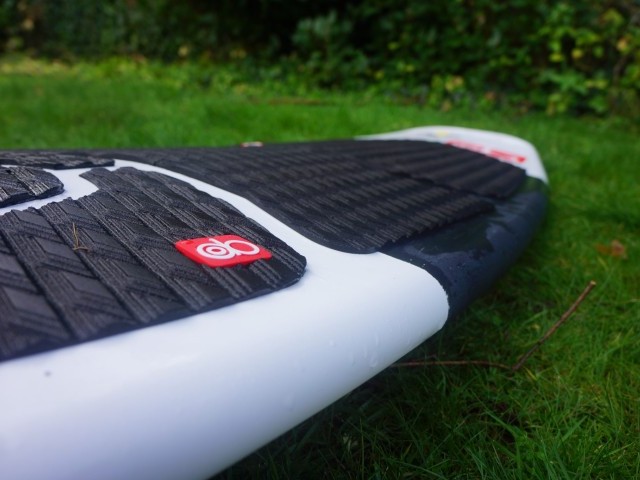 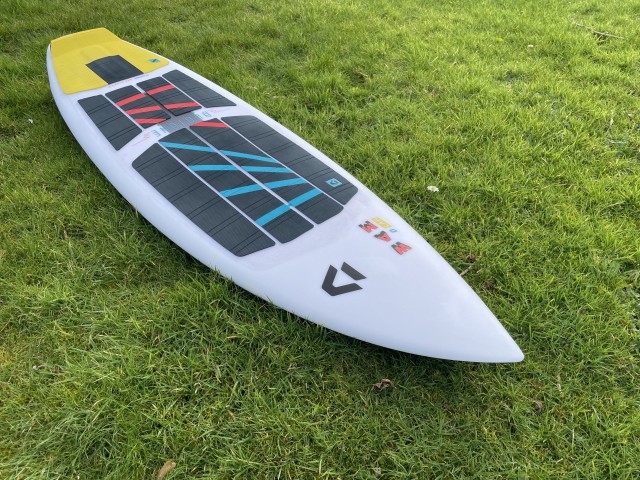 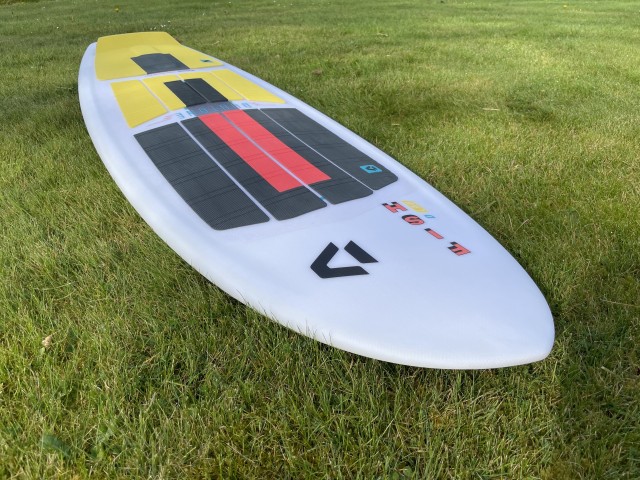 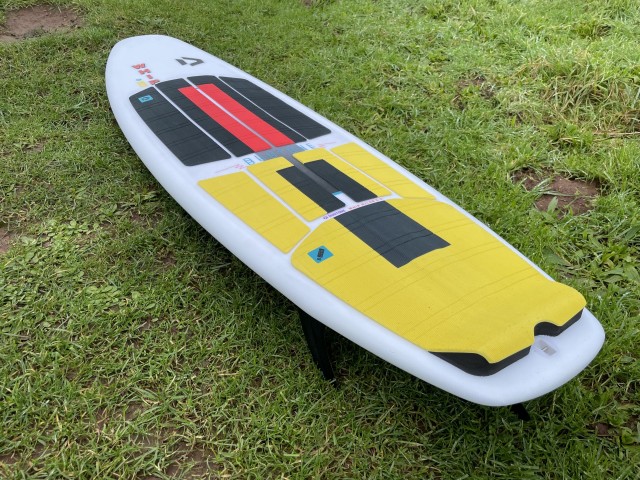 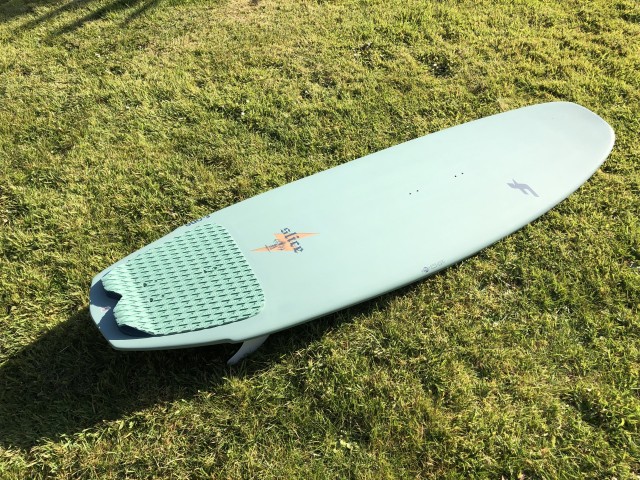 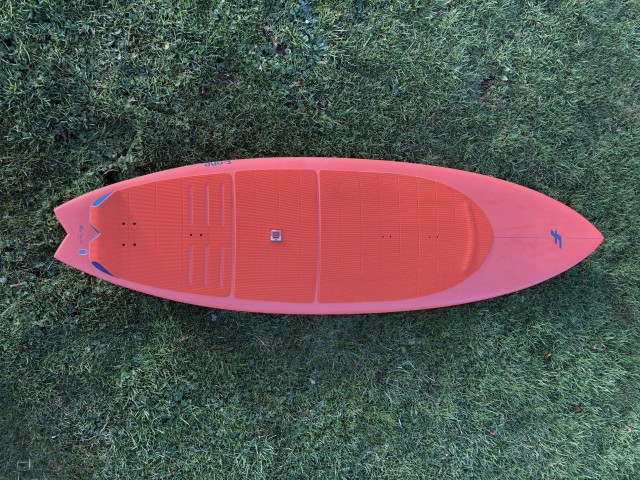 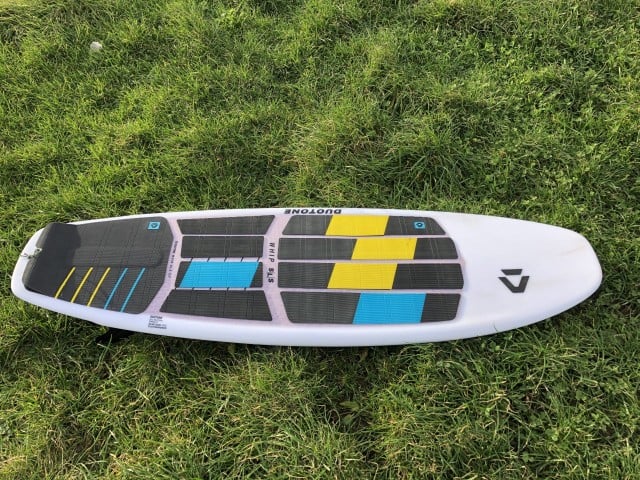 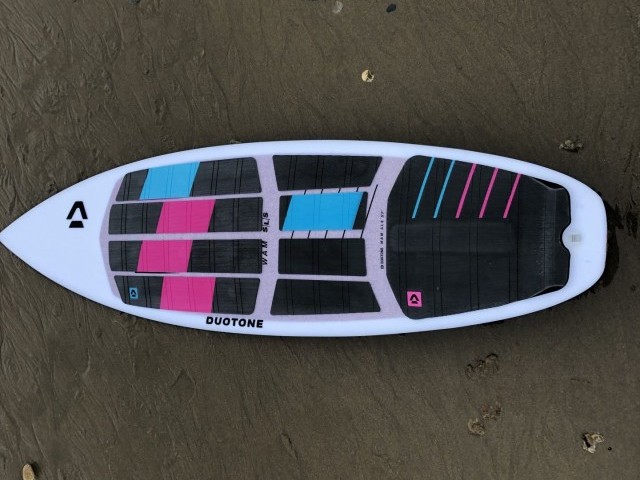 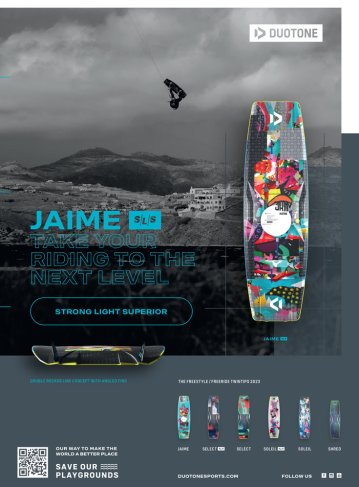 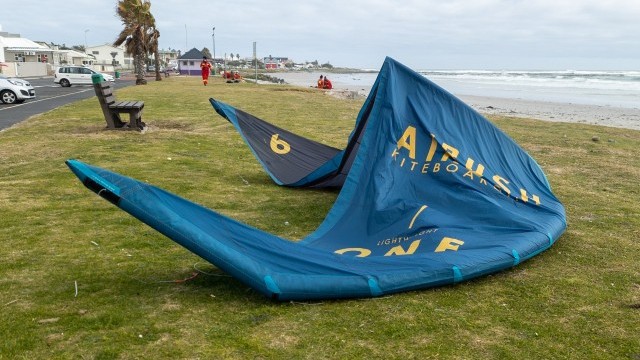 This is the 2nd generation of the One from Airush, just released in September 2021. Our South African based test team were lucky to get their hands on it so early, being a hop, skip, and a jump away from Airush headquarters, located in the surfside town of Muizenberg. The One V2 has been designed with simplicity, usability, and durability… 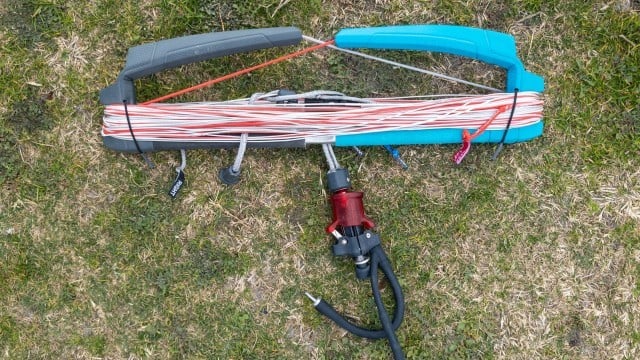 The all-new Airush Ride bar is a clean, simple bar that is easy to use and designed to work with all 4-line Airush kites. It comes with 24m lines and features the Aero cleat trim system and tool-less adjustable throw, which means you can set the length of your depower to fit the length of your arms; Even T-Rex's would… 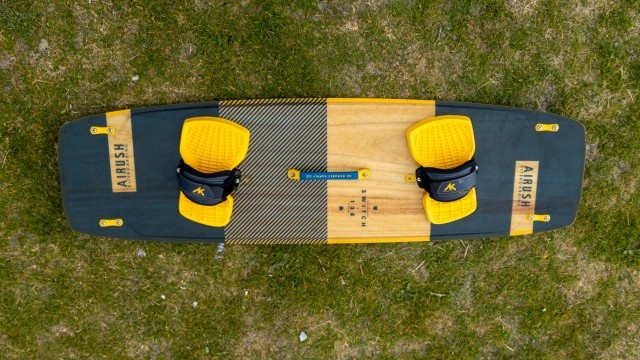 The 2022 Airush Switch is an absolute stunner with its Palownia exposed wood core and simple, modern graphics. We know graphics have no impact on the performance of a board, but when a board looks this good, we're pretty sure we look better riding it! To be fair, there aren't too many hideous boards on the market, but we are… 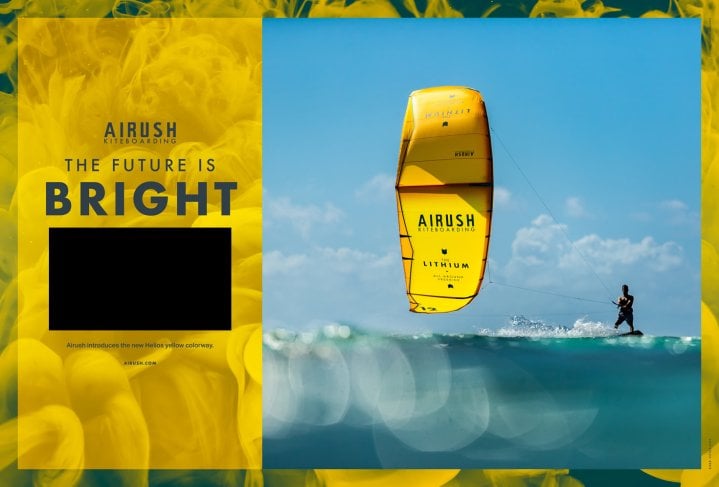 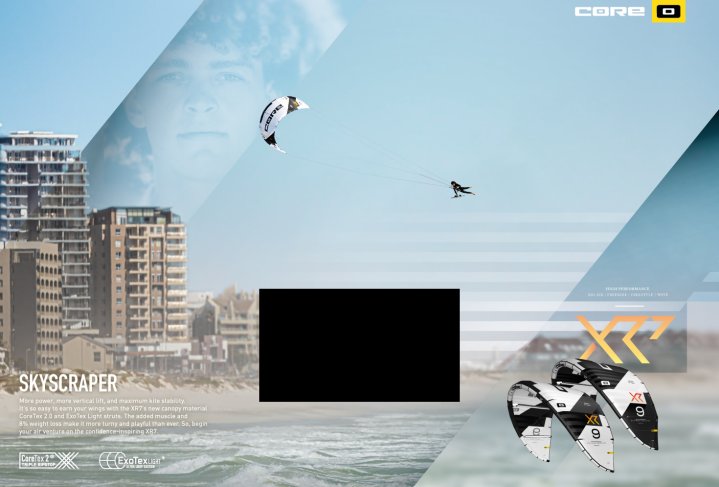 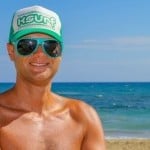