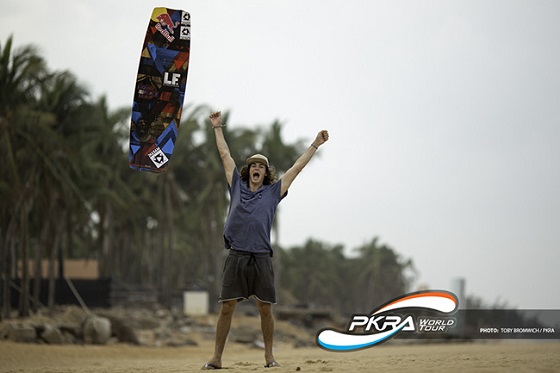 It’s been a long season on the road for the PKRA competitors this year with controversy putting in an appearance more than once during the season. On the fifth and final day of the Hainan International Kitesurf Festival, Christophe Tack (BE) and Karolina Winkowska (PL) were finally crowned the 2014 PKRA Freestyle World Champions. At the closing ceremony their World Championship titles were officially announced along with the top four finishers in each competition category. 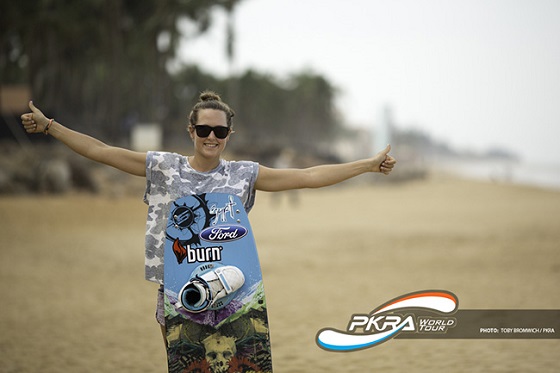 Karolina takes the championship after controversy in penultimate round

Fighting all the way to the very top this season Christophe Tack had his share of challenges during the season, with pressure from being applied by on form riders, Liam Whaley (ES), Mark Jacobs (NZ), and Aaron Hadlow (UK). Since his first entry into the PKRA in 2011, Christophe has been a regular top ten finisher, but until this season he never really had the strength or form to break into the top three. This year however has been his breakout year, with better direction and flowing style he has gained strength and consistency season after season finally breaking out and snatching podium after podium at events this year. “I started getting better a better results, and then once you actually get to the podium, I was like, man – I want to do that again.”. “I think it is a matter of believing, man, I did it once, I can do it again; I’m not overestimating myself.” 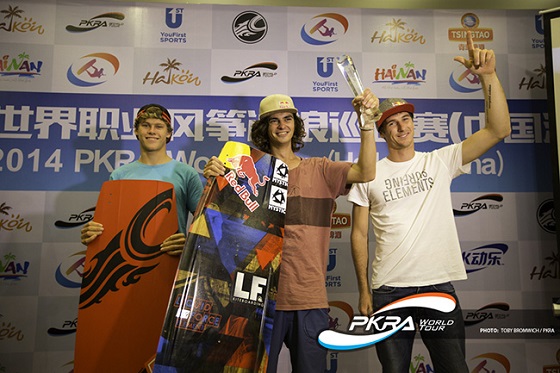 In thew women’s category Karolina Winkowska finally took victory over Gisela Pulido after an IKA ruling at Pingtan. “It’s such a relief that it’s the end and to win the title,” commented Winkowska. Karolina has earned her World Championship victory this year, as she says “It’s a world tour, It’s not one event, it’s not one trick that counts, it’s a whole year. We’ve been working and traveling from Panama in February until now China. It was a whole year of competition and I showed my best at each location and that’s why won and it feels really amazing.” 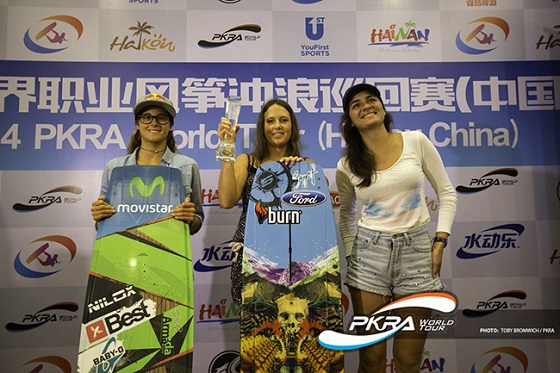 In the women’s category the level of riding has stepped up a gear once again.New riders such as women’s Rookie-Of-The Year winner, Annelous Lammerts (NL), provided the additional pressure that pushed the women‘s riding to new heights. Men’s Rookie-Of-The Year winner went to David Tonijuan (ES), who made his entrance into the ladder -immediately recognized for his technical riding and fluid style. 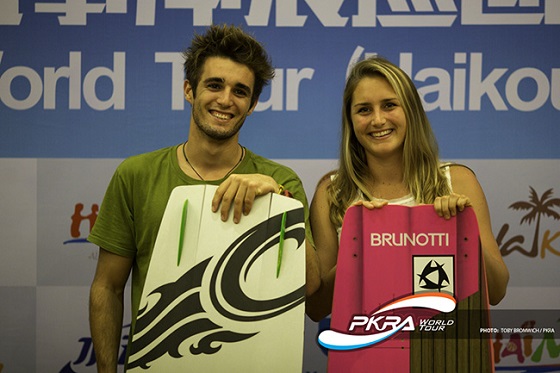 Rookies of the year

After good conditions on day4 of the Hainan event day 5 yielded no winds and no results to affect standings, leaving the results from yesterday’s last round to stand as the final results for the event. Naturally the top four men and women, shared first place finishes with all semi-finalists effectively taking top spots.

As the third consecutive year in Haikou, the PKRA was excited to return to Hainan Island, Over the course of the year, with all the waters shredded, the heats lost and won, and faces and countries known and visited, we are excited moving towards 2015.  We look ahead to the riders, disciplines, and tricks that will makeup the evolving kiteboarding landscape and challenge the champions of today.  As the 2014 PKRA season comes to a close, stay connected to the PKRA through all of its media streams for all latest news, updates, and information on the upcoming 2015 tour season.  Facebook   Twitter   YouTube   Instagram