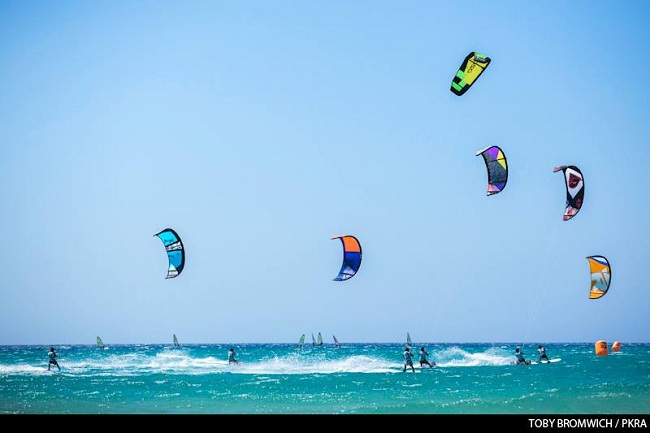 Gisela Pulido and Julien Kerneur are the winners of the PKRA Slalom Fuerteventura on the last day in epic 30 knot winds.  The wind stayed strong throughout the day and riders were on 5 to 8 meter kites.  The Fuerteventura PKRA men’s World Cup title and prize was up for grabs until the last race of the day where 3 riders moved up in the rankings.  All the competitors did an amazing job throughout the week racing at top speeds in very challenging conditions.

The riders demonstrated how competitive and challenging slalom can be in high winds. The Races started early so that the riders could have a long break between races and that this did not have to run the races in the evening high winds.  The prize ceremony was held after four full races and Julien Kerneur, Oswald Smith, Reno Romeu, Gisela Pulido, Paula Novotna and Karolina Winkoska were called to the podium.  The racers were happy to claim their prizes knowing that they had taken part in the first PKRA Slalom Fuerteventura ever. 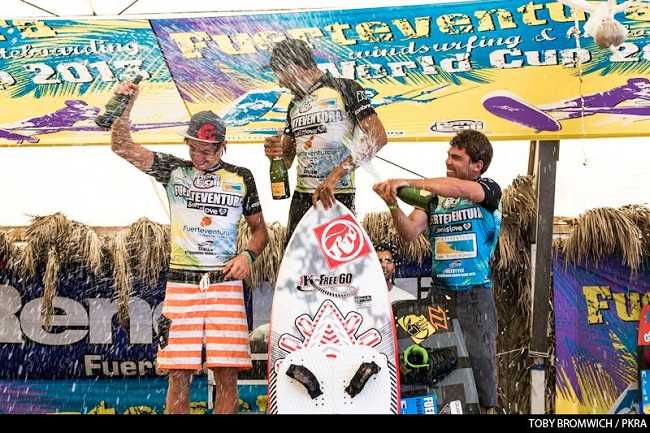 The first final of the day only had four racers because three were over early in the previous rounds and did not make the final.  Reno thought he was in but was already disqualified.  Adam Withington and Ariel Corniel battled the whole race with Corniel just edging him out on the last leg.  Gunnar Biniasch was third.

Race ten had six racers charging hard, Reno Romeu took the lead and was the man to beat today with incredible speed.  He was followed by Oswald Smith and Julien Kerneur.  Ariel Corniel had a big wipeout and got the wind knocked out of him.

The full fleet of women returned to the water in the final of race eleven with Gisela going out in front followed by Paula Novotna returning after her hard crash from yesterday.  Karolina had a massive crash at mark two when she down looped her kite.  Rosinska went on to finish third, followed by Titova. The men were up next with Smith coming out full speed and getting a bullet to lead after eleven races.  Corniel was second, with Kerneur getting another third place finish.  Reno edged out Withington for fourth with Serin finishing in six. 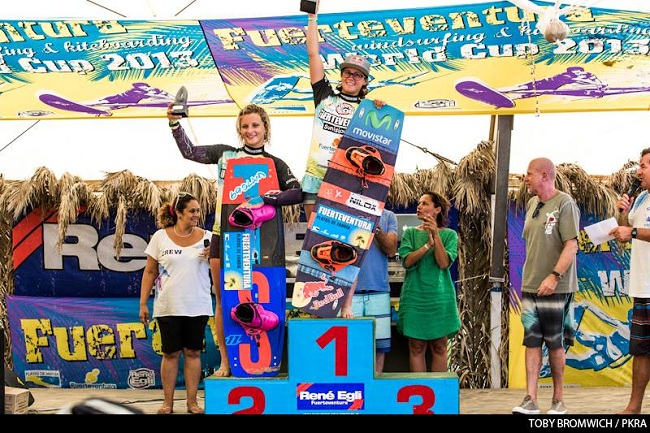 Everything came down to the last race, with less than five points separating the top men; a lot was riding on the final.  The course was altered with only two marks to make it all about speed.  The guys started full speed with Reno moving to the front by the first mark, Kerneur and Oswald battle hard but unfortunately for Smith his chicken loop became unhooked and crashed.  Corniel capitalised on it and got third.  Serin was fourth and Withington fifth.  After the race was finished the scores were tabulated and Kerneur regained first form Smith, Reno passed Corniel for third and Serin passed Withington for fifth.  The ladies final had only four women on the water with Winkowska sitting out.  Pulido easily won in front of Novotna. 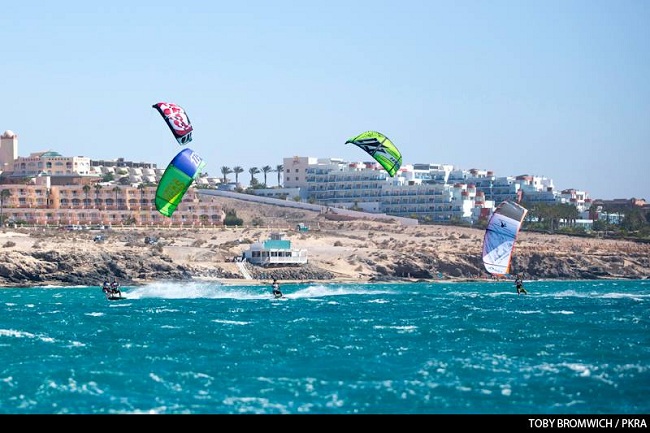 This was a great slalom event; it pushed the boundaries of kite racing and showed how exciting this discipline can be.  The next event will be in Turkey in three weeks, with another $10,000 up for grabs.  Congratulations to our winners and all the competitors that took part of first PKRA Fuerteventura Slalom event.  The freestylers registered today and will be starting the trial tomorrow morning at 11:00 to qualify for one of the 14 spots left in the main event.  Follow all the action LIVE and on Facebook and Twitter. 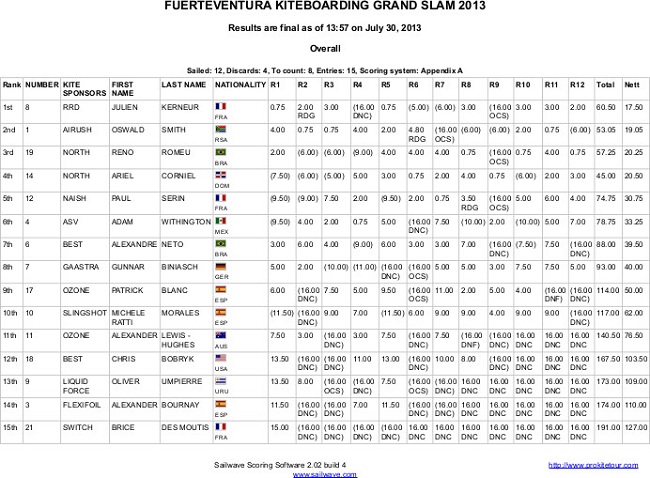 WEIRD Watersports From the Past

Kiting in a Hailstorm

The Best "Day Off" EVER!