The name of the contest- The Triple-S, which stands for Slicks, Sliders, and Surf- is now just a throwback to the early days. Building on the success of last year’s sliders-only event, the Wind Voyager Triple-S Invitational will contain only one, capital S again this year. In a move to focus more energy on the exploding feature-riding side of the sport, the Triple-S will run as a park-only event for the second year in a row, in 2016. Triple-S organizers noticed that when they ran all three disciplines, riders and spectators just craved sliders, so they adapted the event to meet these demands. The Triple-S Invitational, hosted by Real Watersports in Waves, NC, will run from June 4-10, 2016. 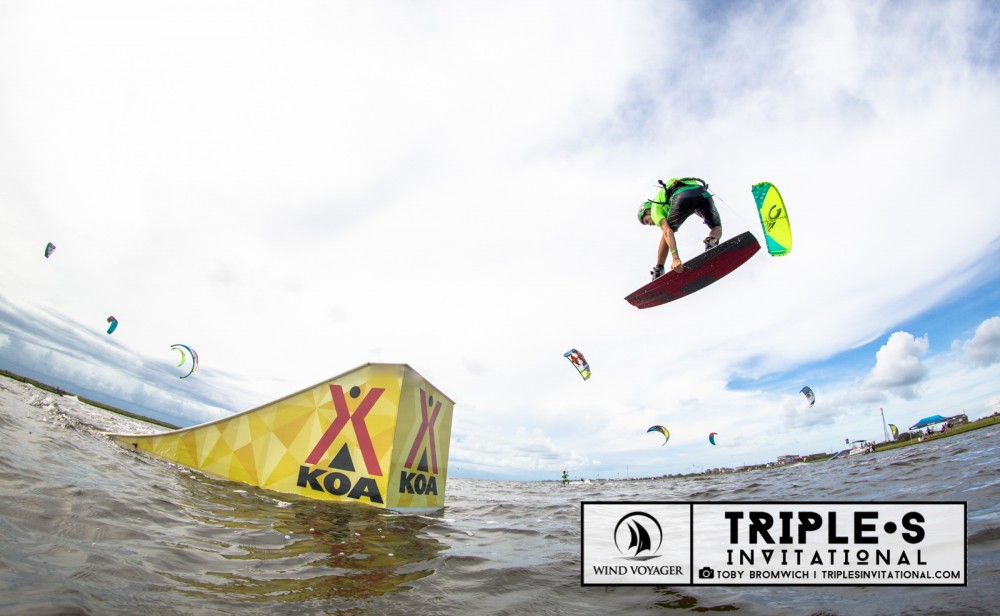 With more park events popping up all over the globe, and with the creation of the Kite Park League, kiters have been given more incentives to focus on park riding. Riders are training harder, dedicating more time, and pushing the level in the park because more is at stake. These factors could cause this year’s contest to be more progressive than ever. Top riders now spend a majority of their year riding on features, both behind a kite and under a cable. For example, Brandon Scheid is at one of the burliest cable parks in North America for a week of solid training. He has been landing double-flips, and surely he hopes to bring his new tricks into the REAL Watersports slider park during the Triple-S next month.

The shift to a sliders-only format for the second year in a row could indicate that the Triple-S has achieved what it has been aiming for since day one: park riding is becoming mainstream. Thanks to a new title sponsor, Wind Voyager, the Triple-S will be awarding $50,000 in prize money this year, one of the biggest purses in the kiteboarding world. 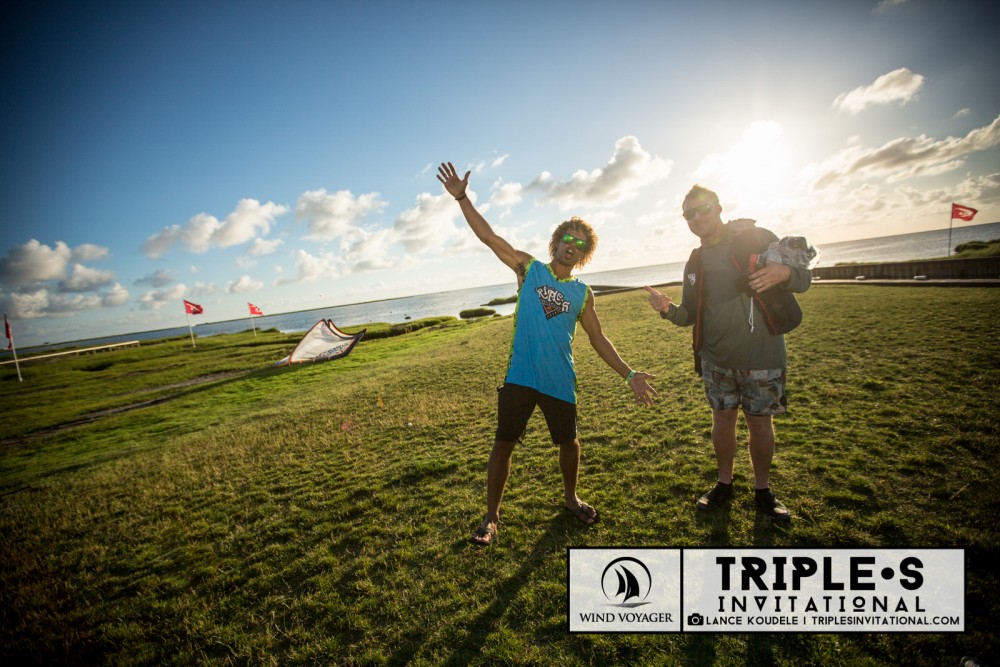 There are always surprises at the Triple-S. Stay tuned to see what goes down this year.

Wind Voyager is a new, luxury catamaran that will be setting sail this fall. Wind Voyager is a young company that was started by a crew of former REAL Watersports employees and customers. The Wind Voyager will traverse the Caribbean in search of pristine, untouched kiteboarding locations. The yacht will follow a flexible route that constantly chases the best conditions in the area.

This year’s Triple-S Invitational will look a lot like the event last year. However, organizers are hoping that consistent southwest wind will allow them to stretch the contest out over 3 + days. A riders roundtable will again be held before the event kicks off to ensure that the competitors have a voice in the scoring. Barring any major changes from the event organizers, the competition will follow the format described below. 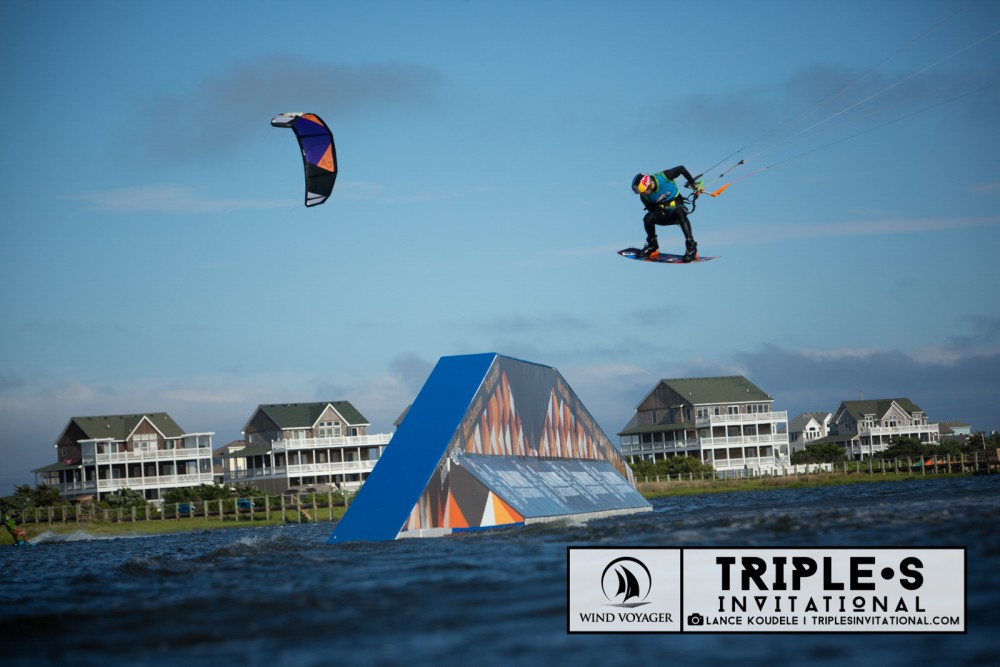 Many of the world’s best riders will be converging on the REAL Watersports slider park this spring.

The park will be arranged in 3 mini-parks. One will consist of a kicker and the Liquid Force reverse rainbow rail, another with a kicker and the North rooftop rail, and the third park will contain the massive John Wayne up-flat-down. The riders will be divided into groups, and each group will rotate through each park. Conditions dependent, each rider will be given 2-3 tries on each feature, and their highest score per feature will be applied to their overall score. Top scoring riders will advance from the qualifying round to the semi-finals and then the finals. 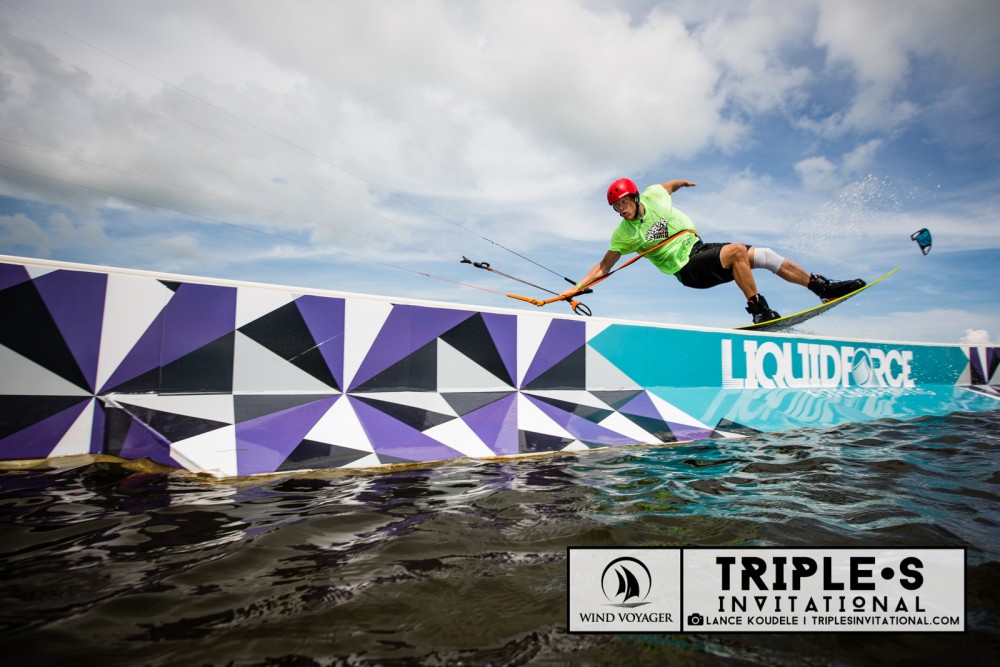 This year’s Wind Voyager Triple-S Invitational will be all about progression.

This year, the Triple-S Invitational is pushing progression. For example, extra recognition and prize money may be awarded to competitors that land the biggest and best tricks of the contest. The idea is that some competitors might prefer to go for big tricks, instead of playing it safe to try to win the overall. This new category will reward the go-big-or-go-home mentality. 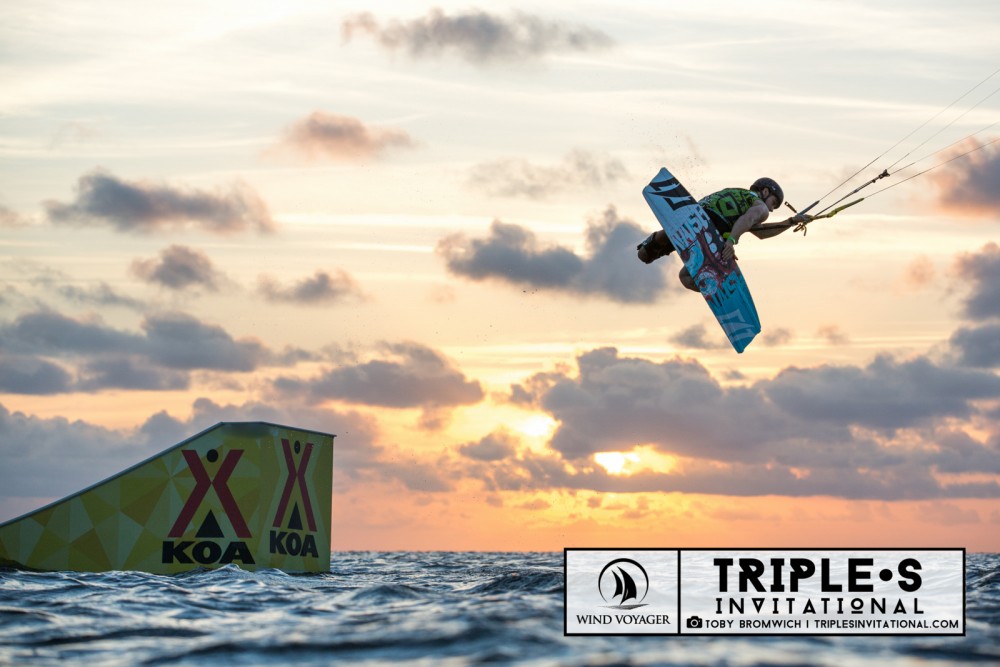 The goal is to keep a low-pressure vibe on the water, so riders feel like they’re in the middle of any other session with their friends. Organizers believe that the format they’re rolling out this year has a lively, high-paced, raw feel that will allow riders to build on each other’s energy and excitement. This format is designed to give competitors the chance to show their best tricks while giving spectators and judges a venue to compare the riders head-to-head.

The judging last year was much more transparent, with riders scores for each feature being tabulated and distributed quickly at the end of the event. This system will be replicated again this year. The judging team will include Brian Wheeler as the head judge, Josh Wright who has judged for the Wake Park World Series, Eric Worrall, and Justin Worrall. 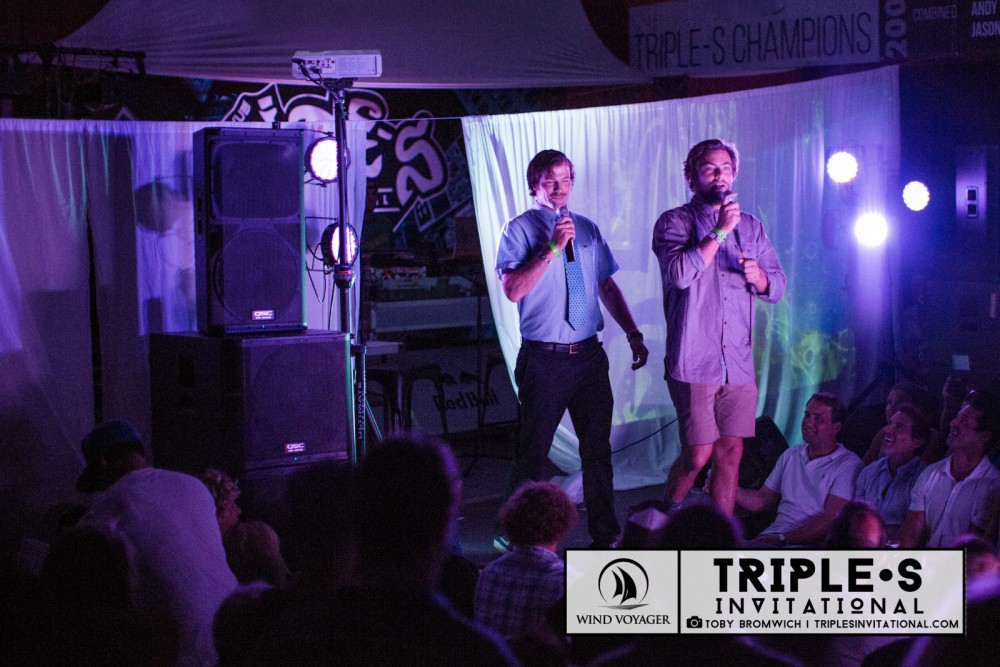 Back this year, the Sunset Swim Charity Fashion Show, which will take place on June 9.

The Triple-S Invitational has been an event that has transformed the sport in the past, and riders will certainly be slamming never-before-landed tricks again this year. Check out the Wind Voyager Triple-S Invitational website for details about the event, and to see a list of the invited riders.

Stay tuned, the 2016 Wind Voyager Triple-S Invitational is primed to be more exciting than ever!

A lap around home - wingfoil racing in Austria