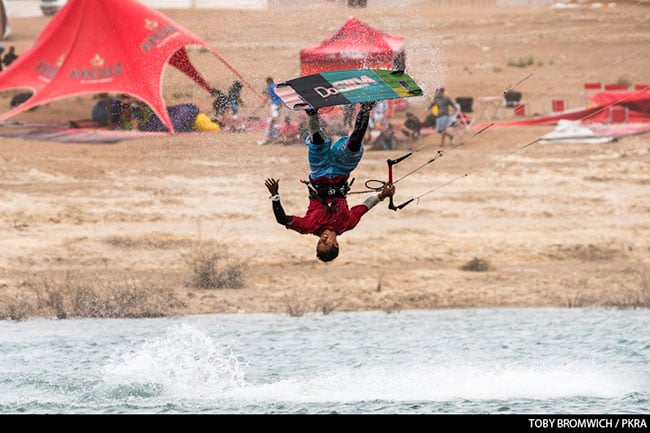 In what could only be described as an electrifying, wild, and windy day, the sixth and final day of the Kitesurf World Cup Argentina was one for the record books. To the surprise of many, the light and variable winds that were forecast, gave way to up and down conditions ranging from 5-25 knots, lending to an amazing final day.

With 22 heats still left in order to finish the single elimination, riders and crew were unsure of whether the wind would last long enough to finish – but it was worth a try. For the riders, this day held the last opportunity for them to improve their overall tour ranking as well as battle for the podium of this prestigious finale tour stop, where the 2013 World Champions were to be crowned. 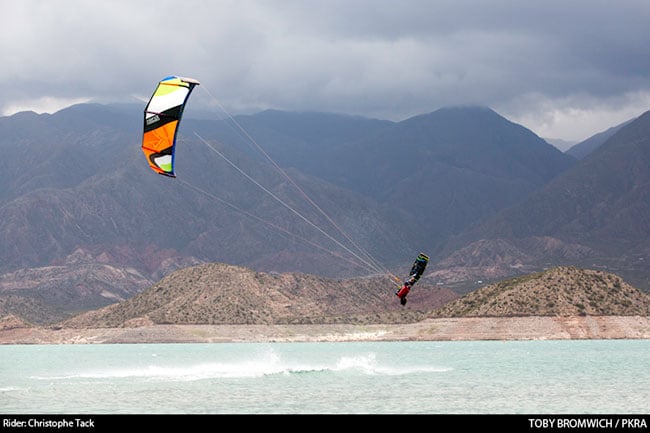 The competition got underway beneath cloudy skies and building, yet gusty wind. Ladies were the first to hit the water with the early rounds bringing no surprises with Van Westerop, Jungo, and Pulido advancing.

Taking the stage next was the men’s round two heats, which provided exciting action as the winds suddenly increased dramatically, blowing streaks of sand across the water and sending riders scrambling to secure their kites.

Most notable from this round were the upsets that happened in some of the strongest winds of the event. 15 year old Brazilian tour rookie, Carlos Mario, stopped tour veteran Reno Romeu with his varied technical fluidity that he would demonstrate throughout the remainder of the day. 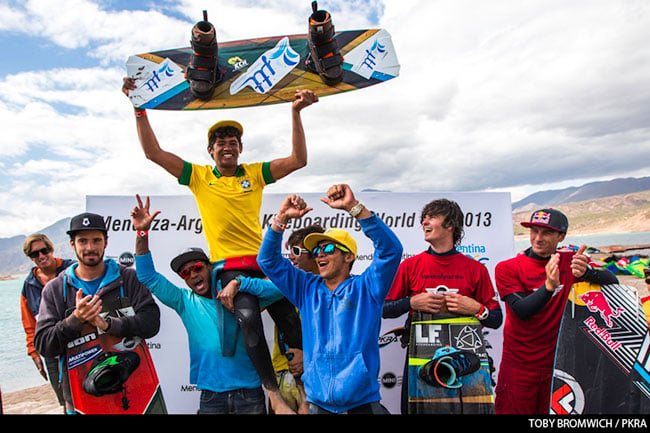 Neto and Whaley also battled for the chance to move on, and although Whaley landed a nice Back Mobe 5 and Front Blind Mobe, among others, it just wasn’t enough against Neto’s Crow Mobe 5, SMobe 5, and high scoring Slim 7.  Borisov managed to oust Alberto Rondina in a close heat, which saw solid riding from both riders.

As the fleet of men advanced to the quarter-finals, winds backed off and began to steady with riders using kites in the 11-13m range. With very close heats and impressive riding from all of the riders, it was the more decorated tour veterans taking the wins as Tack, Hadlow, and Pastor advanced.  The exception was again Carlos Mario, who beat out Marc Jacobs in a impressive battle.

The talented rookie Mario continued his climb up the ladder, meeting Tack in the semi-finals. A trick for trick battle early on in the heat ensued and Tack landed a nice S-Mobe 7 as Mario answered back with a BJ7. Big tricks unfolded throughout the heat from both riders. In an extremely close heat, Mario moved on to the winner’s final against current tour leader, Alex Pastor.

In the women’s division, it was Novotna who took third over Jungo in the losers finals, while Annabel Van Westerop met Gisela Pulido in the finals. With Van Westerop’s consistency and ever-expanding arsenal of tricks, she was able to keep the pressure on the entire heat but finally fell as Pulido’s power and execution led to a first place. 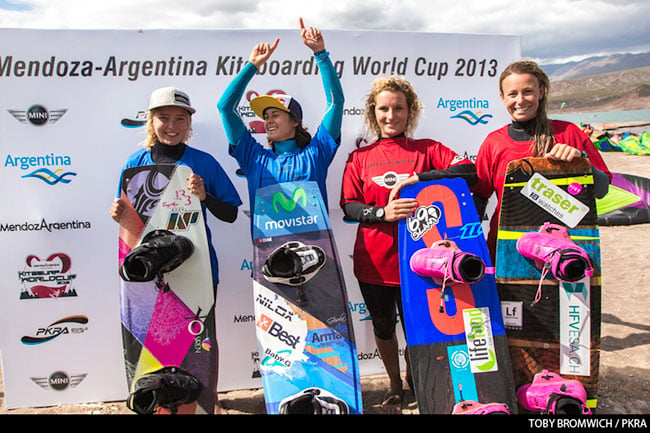 The battle for the men’s podium spot came to a crescendo during a heat that would leave the riders and spectators on the beach wondering who would take top honors of this inaugural event.  Mario’s arsenal of well-executed technical tricks such as a Hinterberger 5 and 319 pushed him just in front of Pastor, advancing him over the 2-time vice world champion – and soon to crowned 2013 world champion by 1.78 points. Onlookers remained captivated during this final, between the world champion and a young Brazilian sensation. It was captivating to say the least. In the losers final, it would be Tack securing the third place position over five-time world champion Aaron Hadlow 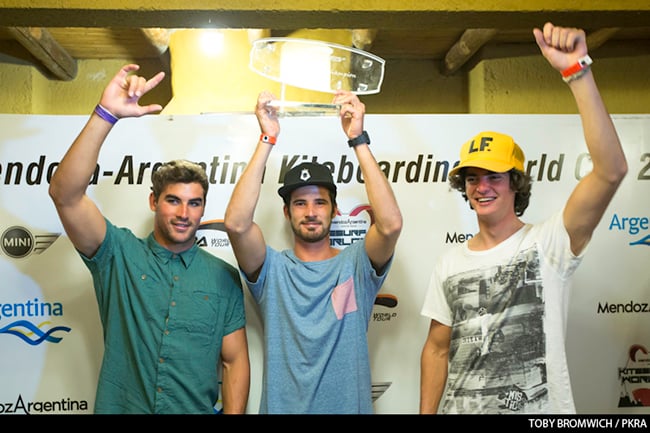 Following the incredible action of the day, the riders, media, and fans gathered at a beautiful Argentinian Villa for an awards ceremony to celebrate. Here, the champions of the Kitesurf World Cup Argentina were announced and the winners of the 2013 world titles were crowned.

Never, in the 13 years of the PKRA, has a competitor won top podium placement in their first ever PKRA event. It is riders like Mario and the World Champions of years past, present, and future, that inspire us to look forward to new challenges and adventures to come.

The PKRA would like to congratulate the winners of the Kitesurf World Cup Argentina and the newly crowned 2013 World Champions – Alex Pastor, Gisela Pulido, Brian Lake, and Christine Boenniger. 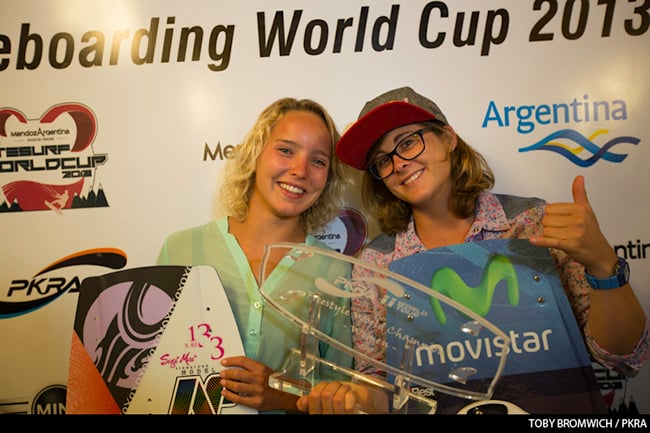 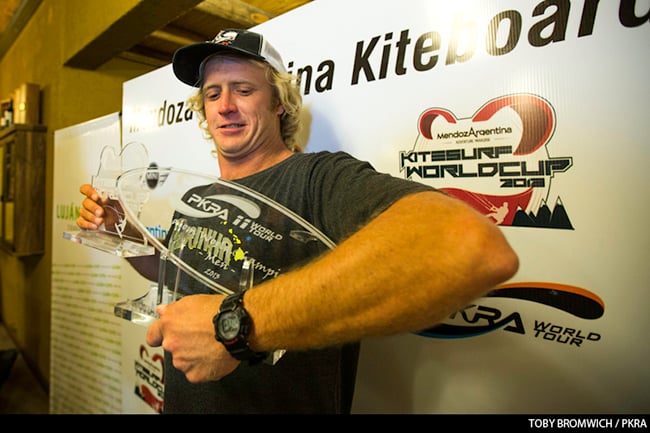 KITEBOARDER'S CREATIVITY HAS NO LIMITS

Three dudes Having fun in -8 degrees / Close to 40 knots! #kitesurfing

CrazyFly - Made in Europe - Kites and Bars

Land boarding with my sister and Jonathan Hayes

High aspect VS Low aspect foil | How to choose

Nick Jacobsen - A video on ICE