Saipan is the second largest island of the Northern Mariana Islands chain, a U.S. territory located 120 miles North of Guam. It has year-round tropical temperatures, good wind from November through April, and a large, flat water lagoon along its western shore.

Sitting just north of the equator between the Philippine Sea and the Pacific Ocean, Saipan has year-round tropical temperatures of approximately 85 degrees (Fahrenheit). The windy season begins in November and lasts until April. During these times, the wind can range from 15-25 knots. From May to September, there are still plenty of light wind days for foiling, and occasional tropical storms which produce wind and waves, though it’s much less consistent than the regular season.

The island is only about 12.5 miles long by 6.5 miles wide, so nothing is very far away. The major hotels offer bus services to and around downtown Garapan, and there are plenty of car rental places if you want to explore other places on the island. Taxi services are also available. If you are coming to kite, the best place to stay is near Memorial Park in Garapan.

There is an impressive variety of restaurants around Saipan, including local cuisine, American, Japanese, Thai, Korean, Filipino, Italian and Chinese food. Restaurants prices range from expensive to budget-friendly.

If there is no wind, Saipan is one of the best places on the planet for scuba diving. You can explore underwater caves, see wrecks from World War II, and find a variety of marine life including turtles, rays, sharks, corals, and various reef fish.

On route to Managaha Island

Saipan has fast internet all over the island, including at most hotels, restaurants and coffee shops. so, you don't need to worry about staying in touch!

There is a range of accommodations that will suit different budgets. The larger hotels include the Hyatt Hotel, Fiesta Resort, Aqua Resort, Pacific Islands Club, Kensington Hotel, Grandvrio Hotel, and Kanoa Hotel. Mid-range hotels include the Century Hotel, Serenti Hotel, Himawari Hotel, and others. There are also a few backpacker hostels and plenty of Air BnB places to stay.

Peter enjoying the whole spot to himself!

Search for Flights to (SPN)

The Cayman Islands, a British Overseas Territory, is made up of 3 islands in the western Caribbean Sea. It is famous for its tax havens to many global businesses, but recently kiteboarding has prospered due to the warm Caribbean waters and steady trade winds. Located south of Cuba it is a relatively close hop from Miami, so there are lots…

Boracay is a tropical island located in the centre of the Philippines. This small paradise is just seven kilometres long and one kilometre wide at its narrowest point. The beginning of the tourist boom started in the late ’70s when a German writer published a book about the Philippines describing Boracay’s exceptional beauty. In addition to its natural values, Boracay has…

Been to Saipan? What did you think?

Where are the Best Kitesurfing Beaches in Saipan? 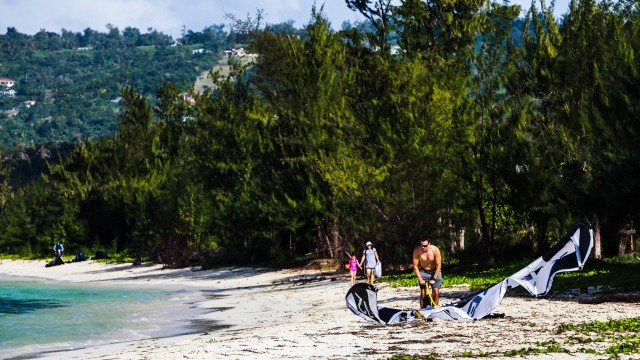 Micro Beach is the most popular kiteboarding spot and has a large, shallow flat water lagoon with consistent wind from the Northeast. The water is about waist to chest deep at high tide, and still about knee to waist high on low tides so that you can kite here at any tide. The further you go from shore, you can find larger wind chop and ramps for big air! 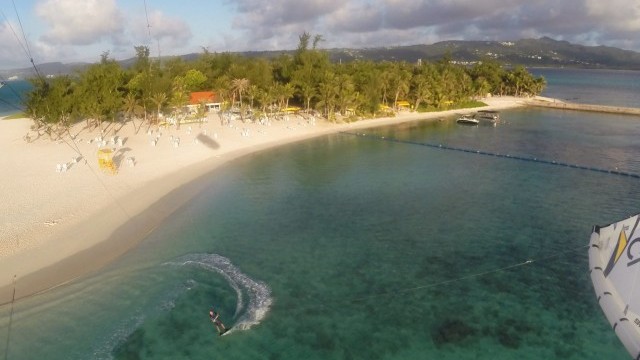 Managaha Island is a great place to kite when the wind goes 90 degrees east, though it requires a short boat transfer from the main island. Managaha can be very crowded with beachgoers during the daytime, so it’s crucial to stay away from the swimming areas and find a safe place to launch away from the other tourists. Once you get off the island, there is a large flat water lagoon to explore. 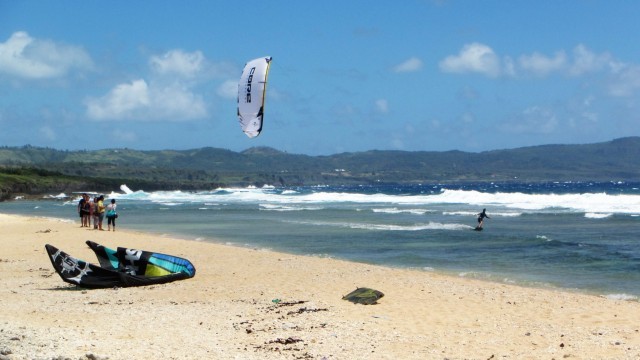 Tank Beach is another option to explore when the wind turns straight east, though it is an expert area only and is only rideable at peak high tide due to the shallow reef. There is also just a thin area to kite between the reef and the beach, so it is only possible or a few people to kite there at a time. 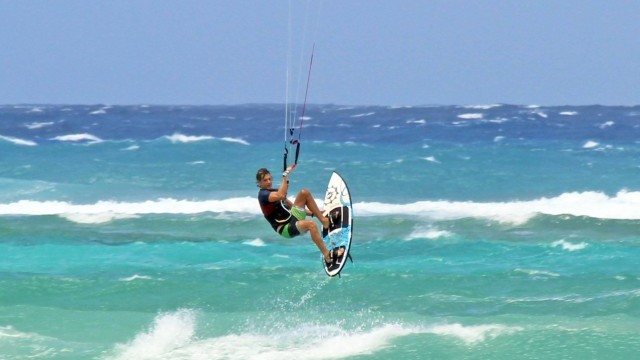 Sugar Dock Beach is along the western shore and is usually not exposed to the East/Northeast tradewinds. From June to September, however, Saipan gets occasional tropical storms which can produce wind and waves from the west. When conditions line up, this is a great place to kite in sand-bottom waves. 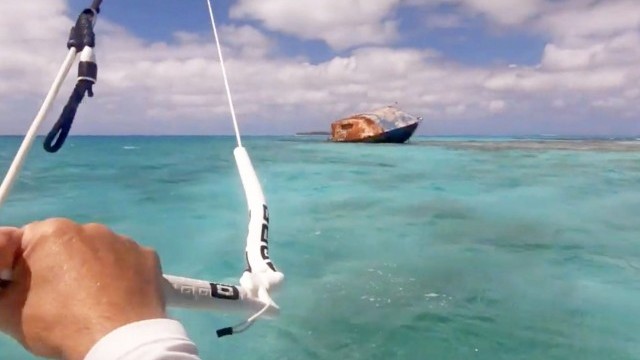 When the easterly winds swing 50 degrees to the north (or less), Saipan's northwestern shoreline opens up for exploration and downwinders. Tanapag is one of the highlights of this area, offering butter flat water closer to the shore, and a shipwreck called the "Carolina" a short ride to the south. For downwinders, you can either start at Pau Pau Beach or Aqua Resort and end at the Tanapag boat ramp or continue down to Micro Beach.

When is the Best Time to go Kitesurfing in Saipan?

Search for Flights to (SPN)

Kitesurfing Hotels and Accommodation in Saipan