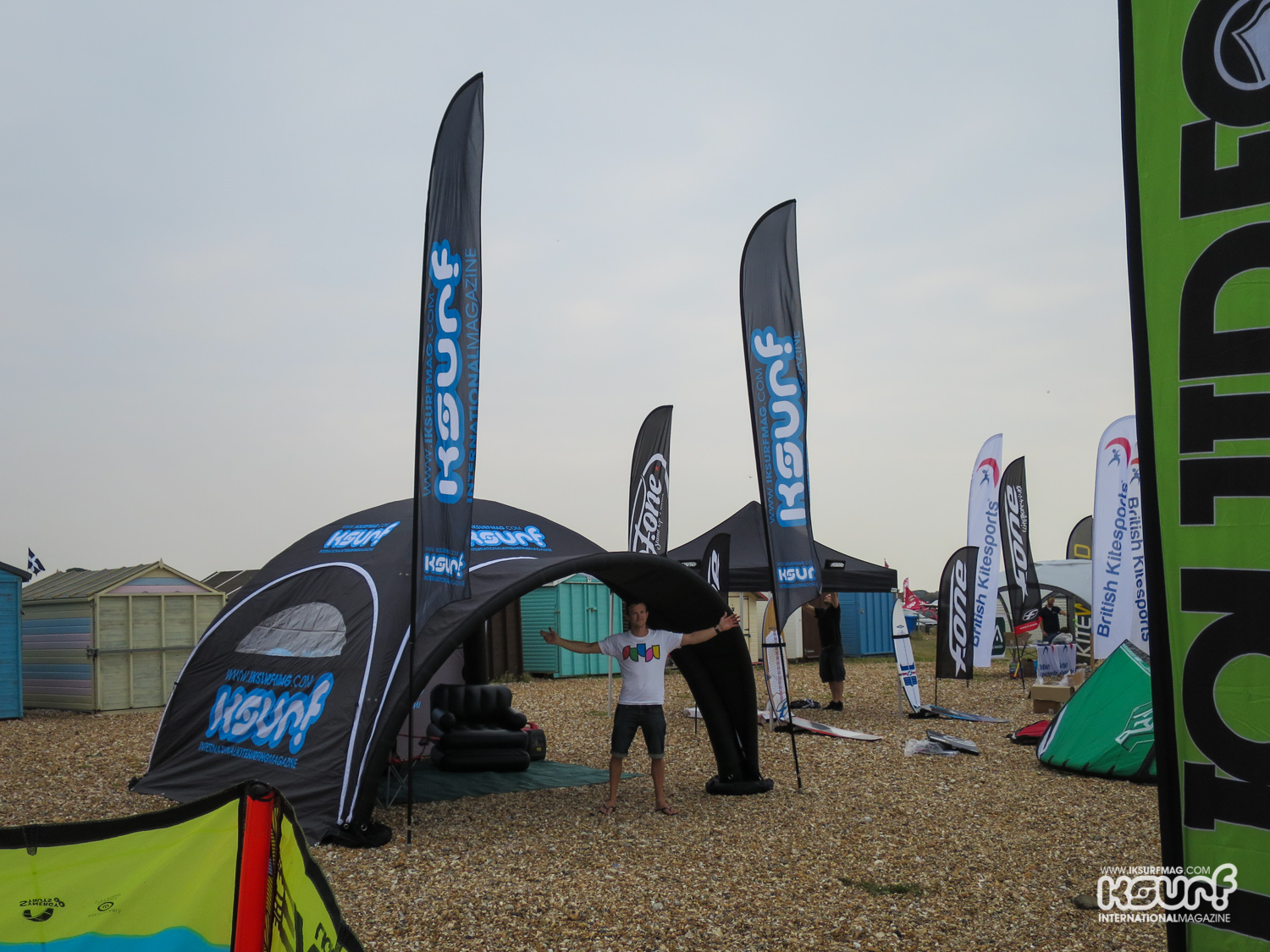 The IKSURFMAG Tent was turned into a living room on the beach!

We had a fantastic time down in Hayling Island for the National Watersports Festival last weekend, so much so it has taken us a while to find the time to write this report up! Sadly the forecast wasn’t great, but with the addition of SUP to the watersports world any forecast is a good forecast as long as it isn’t raining!

With sunshine and unseasonably warm temperatures on the horizon we were on for a fun weekend at the beach regardless. The National Watersports Festival is the brainchild of Allan Cross, he and his team did a sterling job of organising the event and ensuring there was plenty going on over the weekend regardless of the conditions. 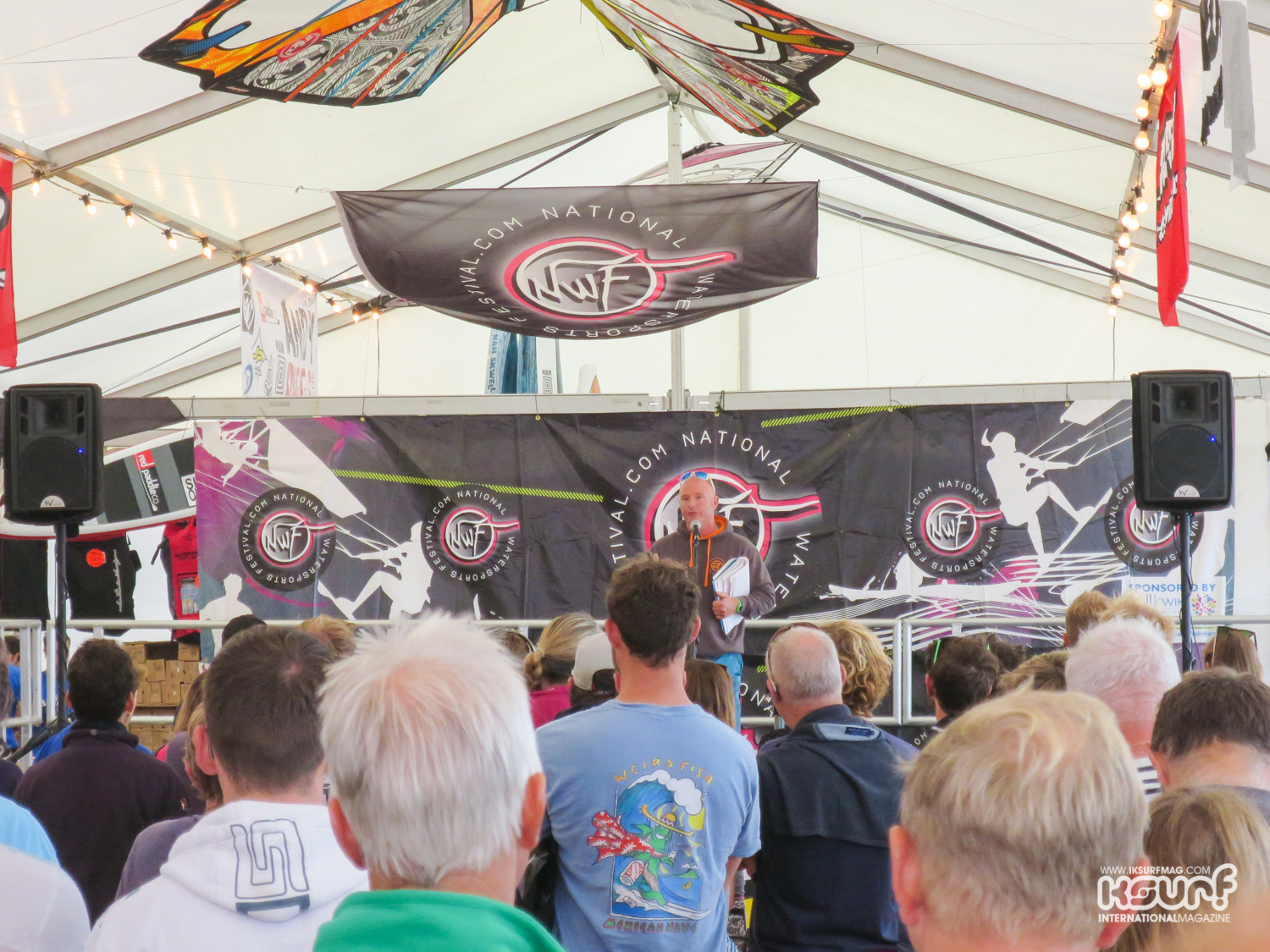 Originally a windsurfing event the festival now incorporates kitesurfing, SUP and Kayaking as well. The focus is on regular riders coming down and getting involved, whether that is in races, taster sessions or clinics, it’s up to them. There was a huge display of all the latest 2015 kite gear from the kite industry with brands like Cabrinha, Naish, F-One, RRD, Airush, North, Liquid Force and Core all in attendance. 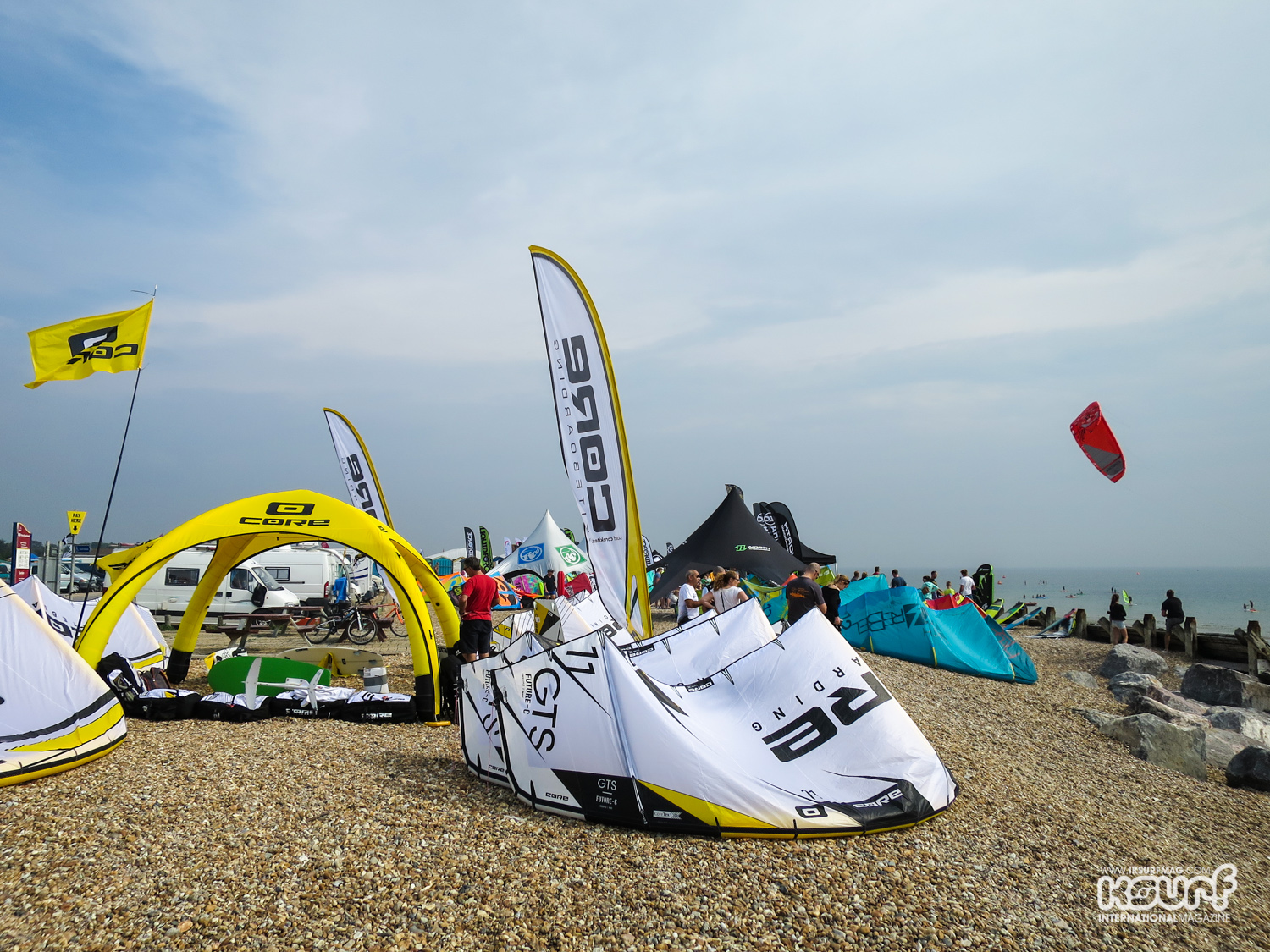 All the new Core kites were there…

In addition to the kit, our regular technique gurus Christian and Karine were on hand for short tech tune-ups over the weekend. Arguably the highlight of the kite side of the event was Jo Wilson’s huge coaching clinics. Focussing on some core basic skills she put on two to three of these each day and had in excess of twenty people attending each one! 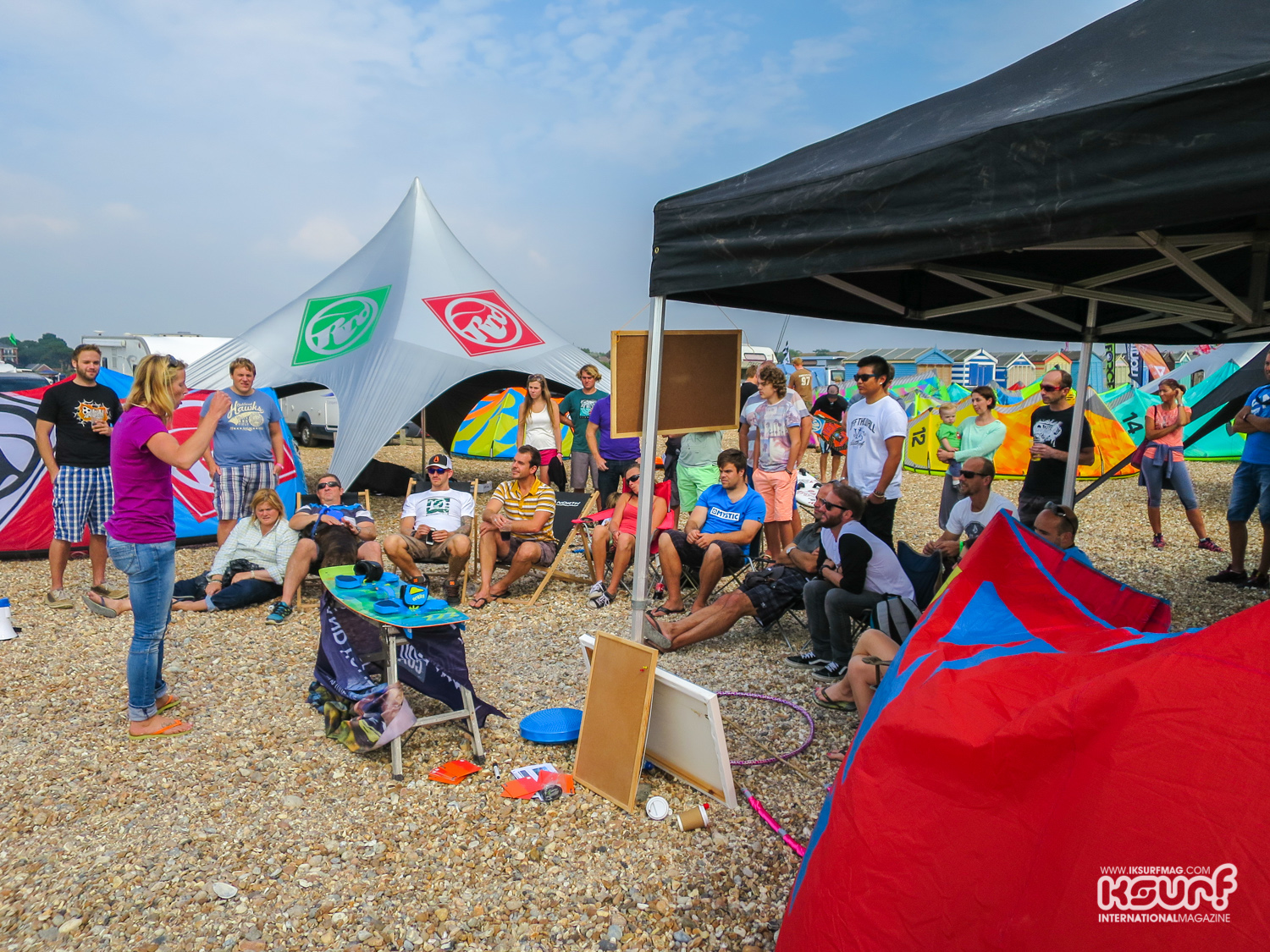 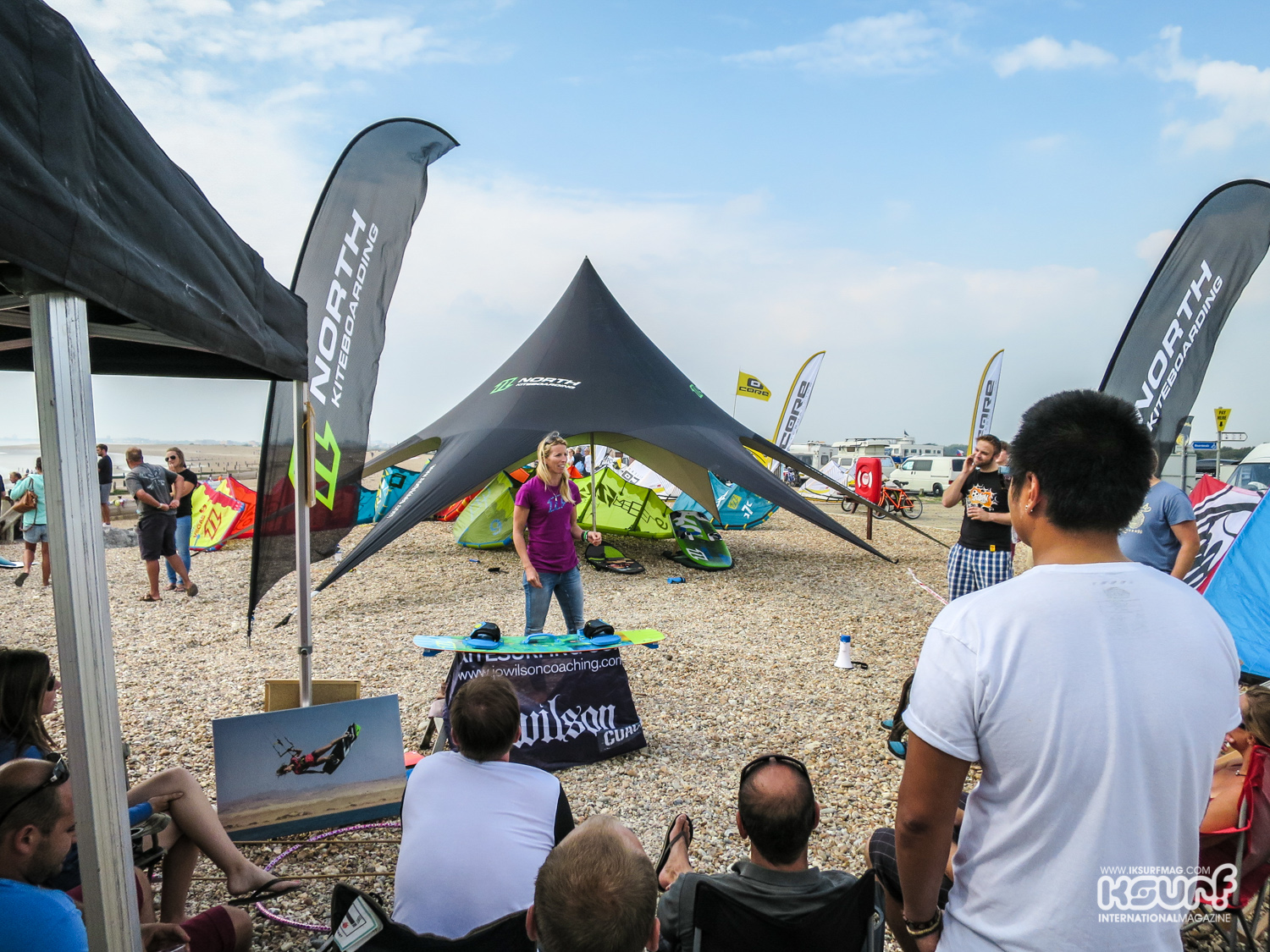 They were also free!

On the Friday the wind never really played ball, sadly, but that didn’t stop everyone heading out to the sandbar at Hayling to play on the small waves on the SUP’s. To be hones the warmth and sunshine was a welcome relief in terms of it being a very pleasant day out of the office!

Friday night’s party went down with a bang, with live music and plenty of beer and shenanigans. We were trialling our new tent which we had just received and with the help of the nice people at SoundCast UK we were pumping out the tunes with their OutCast JR speaker, this is the ultimate tool for parties outside and certainly helped us get through the weekend with chilled vibes during the day and thumping tunes at night! 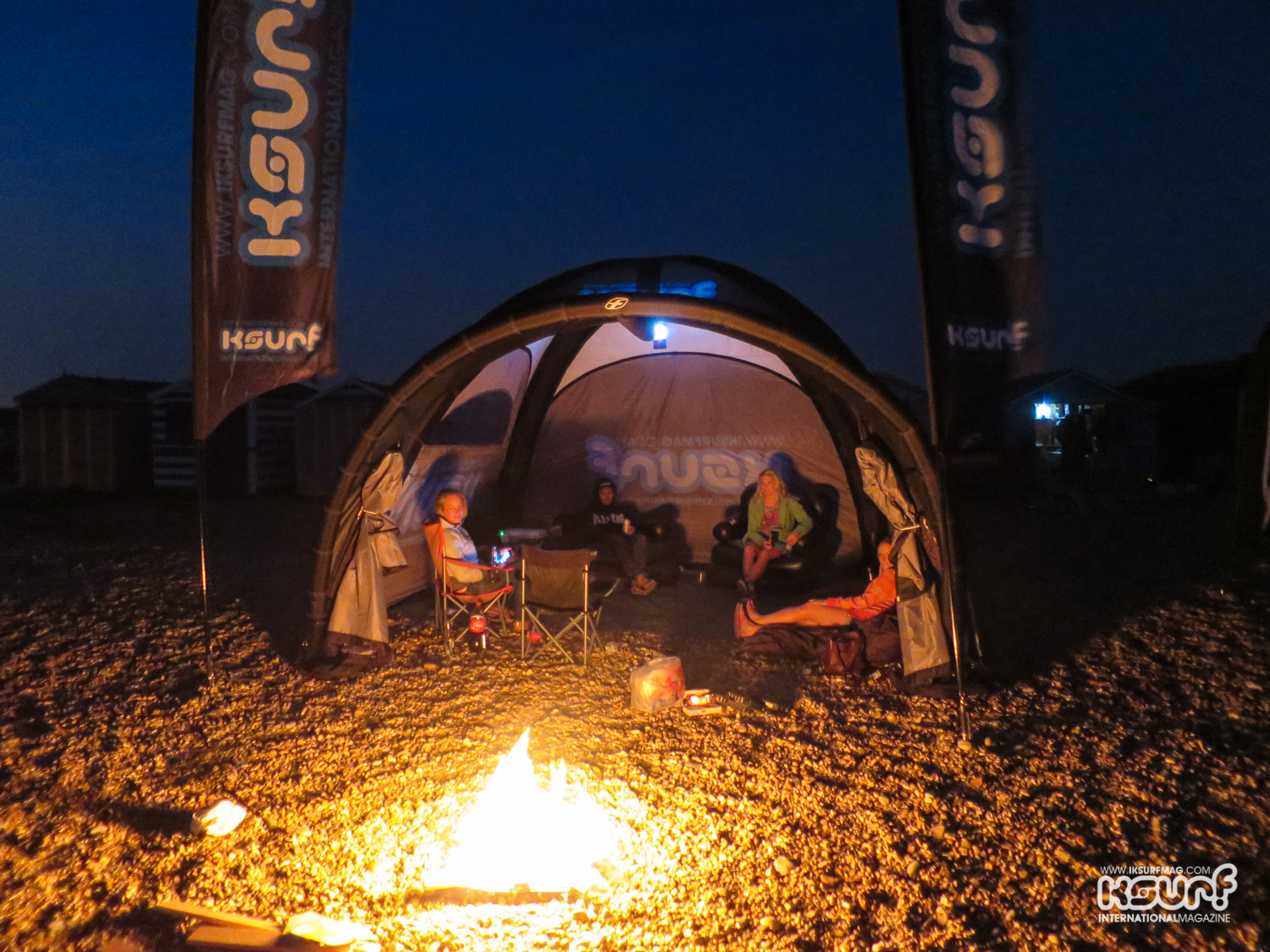 When the sun goes down… The BBQ’s come out!

Saturday we were teased with light breezes that looked like they might turn into that fabled sea breeze. As the afternoon wore on it almost looked possible on big kites and James Longmuir showed us how to ride a hydrofoil in a crabs fart with the 15m Core Riot XR LW kite. It looked impressive enough to tempt Connor Bainbridge, from the RYA Olympic Team, out on his kite race gear, but sadly it dropped about an hour after it had arrived and it was back to the SUP boards for entertainment. 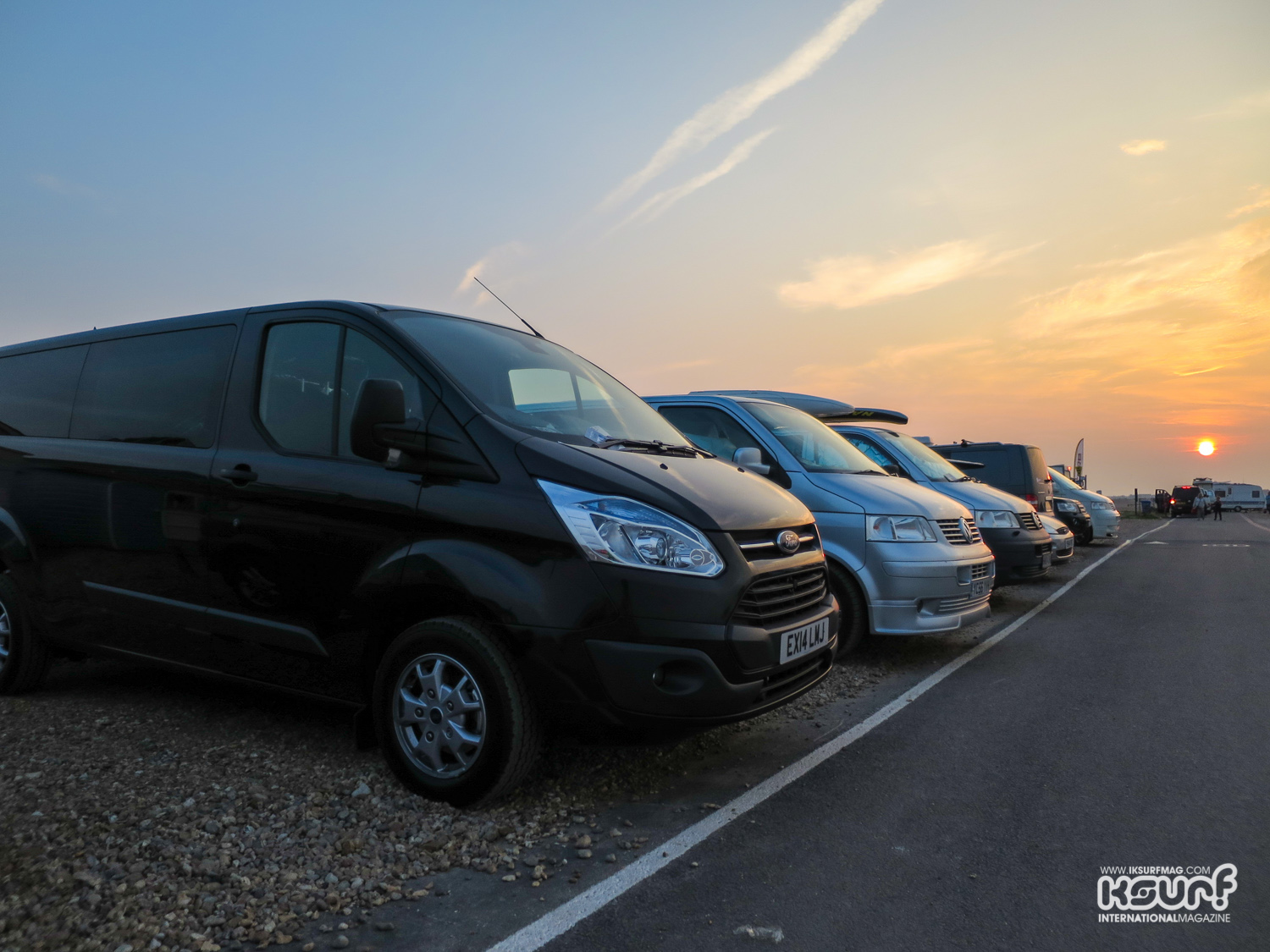 Saturday night is the big fancy dress party at the NWF and with the opportunity of a windless Sunday the thought of a hangover was thrown quite literally to the wind. There was a solid showing from the kite contingent amongst all the windsurfers with the Agent 8 crew out in full force and pros such as Sam Light, James Boulding and Jake Kelsick going hard we were certainly keeping up with the joneses. 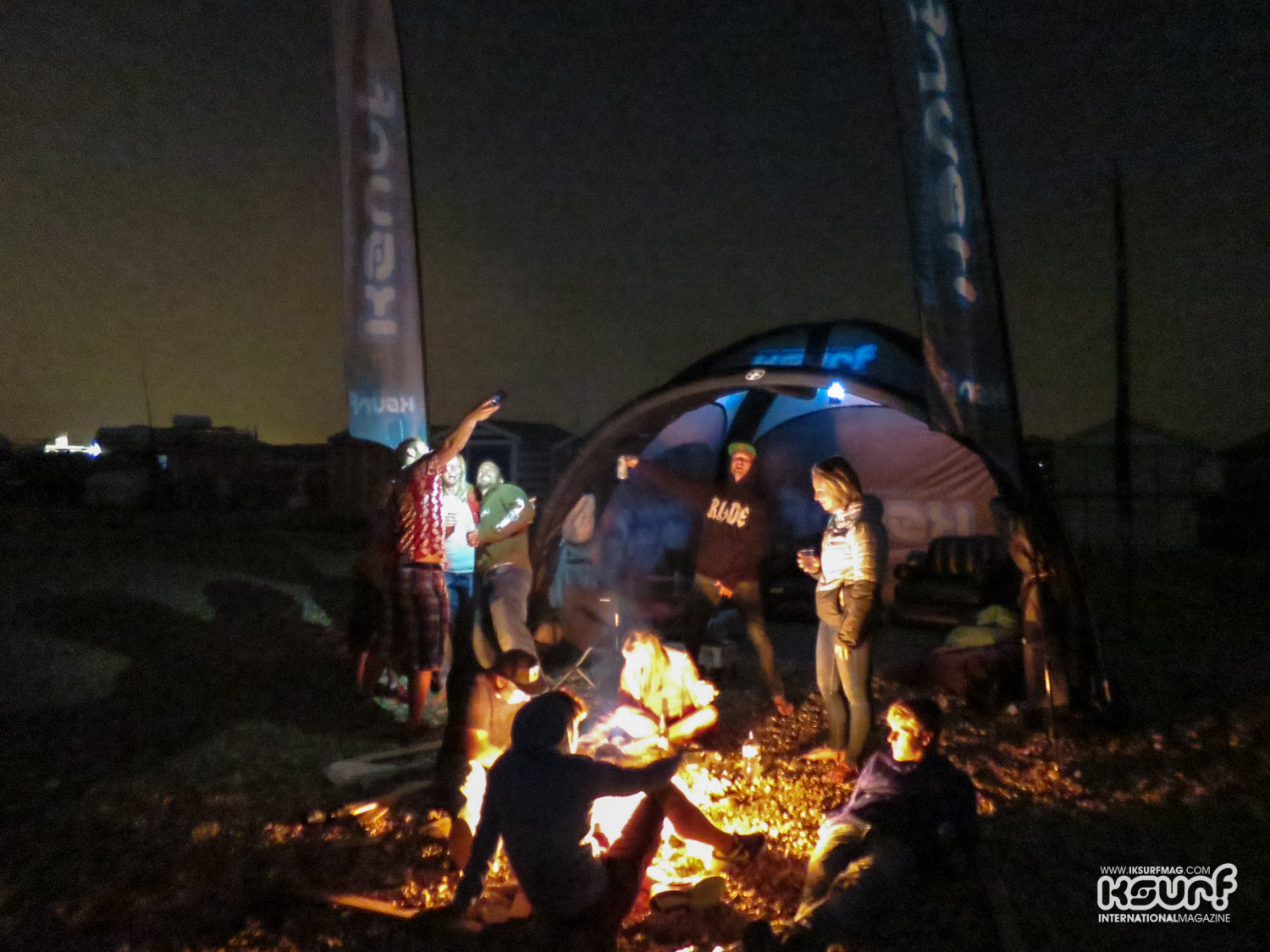 Sunday arrived and once again the wind didn’t play ball, it was a good time to catch up on the beach with the UK and International kite crew and at one stage the IKSURFMAG tent looked like a who’s who of who’s hot in kiting right now.

While the wind may not have delivered, this was still the biggest outing for the kitesurfing trade that I have seen in a while. Lets hope next year we get some better conditions and if you didn’t make it this year, be sure to come along next time, after all with a SUP and a BBQ in tow you can have plenty of fun without any wind, and plenty of beer of course! 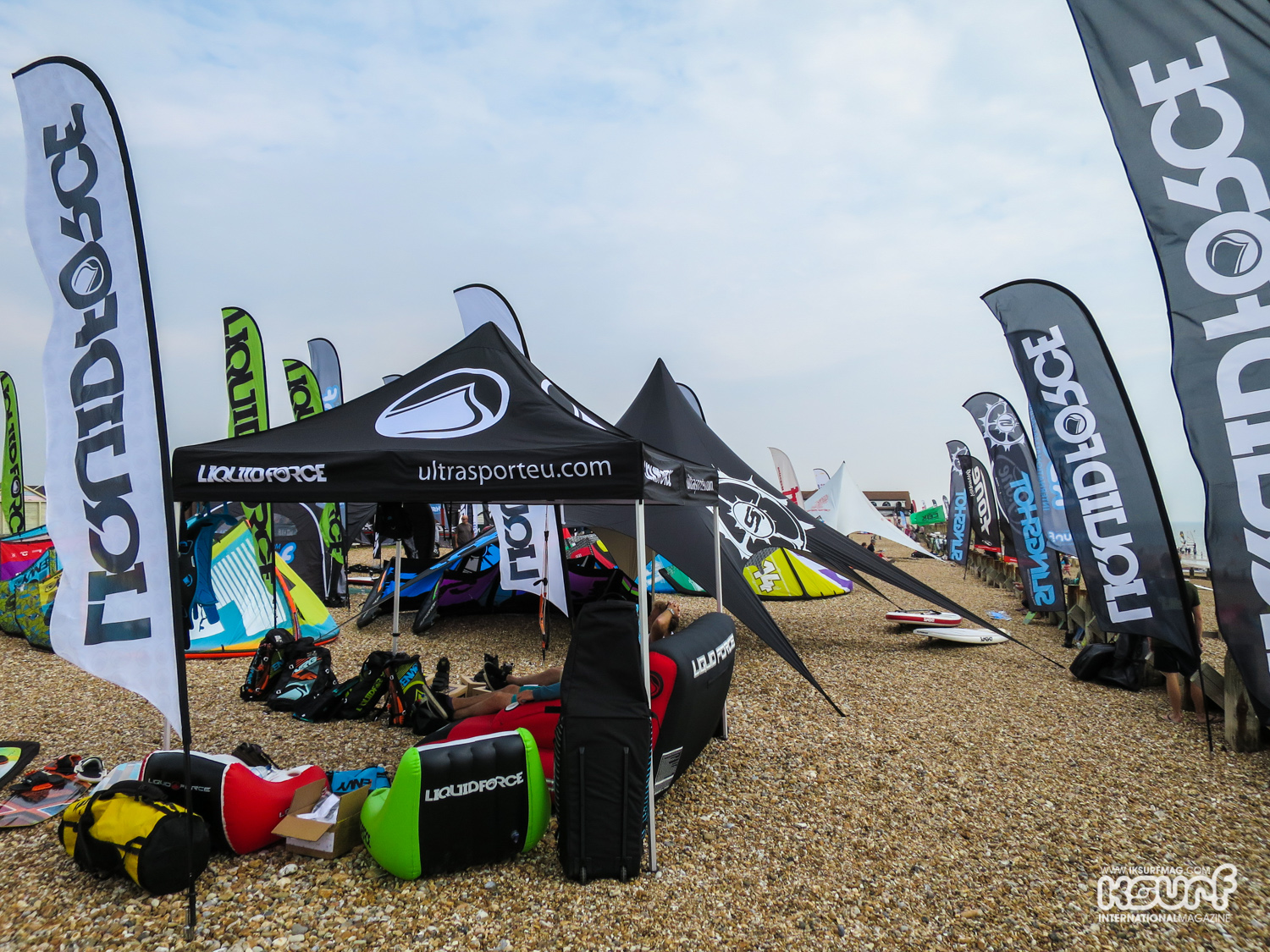 A huge thanks to Allan Cross and the NWF Team for putting on the event and also Chris Bully Bull from CBK Hayling for organising the kite side of things and we look forward to seeing you there in 2015! 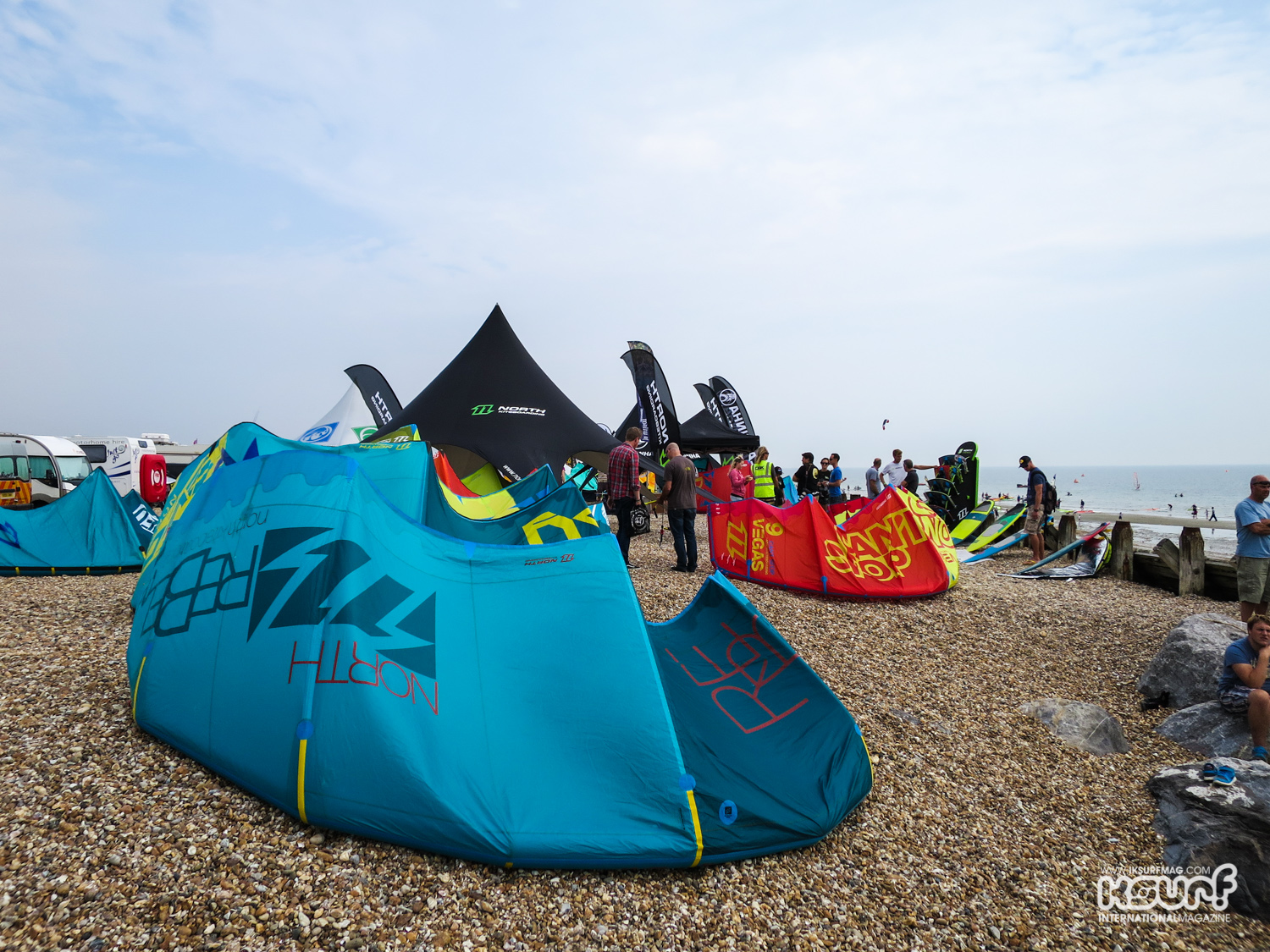 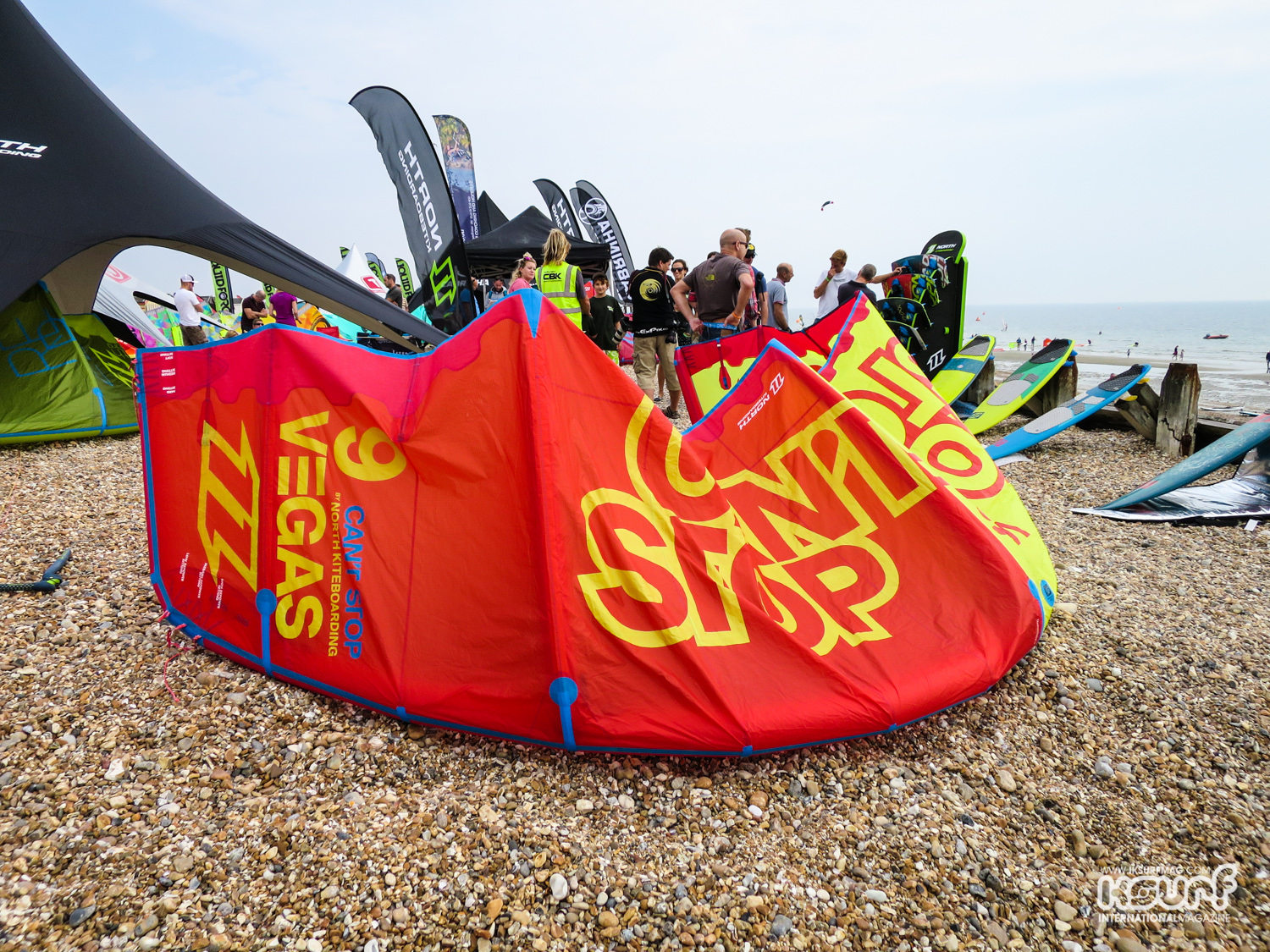 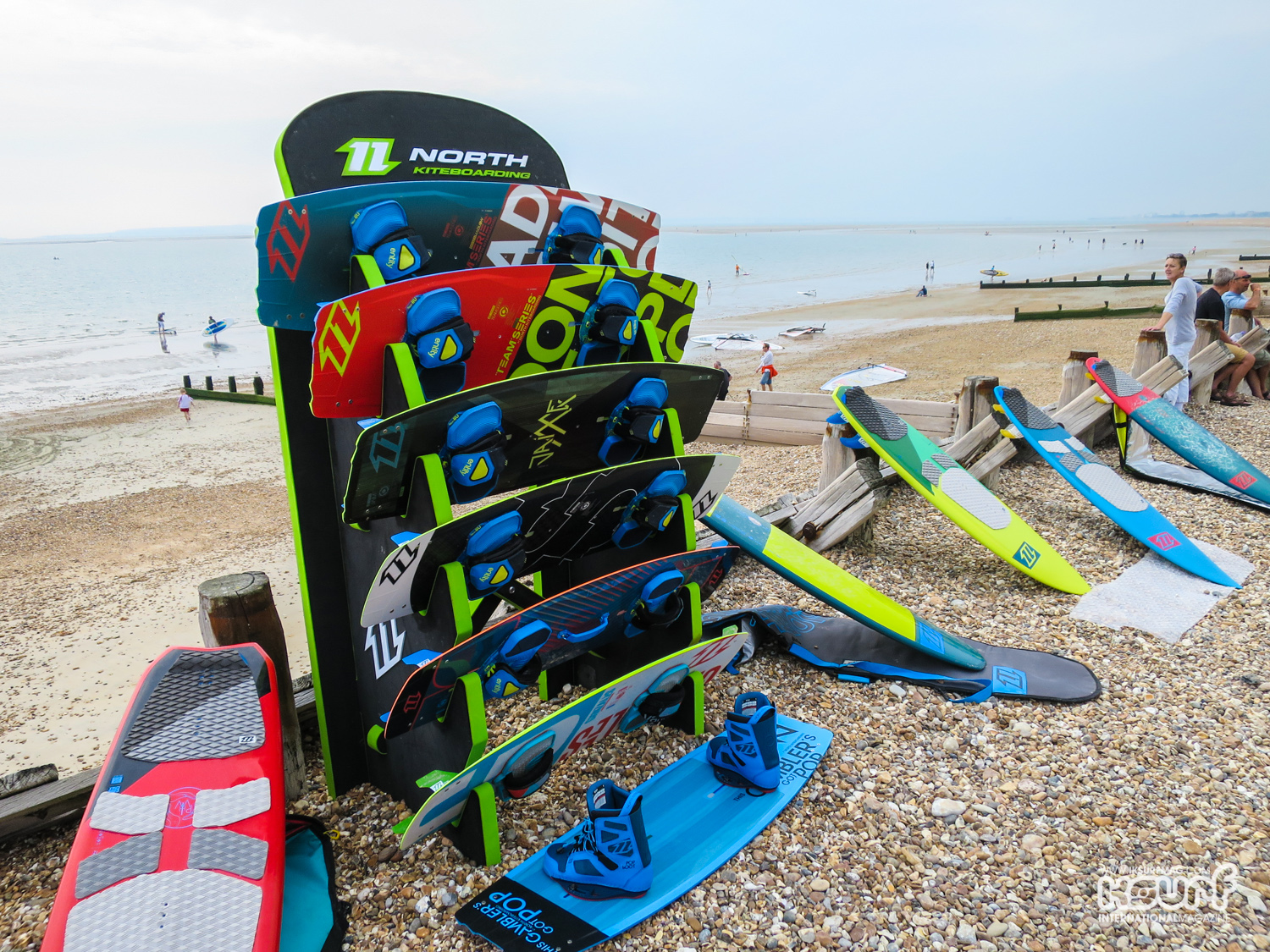 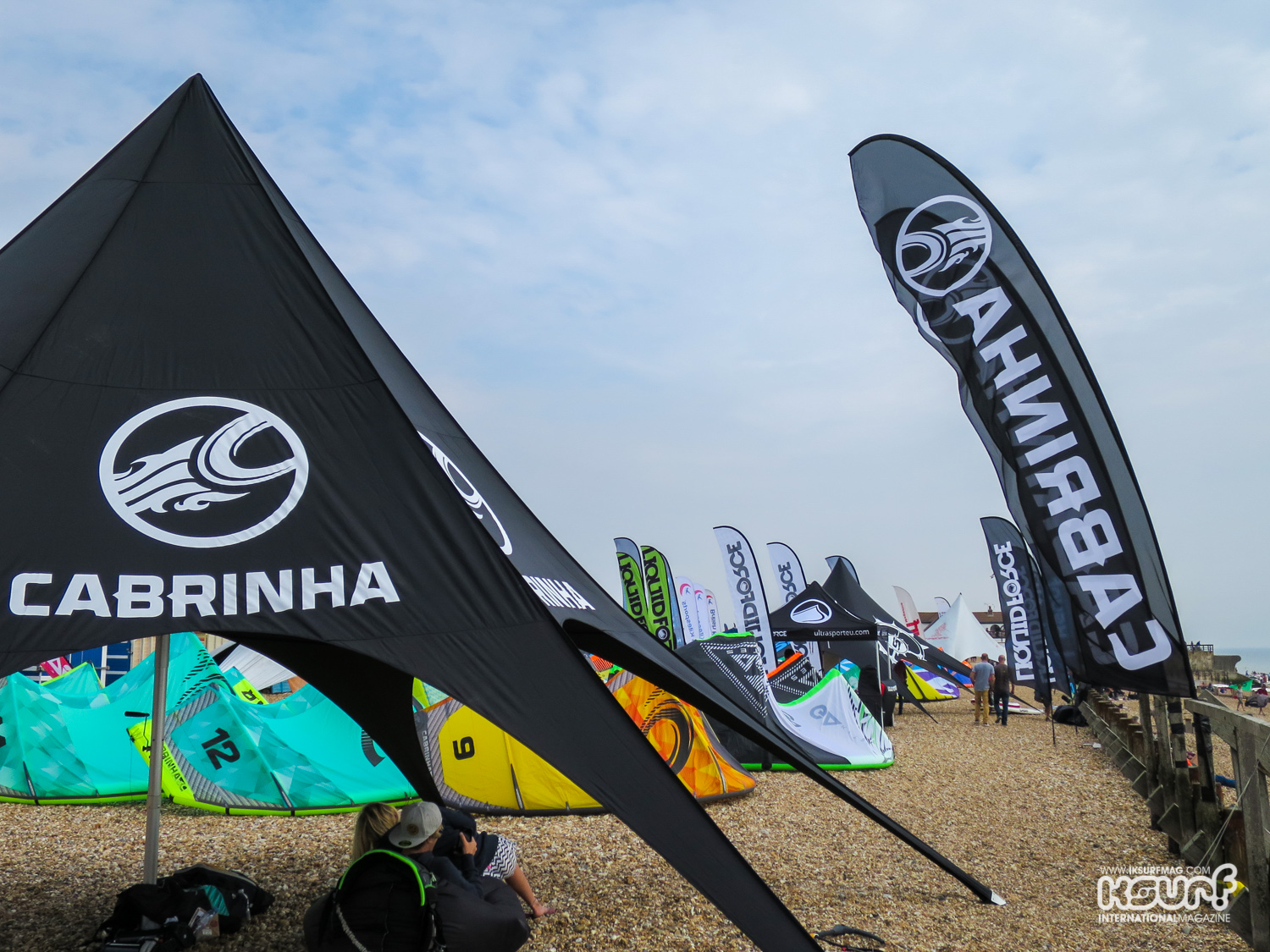 Agent 8 and Cabrinha in the house… 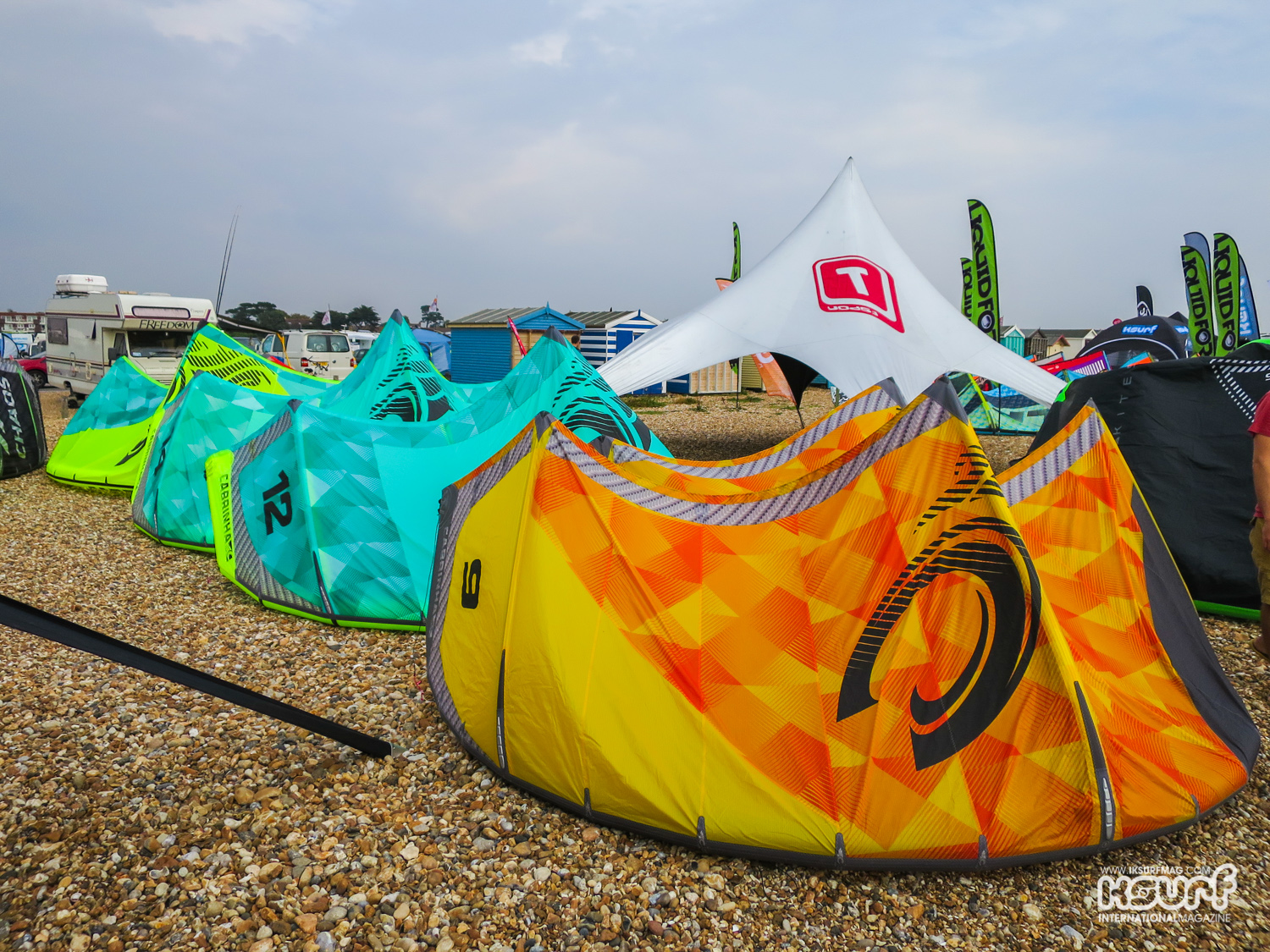 All blown up with no where to go! 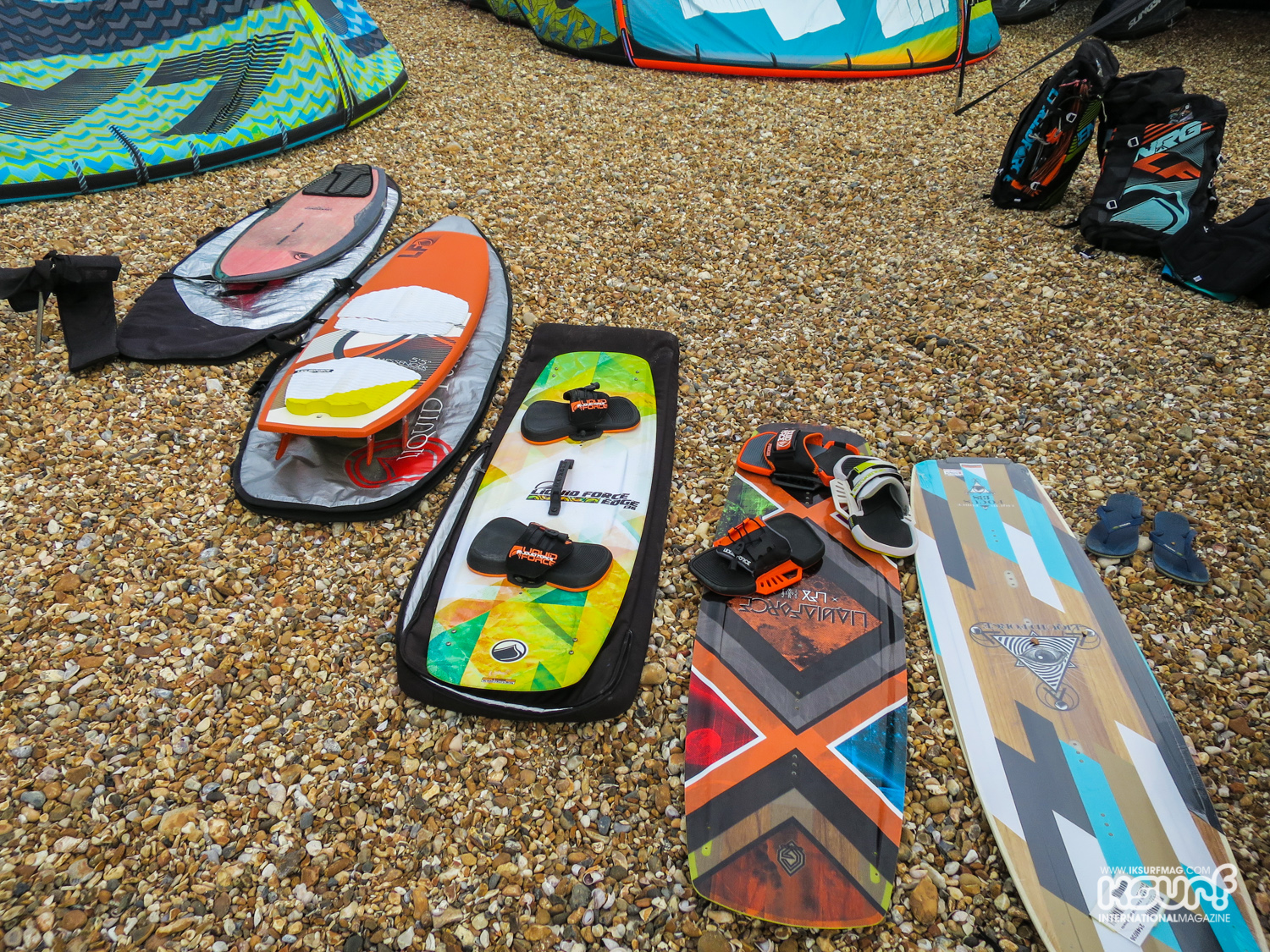 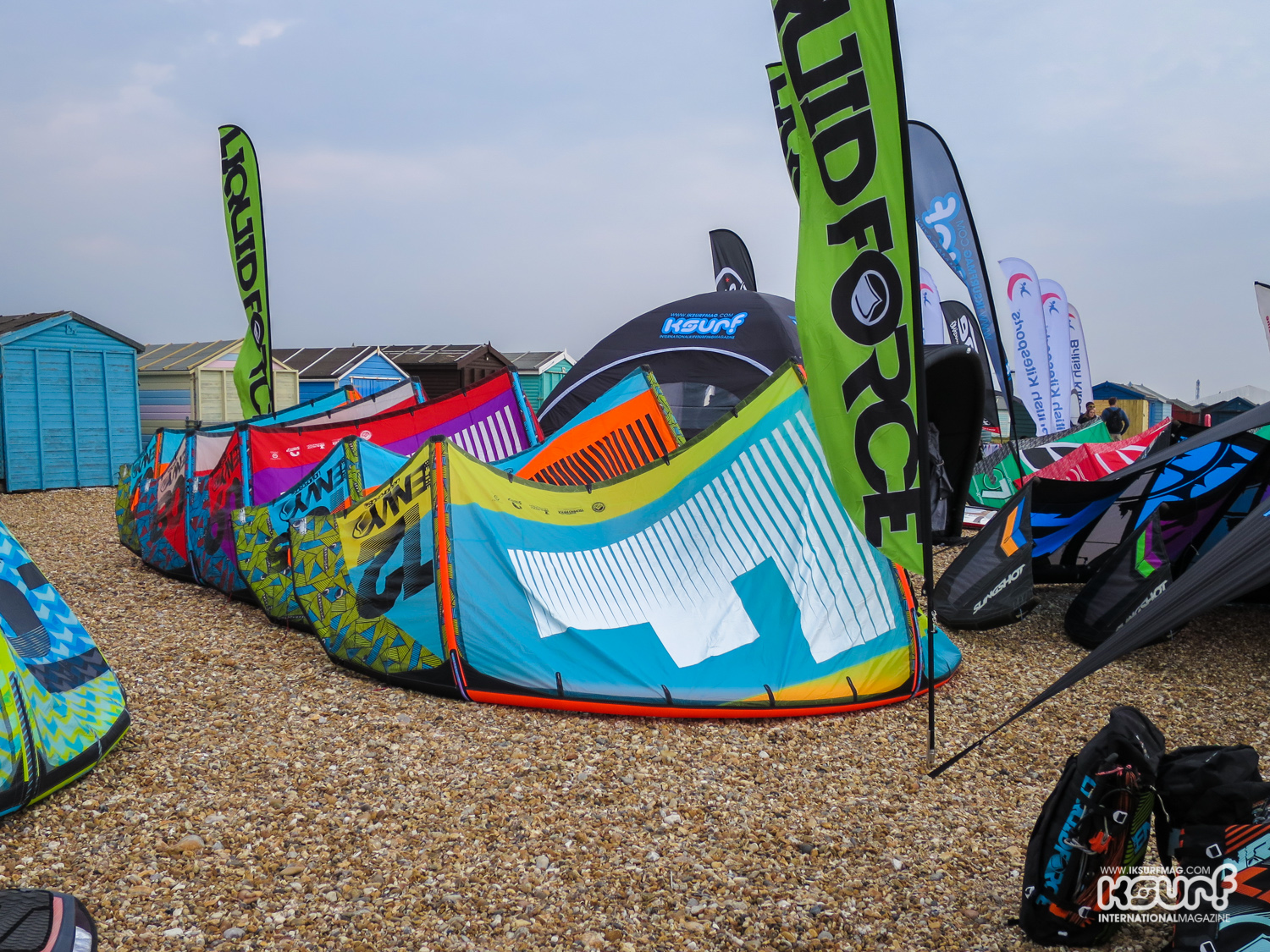 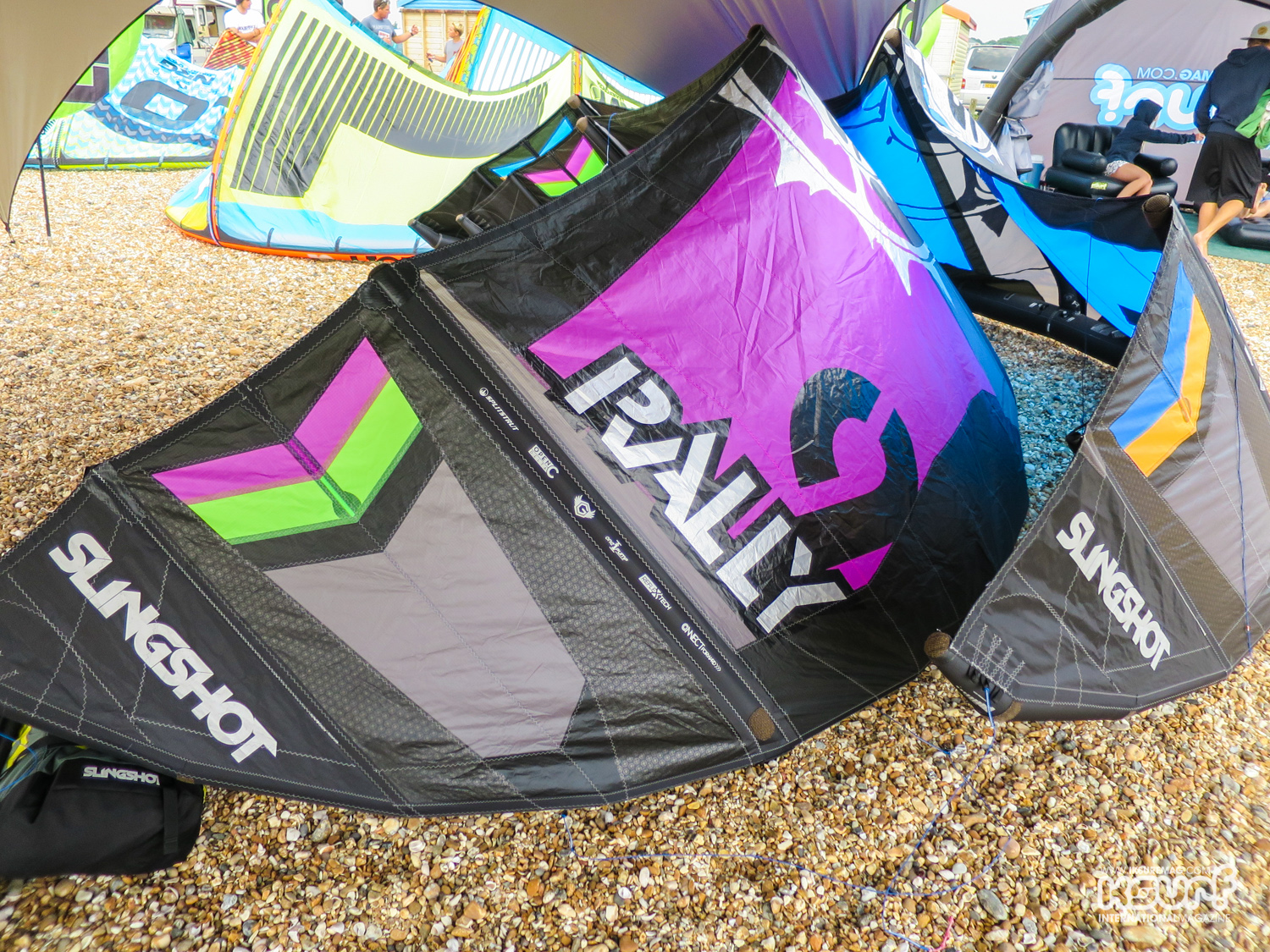 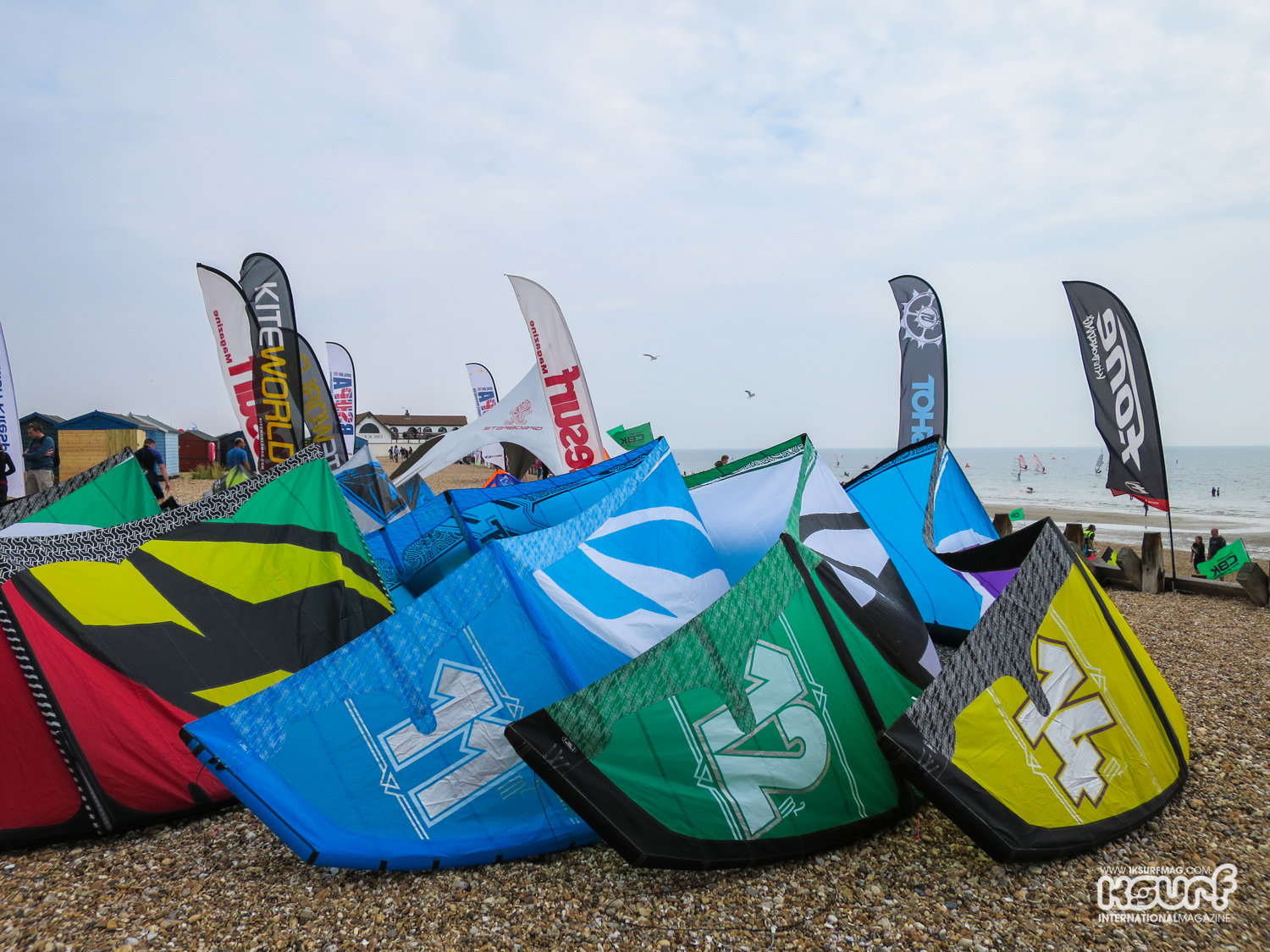 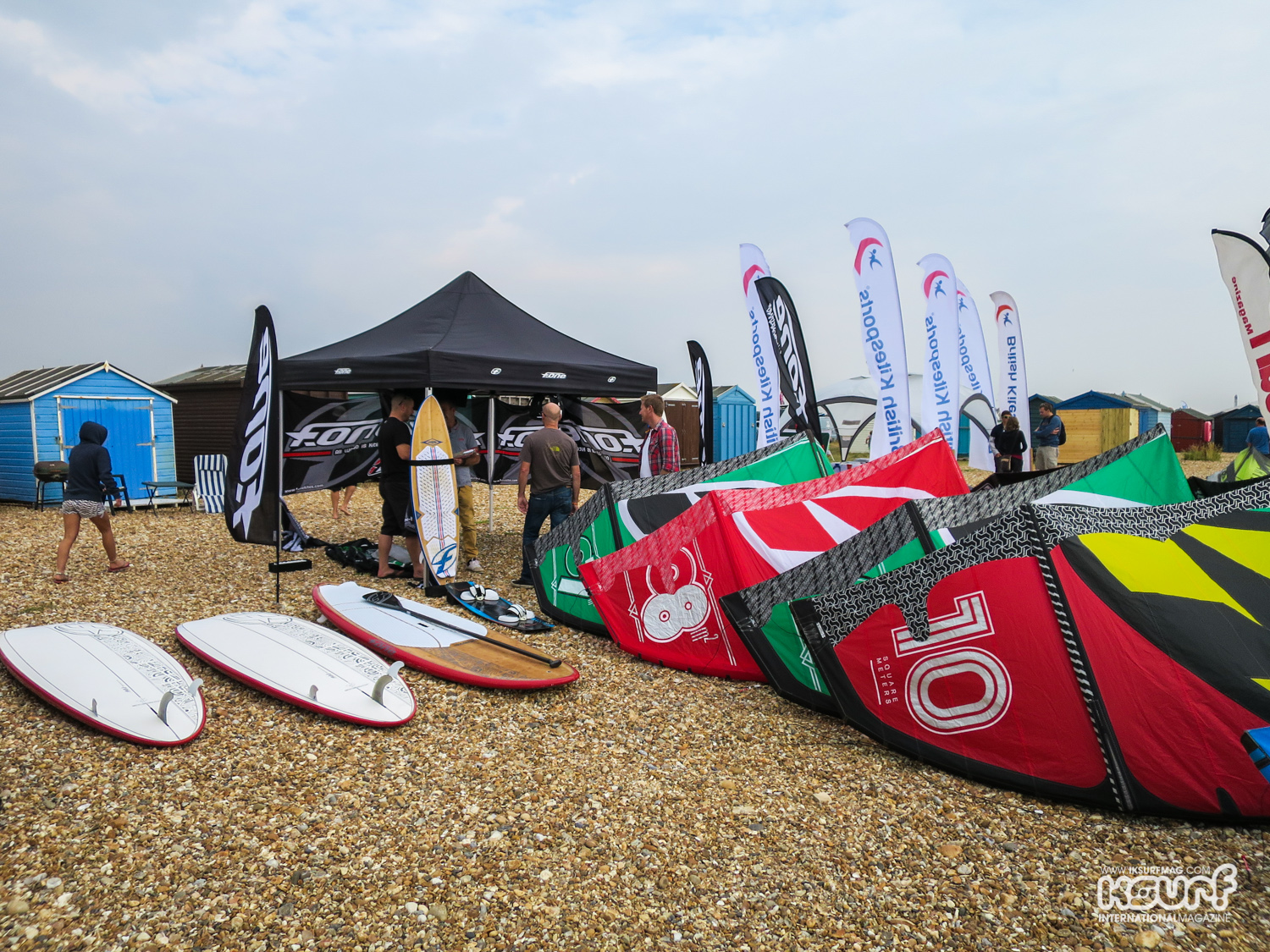 Dom Yule and the F-One SUP’s that got a lot of use! Plus the new Bandit in the foreground.