Save the date: the Kitesurf Cup Sylt, an exciting, grassroots contest, will take place in northern Germany from June 28th through July 3rd. Heaps of prize money and fired-up spectators make this an event you won’t want to miss. Check out the specifics, along with a link to the registration page, that follow.

Registration is open for the Kitesurf Cup Sylt 2016.

Again in 2016, the most northward island in Germany, Sylt, will be the home to the 14th edition of the Kitesurf Cup Sylt. The competition will run from June 28th through July 3rd, 2016.   We have to carry out the team concept, which has yet to be realized due to 0 wind conditions, very uncommon for the stormy location. “Kitesurfing to the max“ is our aim: about 110,000 visitors deserve a simple, speedy and fair show of kiteboarding at its best. So again, teams will compete in old-school freeride and freestyle. The 2016 edition will downsize the teams to 2 riders from each discipline. So each specialist of both styles can support his or her partner. The judging criteria will be based on the IKA standards for freestyle and feeride, and the judges will decide on overall impression based on risk, speed and airtime.

Our aim is to present technically impressive and spectacular tricks in a simple knock-out system which our visitors and media easily can follow. 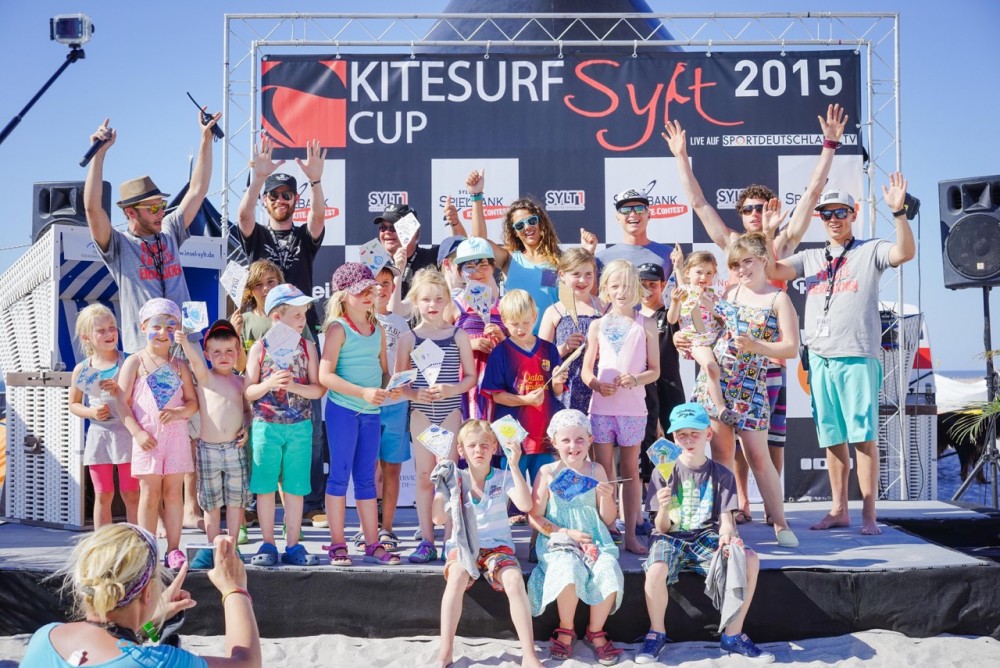 Teams will compete head-to-head in freestyle and old-school/big air.

The prize money of 10,000 Euros total will be split between the top 3 teams: 5,000 Euros for first, 2,500 Euros for second and 1,000 Euros for third. Also, the best performing mixed or ladies team will be awarded 1,000 Euros. And the last 500 Euros will be distributed for a “Lucky Star Award“ by decision of the judges. The Kitesurf Cup Sylt 2016 will collaborate with the International Federation of Kitesports Organisations (IFKO; http://www.ifkitesports.org ) and thus be open to any riders, without restrictions, to promote the kitesports. This means 25% of the participating riders will go home with prize money! 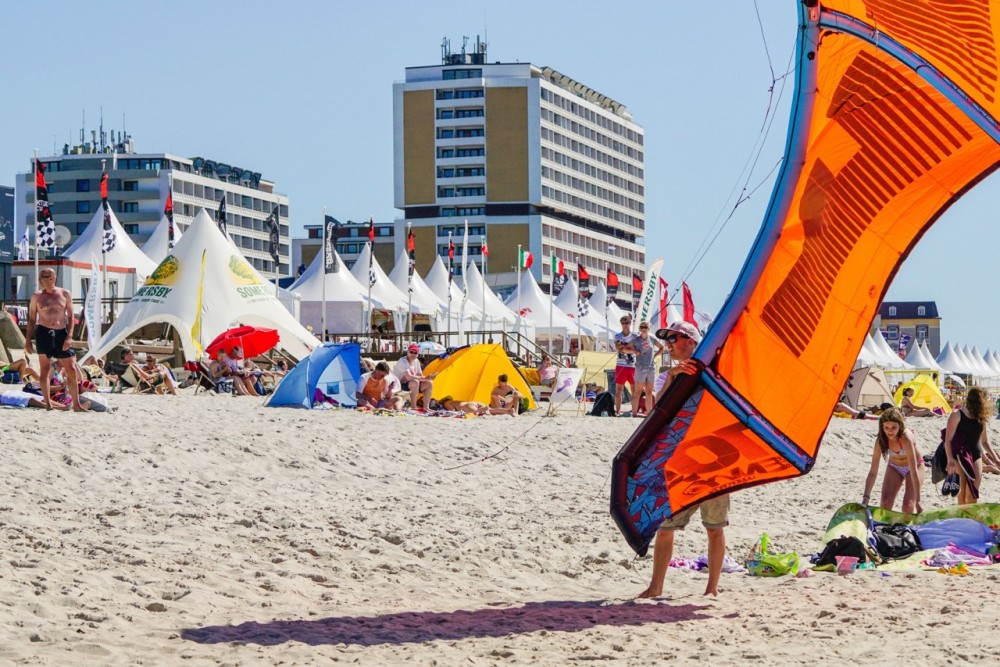 Last year the motivation and professionalism of all the riders attending was very impressive. All riders involved were showing the audience what kiteboarding is all about, even with wind conditions that made it impossible to ride because of offshore winds gusting from 5 to 25 knots. This spirit is what Kitesurf Cup Sylt is all about.

Rider registration is open at: http://www.kitesurfcup-sylt.de/sport/registration-english/

The whole Kitesurf Cup Sylt crew is ready to make 2016 an event with great kiteboarding action, high-end competition and loads of fun.

The Final Stop: The GKA Air Games in Fehmarn, Germany

Crazy loop and jump sesh on the Ozone Edge 7.0. Finally went over 30 mtr.

Crazy loop and jump sesh on the Ozone Edge 7.0. Finally went over 30 mtr.

Can I go 50 knots SPEED Kiting?