Sad News For Red Bull King Of The Air Fans… 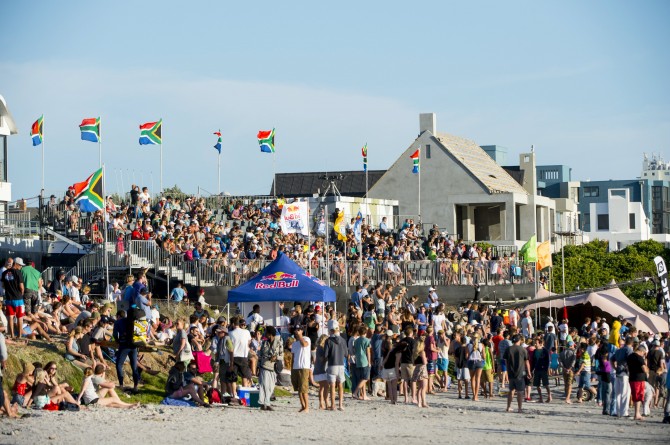 This is the only way to watch the event live tomorrow… Photo: Craig Kolesky/Red Bull Content Pool

We heard some rumours earlier and went straight to the horses, or rather Bull’s mouth to find out more. Red Bull have confirmed that while the #KingOfTheAir has the green light for tomorrow; there will be no live stream!

Yep you read that right no live stream… (We have full details on how you can live stream the event yourself at the end of the article, let us know if you do, we’ll definitely share it!)

So unless you are in Big Bay tomorrow, the worlds biggest kiting spectacle will go on behind closed doors so to speak. It’s a great shame and something we are sure you are all as disappointed about as we are. Even if you missed the event live, being able to watch the entire show afterwards as it happened was a huge bonus.

Sadly for 2015 it will be the year remembered as the year you had to glean what information you could from the Internet and watch the short edits of the event that will no doubt filter out after the hangovers have died down from the after party. 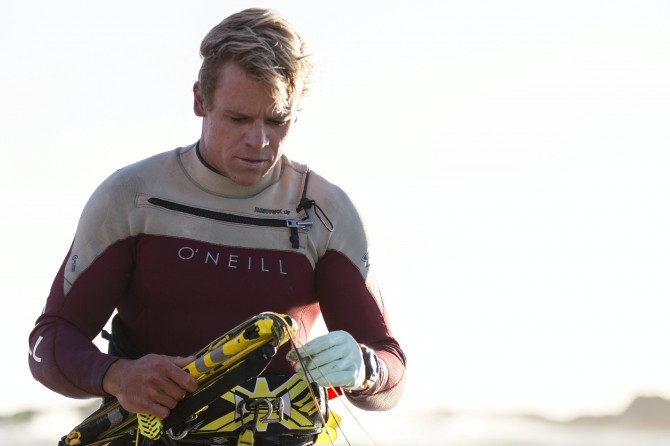 Kevin looks as gutted by the news as you are! Photo: Nick Muzik/Red Bull Content Pool

It does beg a few questions, is kitesurfing punching above it’s weight trying to stream things live? Have Red Bull under budgeted for the event, seeing as the waiting period has gone on for so long? Did enough people tune in on Wednesday to make it worth their while? What happens to the sponsors who no doubt paid to support the event on the understanding a live stream of the action would take place?

Live streaming is hugely popular, most mainstream sports are televised live and have been for years. However non-mainstream sports like surfing have always struggled to get airtime. With the growth of the Internet it started to become possible to “stream” live events onto the web and allowed fans from all over the world with a phone line and a computer to enjoy them.

Over the years these online extravaganzas have become huge, the Pipe Masters is viewed by hundreds of thousands of surfers around the world. Big brands will pay big dollars to be involved, and herein lies the problem with that first question, kitesurfing is a young growing sport. When they first live streamed the Kite Surfing Pro Tour the viewing figures were in the hundreds, whilst the costs were well into the tens of thousands to stream the event from Mauritius.

Jesse Richman will be doing this on the beach tomorrow, and sadly not live on the Internet! Photo: Craig Kolesky/Red Bull Content Pool

The quality of stream you get is directly related to the money you spend, so when you watch Kelly Slater drop into a bomb in Teahupoo live in full HD from the comfort of your flat in Balham, London you can be assured that top dollar has been spent. Live streaming from remote locations is expensive.

Cape Town isn’t that remote though, and with modern technology live streaming doesn’t have to be expensive. YouTube will allow you to stream events for free, and in fact this is how all the World Surfing League events are streamed, even the Pipe Masters uses this format. Essentially you are paying for the upload either via a cable, wireless or satellite to the Internet. Heck you could even stream 3 web cams to a Google Hangout for a decent enough show!

Of course the sport of surfing swallows the huge costs of putting out a high quality stream with masses of sponsorship money from huge corporates like Quiksilver and Billabong. And with hundreds of thousands of viewers that makes total sense. So that brings up the next question, did they get enough viewers?

As kitesurfers we like to think our sport is huge, “the fastest growing water sport in the world” with 250,000 kiters around the globe. Does that sound familiar? Well both those facts are untrue, and were made up by an editor of a kite mag about ten years ago (not me). In our constant need to legitimise this sport it seems we want it to be big, we want it to be popular, but in reality we are one of the smaller free sports in the industry. 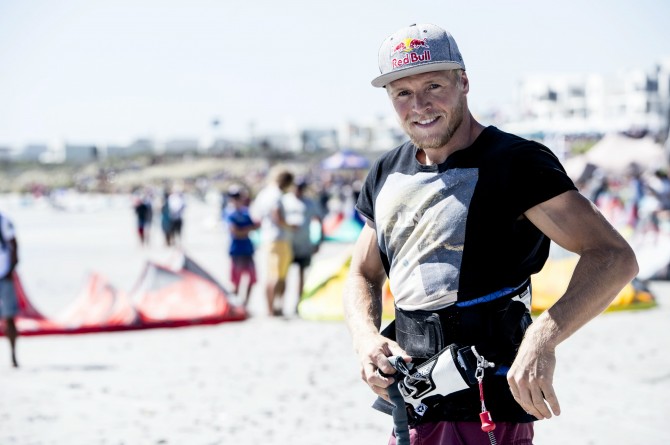 A small sport offers a small potential stream, ask yourself this, if 100,000 people tuned in on Wednesday would they be pulling the live stream? Definitely not, that kind of reach is hugely beneficial to the sponsors, so how many people did tune in? We’ve asked, but I doubt we will ever get that information. I’d wager if you picked a number, halved it and halved it again you would be close.

The simple fact is that if 50,000 people tuned in then the live stream would still be on, it’s an easy return on investment choice. With Mystic on board as co-sponsors you have to wonder what has happened to their deal? It must have involved the streaming of the event as part of the package, so either they got a reduced price, or they said “well only 500 people tuned in so the stream isn’t worth it” and Mystic agreed. We’ve asked the Mystic ZA distributor for some answers too.

So did Red Bull ZA under budget for the event, arguably not, the Cape Doctor usually blows everyday during the winter in Cape Town. It was certainly blowing before the event, and it howled to 30 knots on the first weekend of the waiting period. But with a tasty forecast for the Wednesday of well over 30 knots the organisers decided to hold fire and wait.

Looking back they might regret that decision, they could have run the event on the weekend, streamed it live and been done and dusted by the Monday. Instead of course the Cape Doctor shut down, the forecast disappeared and never materialised, they waited over a week for it to get remotely good again, which it did last Wednesday. 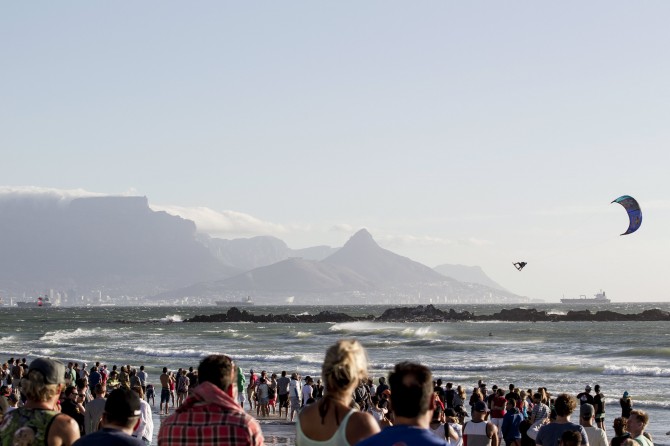 This is now the only view in the house! Photo: Nick Muzik/Red Bull Content Pool

Essentially though they have, however, run out of money for the live stream and that is why it has been cut, but what is the value of that live stream. It is obviously less than we would think it was. Small enough for Red Bull to decide it isn’t worth running it; perhaps the X number of people who tuned in was too small to make it worthwhile in the first place.

So does kitesurfing punch above its weight when it comes to expecting live streams of events? I think the KSP Tour would still be on right now had they not wasted so much money on trying to have a live stream. I’m still baffled the PKRA does a live stream as they get far less viewers watching it than they ever did on their daily wrap up videos which they no longer produce. In my opinion kitesurfing is too small to really quantify the cost vs. reward argument for a live stream. However, with that said the Red Bull King Of The Air is probably the only event that could get close to doing so!

The King Of The Air is also the only event in our sport that really unites us as riders. We are all split into smaller factions, wakestyle, freestyle, waves, new school, old school, racing, foils, it is great that we have such variety, but would a wave head watch the PKRA on a stream, most likely not. The King Of The Air however is the glue that binds us all as kiters, everybody loves it and everybody wants to see it!

Kitesurfing is small though, compared to the mainstream sports out there, and until it can draw the crowds big enough online to make live streaming really worthwhile for the sponsors and the event it will always remain a HUGE cash drain on any competition. It’s a real shame as we have diligently tuned into the event every year, no matter where we are in the world and no matter what ridiculous hour we have had to wake up for it, and I don’t think we are alone in doing so. 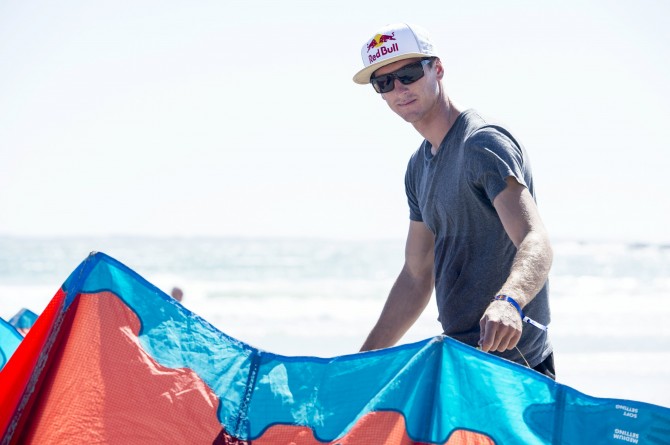 Aaron will be performing just for the masses on the beach, and not the masses online tomorrow… Photo: Nick Muzik/Red Bull Content Pool

Essentially it’s a combination of factors that have killed the live stream, and it’s sad for the event, and the sport that it hasn’t happened. If we were actually in Cape Town right now we would be setting up our own stream instead of writing this. It is easy to do and doesn’t have to cost the earth; you don’t even need a super fast uplink for it.

So here is a thought… If you are in Cape Town, why not stream the event yourself, for sure it won’t be up to Red Bull’s standards, but it will be better than nothing and there must be a bunch of kiters out there who are as disappointed as we are! There are also a ton of media types kicking around, so if you do decide to put on a stream, let us know and we will promote the hell out of it!

Here is all the information you need to stream the event…

You’ll need an HD Camera, a laptop and a decent Internet connection, and it is actually pretty simple, we streamed a wedding live for 8 hours with a crappy laptop and an old webcam…

Mystic Presents: King of the Air

Hottest Action From Red Bull King Of The Air 2015

Best Video of 2015 [Nomination] - Mystic presents: King of the Air