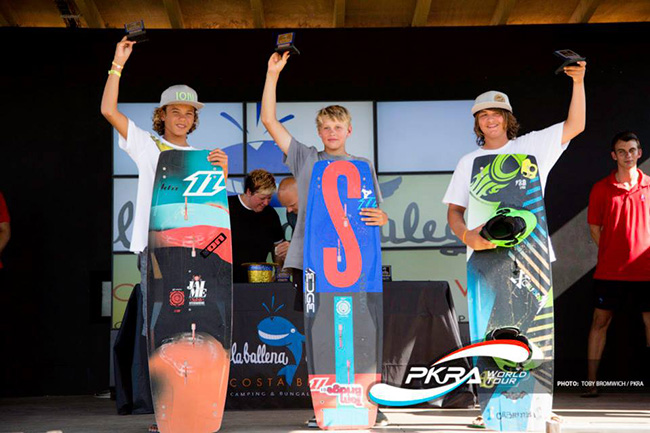 The seventh and final day of the PKRA/IKA Freestyle Junior World Championships came to an last week. The final rounds of the double elimination were run and the two world champions in the remaining age divisions were crowned.

Awaking to the sound of crashing surf on the beach, riders gathered for a 10 am clinic on Friday morning. Overnight, the swells had built and over head-high waves were breaking more than 100 meters off the beach. Riders were amping on the thought of finishing the event in such exciting conditions.

Friday’s workshop session was on the topic of judging. PKRA judging staff explained the scoring criteria and the fine points of adapting your riding with the judging criteria to maximize your scores. Eager faces watched a prepared video and the juniors took a shot at judging the tricks themselves. 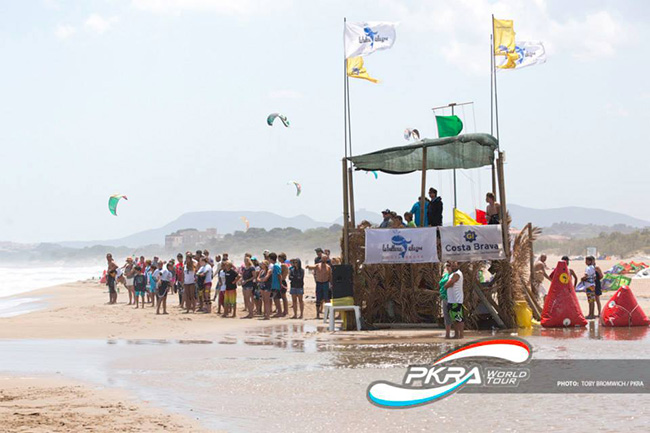 Following the clinic, the wind had built to contestable levels. The riders quickly prepared their gear and hit the water.  In side-onshore wind averaging around 18 knots, the contest resumed for the day.

Alternating between age groups, we saw some exciting action go down in every heat. Waves and the incoming tide created nice flat-water sections between sets and allowed the riders to land their moves powered. The current also played a big factor, as we saw numerous changes in kite sizes during the heats, and some riders struggling to ride upwind.

Just before the last heat of the day, a thunderstorm moved in dropping heavy rain. Loud cracks of thunder and lightening made for a dramatic finale to an eventful day. It was apparent that the wind would not soon return, and the event was called. The final result from the single elimination would stand for the last final. 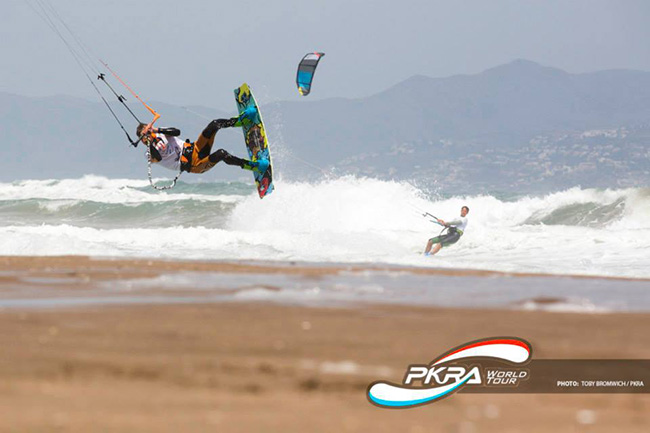 Highlights from the boys 12-14 saw Maxime Chabloz making his way up the ladder and advancing two spots. Christian Tio managed to move up a spot from his finish in the single, until Tom Bridge put a stop to his climb, taking the title of world champion.

In the boys 14-16, the top four remained in their spots from the singles. Andrea Vicani made a valiant effort winning three heats, advancing the most spots for the day, before finally falling to Guy Bridge.

The award ceremony took place at the Camping La Ballena Alegre stage. The world champions were awarded their trophies and prizes were awarded by raffle. The higher your placing in in the event, the more chances you had to win, putting an interesting twist into the raffle. 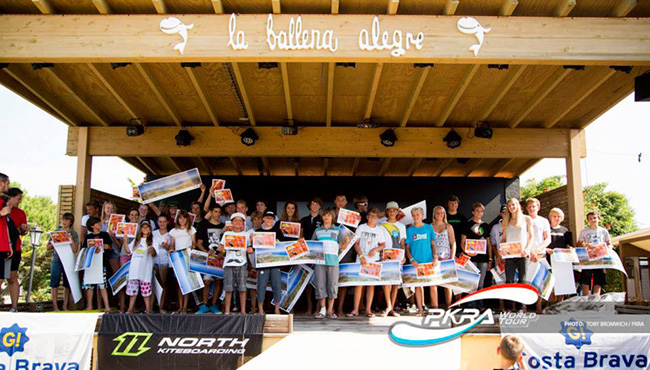 The enthusiasm, talent, and promise shown buy the juniors this years  PKRA/IKA Junior World Freestyle Championships was inspiring. The PKRA hopes that this event will continue to grow and increase youth participation in the sport. All juniors were awarded a personalized diploma certifying their completion and participation in the event.

Special thanks to our industry partners Airush, Best, F-One, North, Ozone and Slingshot for their generous support of this event. 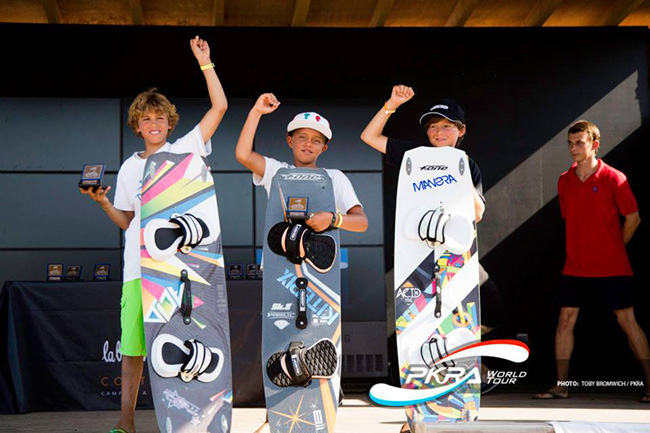 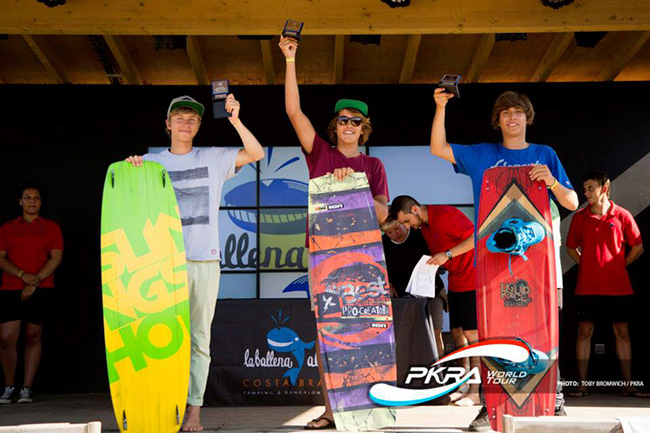 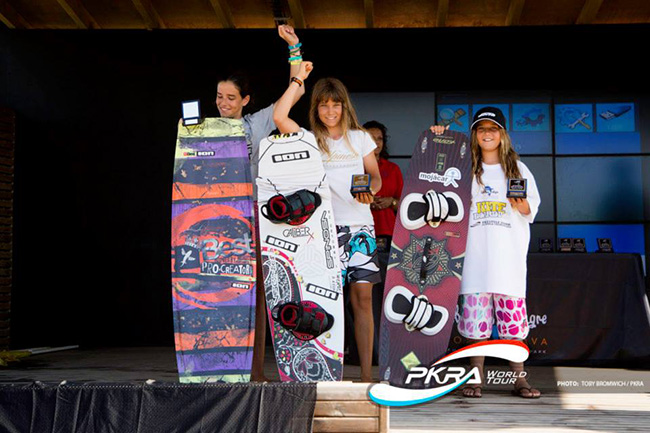 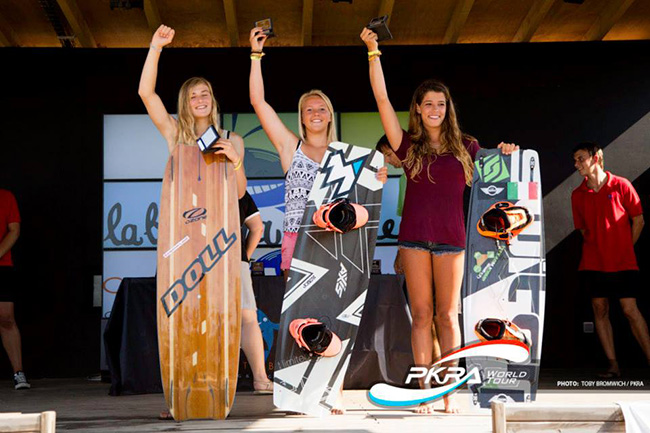 Finals And High Scores Of Single Elimination At Youth Cup 2015

3 Ways to do a Backroll | Classic, Send and Inverted // SA Masterclass