Anke Brandt is tackling a 550 km kite mission from Art Rotana, Amwaj Islands to Emirates Palace, Abu Dhabi. If successful, she will break her own Guinness World Record for the longest distance kitesurfed by a female. Continue reading to learn all about Anke and her journey.

German kitesurfer, Anke Brandt, left the Bahrain as scheduled on March 17 to take on an adrenaline-pumping 550 km kite mission to Abu Dhabi. The 32-year-old departed from Art Rotana, Amwaj Islands for Emirates Palace, Abu Dhabi accompanied by a support boat. “I’ve been training for the GET Kite Mission-Kitesurf Arabia since last year,” she stated.

Anke, who has been kite-surfing since 2009, made waves in 2014 when she circumnavigated Bahrain on a kite, covering a distance of 250 kms. “In doing so, I broke the world record for the longest distance kite-surfed by a female, a record that I currently hold,” stated Ms. Brandt. 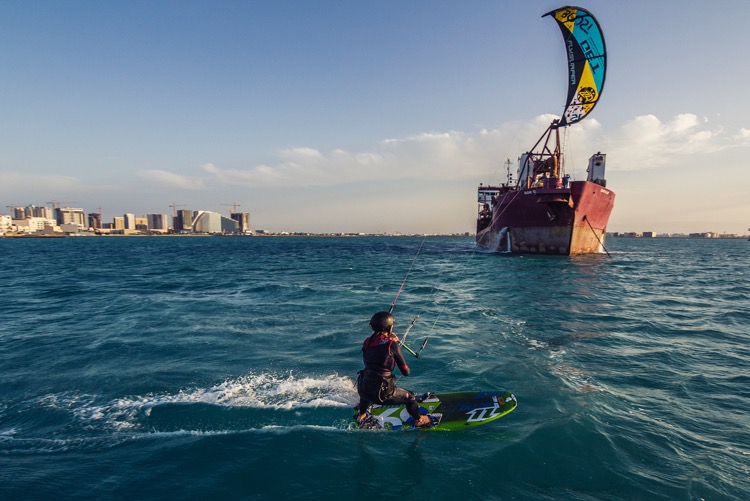 Part of Anke’s goal is to raise $5000 for spinal cord injury research.

The goal of the mission is to raise $5500 for ‘Wings for Life’, a charity organization that is trying to make spinal cord injury curable. “No immediate person to me has anything to do with spinal cord injury. However, it’s more about the extreme sports we’re in and the fact that anyone can be affected by a spinal cord injury,” she explained.

“The body has the amazing ability to heal itself, which is why I believe finding a cure for spinal cord injury is a cause we should get behind,” she added.

A team of eight onboard a support boat will be accompanying Anke to the UAE. “I believe that you’re only as strong as your team,” she said.

“I’m very fortunate that I have a very supportive family and friends who always push me to be the best I can be and make my dreams come true,” she added. 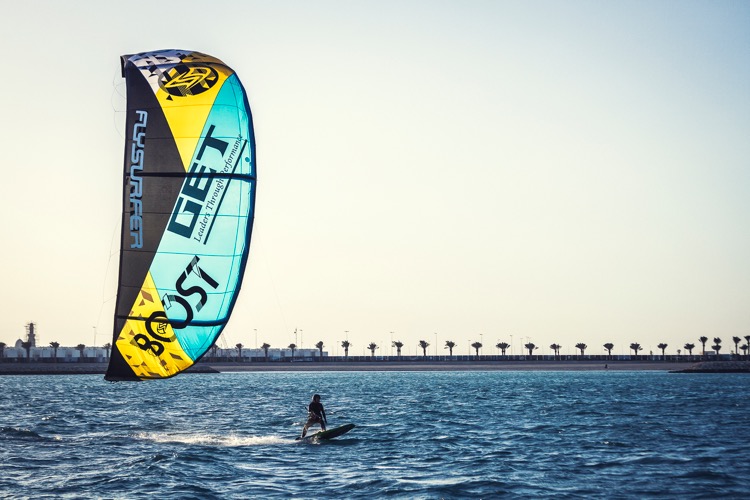 Anke is no stranger to long distance kite missions.

The team will include two kite-surfers who are familiar with her equipment, apart from Dr. Amy Bowzaylo from InTouch clinic, who has been looking after Anke. “In addition, there will be a two-member photography team to capture footage of me during the course of the record-breaking attempt,” she said.

“They will be one of the key components in getting the approval from Guinness World Records,” she added.
The captain of the boat and BISS Marine Owner, Nabeel Hijris, stated that the trip will be made with a ‘2015 Majesty 48’. “We’ve had the boat with us for about a year now. It has a range of 200 miles which means we have to carry the extra fuel on board with us,” said Mr. Hijris.

“We have safety equipment on board and it is fully catered for the trip at the moment. We’ve got extra flares and electrical equipment like GPS,” he explained.

The boat will be equipped with satellite phones while Ms. Brandt will also be carrying a tracking device. “Two life rafts have also been made available on board, so if anything does go wrong, we can assess the situation and do what’s necessary,” he said.

In addition to the team on the boat, four team members have been working behind the scenes to create a buzz and inform people about the mission. “So that’s a team of 12 people for a one day mission, who are doing this for free or very little money to cover their own costs. I think they are doing this out of passion because they love what we’re doing,” she concluded. 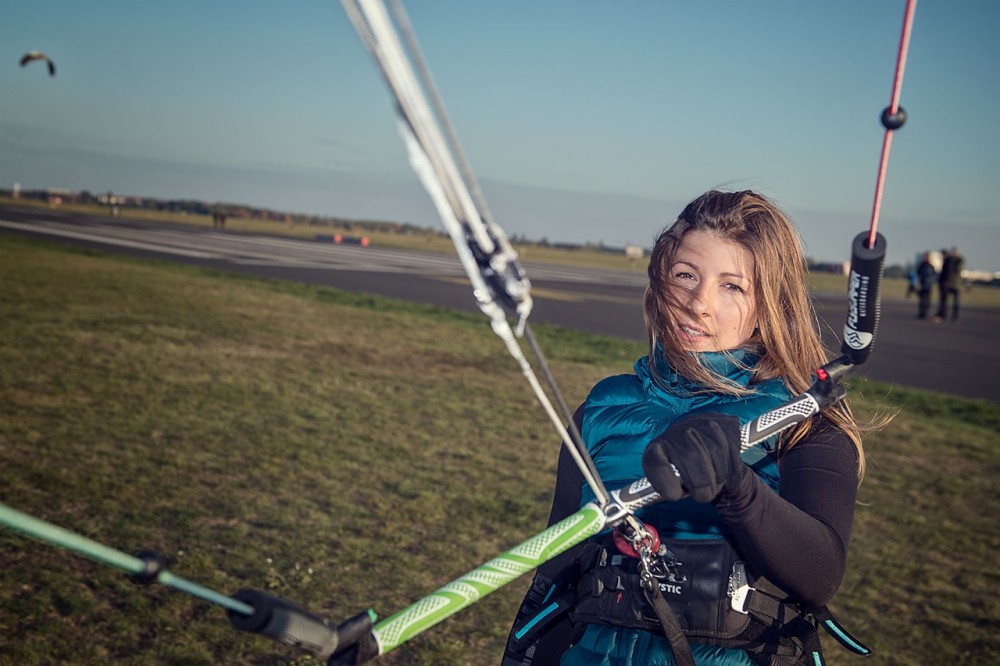 Check out Anke’s website for live updates from her journey.

About Anke Brandt:
Anke is a passionate kitesurfer who currently holds the world record for the longest distance kitesurfed by a woman (250 kms) – a record she set when she circumnavigated the Kingdom of Bahrain in March, 2014. Under the umbrella ‘Kite Beyond’, Anke Brandt dares the limit for long-distance kite projects and gets involved with ‘Wings for Life’.

About Wings for Life:
Through donations worldwide the Wings for Life charity foundation supports clinical studies and projects with the goal of making spinal cord injury curable.

Waves in the Caribbean! #3

Big Snowkitetour by Avers in Switzerland to Italy