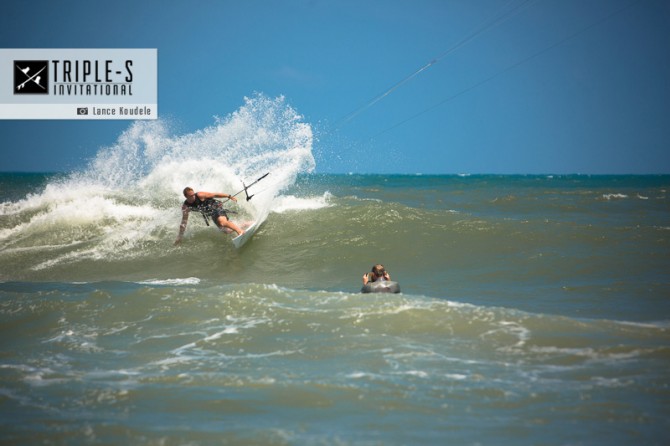 With the sliders in the bag it was now time to concentrate on the surf and slicks side of the contest.  Turns out mother nature heard us and after two amazing SW days, the wind switched around to NE, perfect for getting in the ocean.  At the riders meeting it was decided to head down the the Lighthouse to try and knock out the surf portion.  Surf was no exception to a format change, this year it would be heats of 6 riders in the surf for a total of 20 minutes.  They were scored on wave riding, airs, and overall impression.  It was an elimination setup with the top two riders advancing to the semis, and finally to the finals. 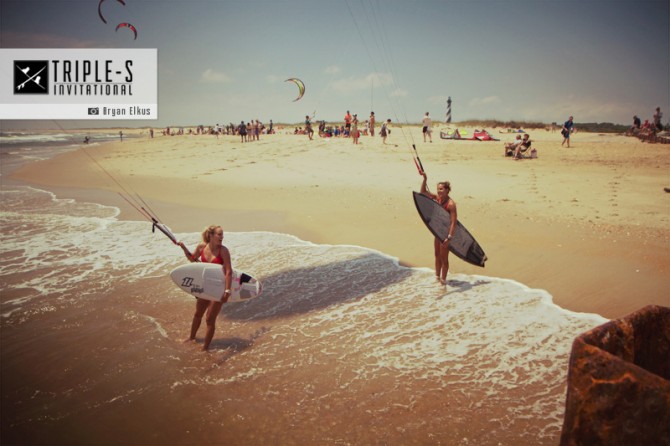 Standouts included, Jason Slezak, Matt Elsasser, Teddy Lyons, Mark Miedimea, and Evan Netch.  The waves were not giant, but there were still some clean faces to be had.  Jason, hailing from Cape Hatteras, showed his local knowledge and just destroyed any wave he could find.  There were more airs going down than you could keep up with, the level of the surf riders has steadily increased each year.  It seems in kiteboarding these days the riders are all becoming specialists in their own discipline.  This was very apparent with the surf killers, they seem to spend a lot of time ripping apart the ocean!  After a few rounds of competition we finally made it to the finals.  Jason, Mark, Teddy and Matt all made it, and it went off.  Tons of slashes, airs, and smiles were had by all.  Now its just a matter of waiting until Friday for the result, if I was a betting man I would put my money on seeing a repeat champion from last year, Mark was going off! 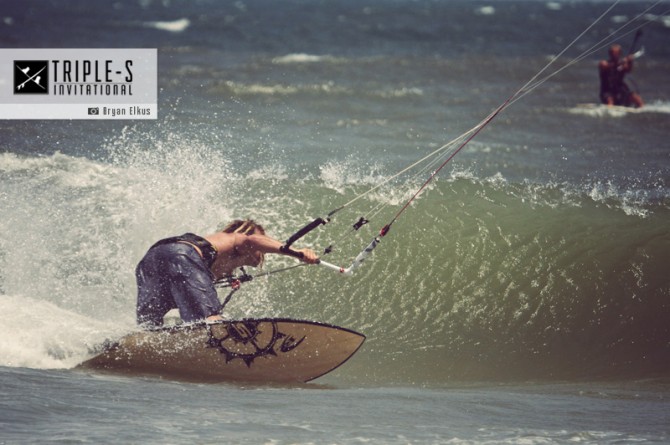 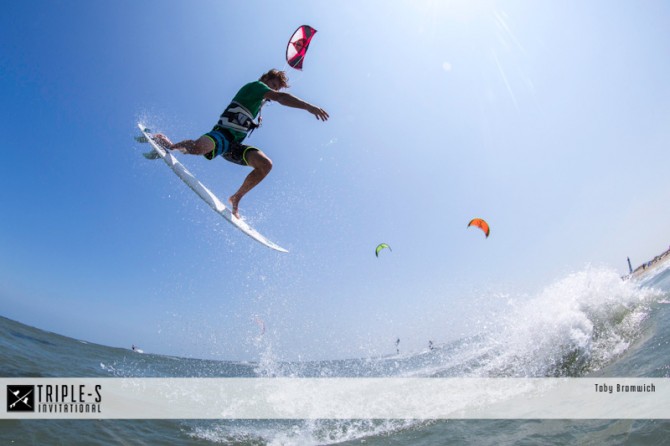 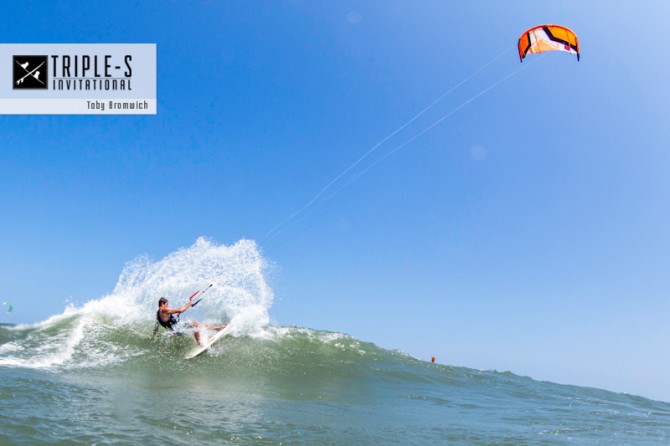 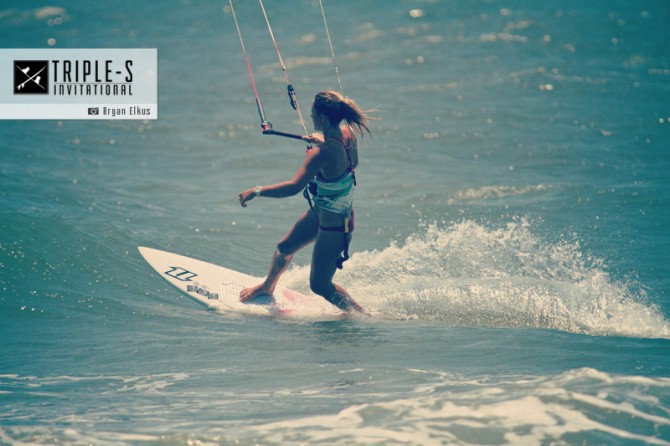 Shortly after the end of the surf, everyone packed up and headed down to the washout to run the slick semis and finals.  The wind was pretty solid for 12 and 13m kites, and the water was shallow but flat.  Everyone was throwing down and making it into the final was no easy task!  Highlights for me were Aaron’s qualifying run, he was so confident with his first he opted to chill and let everyone try to catch him on their second run. 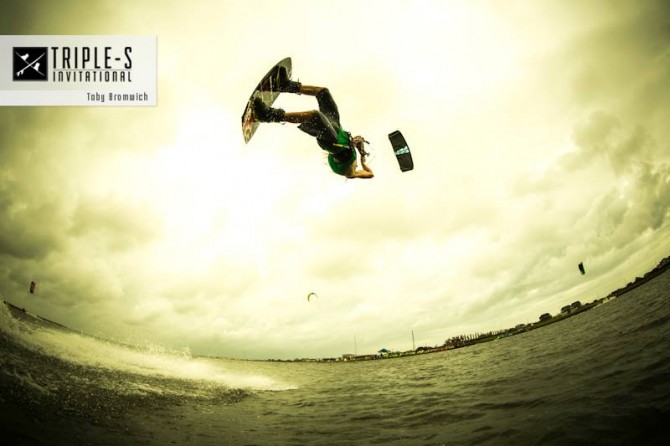 Rick Jenson threw down one of the most technical runs with a nose grab s-mobe and his signature seatbelt back mobe.  In the end it was Aaron H, Alex F, James B, Sam L, Ewan J, Sam M, Craig C, and Billy P that cruised into the final.  With the sun setting and the wind pumping the final went off in true SSS style.  Competitors were giving it their all, we saw a few really solid runs, but Aaron Hadlow showed us all that he still has all his mojo.  I wouldn’t be surprised to see him on the top of the podium! 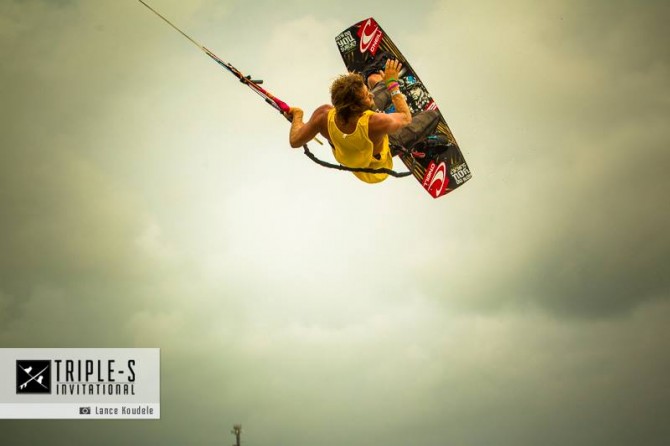 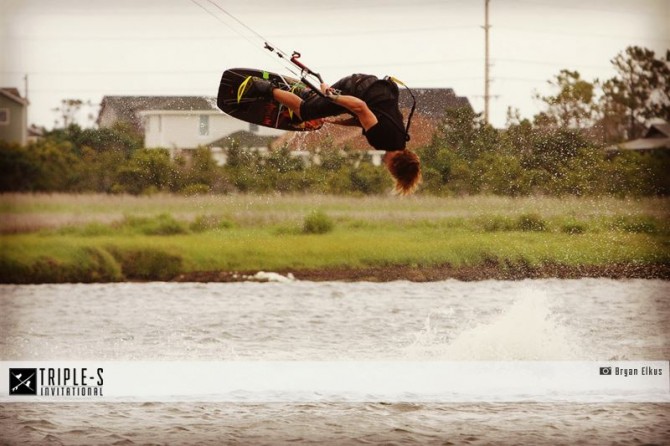 Following the Jam packed day of riding was finally a lay day.  Most competitors were very excited to kick back and relax, many went surfing or skating.  There was a boat basin winch session scheduled for 6, what a great way to end the mellow day.  The event kicked off at sunset with two features setup in the boat basin for some winching.  Unfortunately due to an injury, we stopped the winch session.  Lulu Vroman mad a minor mistake that resulted in a knee injury, she is doing well but I’m sure she could use some kind words and positive thoughts.  Get better fast Lulu!  Following the session ender, everyone took some time to eat and shower and the party kicked off with style.  One of the biggest house parties I’ve been to in awhile, full of people, Dub Island playing live in the living room, and a huge dance party!  Only at the SSS!  Today looks like another day of light winds, but tonight is the third annual Sunset Swim Bikini Fashion show.  Who doesn’t love girls in bikinis, and its all for a great cause, 100% of the proceeds go to KB4C to help people with cancer.  What a great cause and evening! 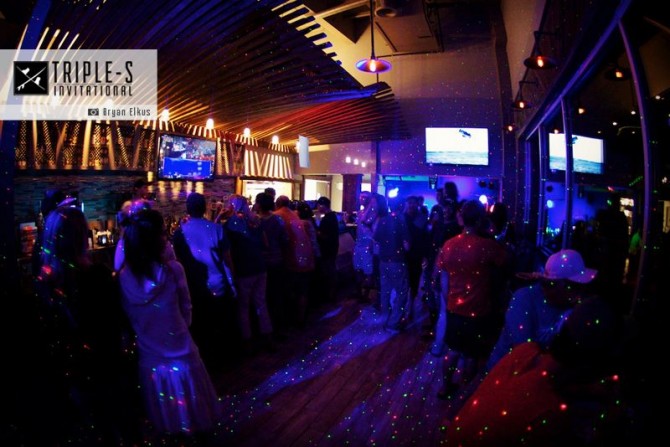 For all the up to date information as it happens, including snapshots and videos check out the live feed from the event: