The biggest event in the US kiteboarding calendar, and arguably the biggest wakestyle event in the WORLD is on! As the biggest kite magazine on the planet we had to be involved, and our man Brandon Scheid is there to bring you all the gossip and backstage action over the next week. He has a pretty good chance of scooping the prize too! Here is his first report and some shots from behind the scenes… 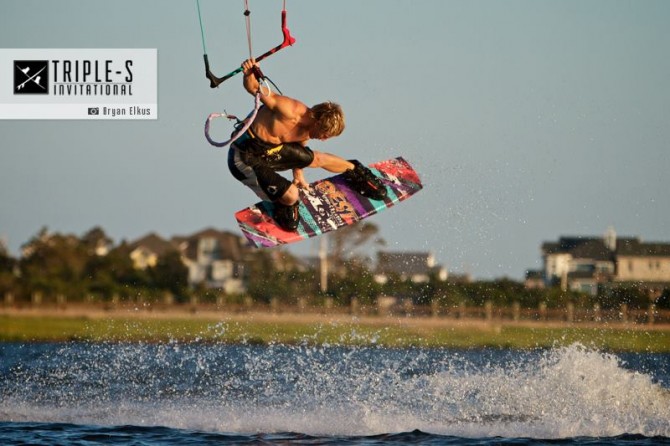 Chris Bobryk throwing it down in the slicks…

“Day one of the 2013 Triple S started with a bang.  A new event was added to this years contest, the Triple S Open.  Drawing riders from across the country, some came from as far as the Caribbean, to compete for a spot in the coveted Triple S invitational.  The course was setup out front of the Real Flagship store, and with solid SW winds the riders hit the water.  Using a slope style setup, the course kept the action fast paced and gave a great show for all the spectators on the beach.  One run consisted of the riders six best tricks(flat water or features), they were allowed two runs through the park as well.  We started with over 30 riders, narrowed down to a 10 man final(one girl), and in the end only one was allowed into the main event, a nail biter, I know.”

The stage is set and the forecast is on!

“With the final in the bag it was time for the other part that makes Triple S so special, the parties!  Things kicked off with a sunset autograph signing quickly followed by rider introductions.  All that was left now was to turn the lights down, the music up and party the night away!  Best deal at the bar is the $3 PBR tall boy, a hit with all the riders, I’m feeling those this morning.” 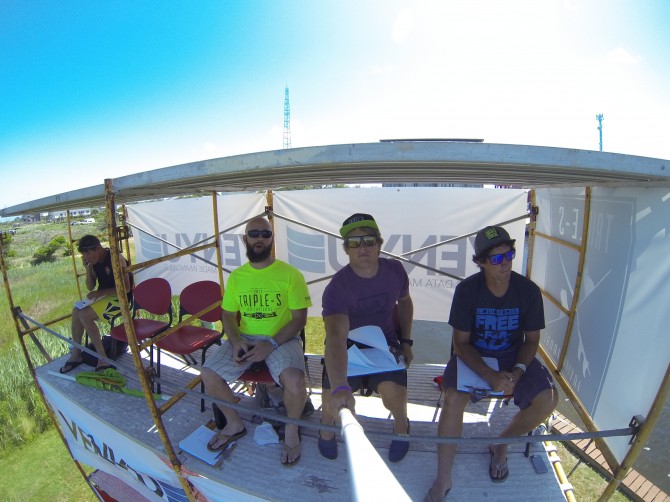 Brandon Scheid, our man on the ground, front and centre in the judging tower for the Triple S Open.

Today kicks off with a riders meeting at 11 with a first possible start at noon.  Wind is 18-20 already and forecasted to build, Triple S is ON!!!!!! 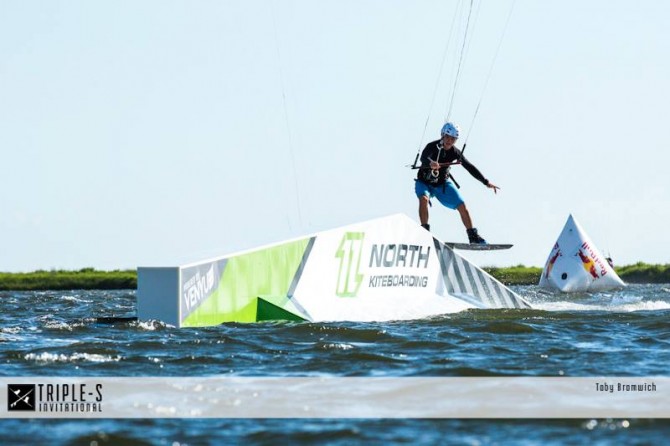 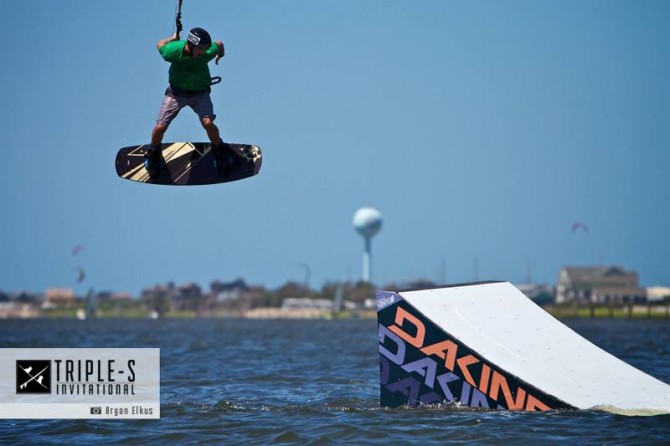 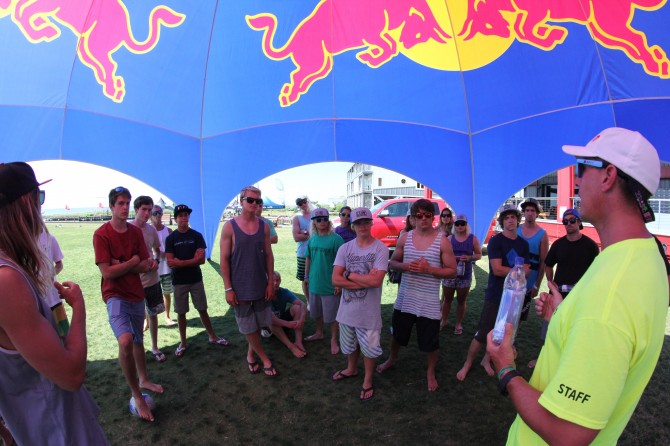 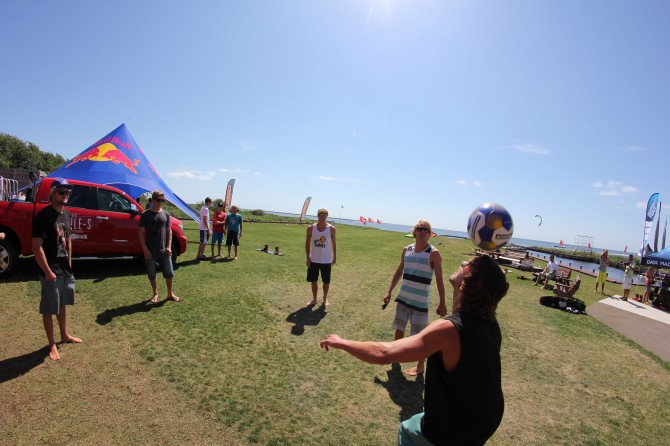 Football for the pros, pretty sure the UK Crew would have spearheaded this! 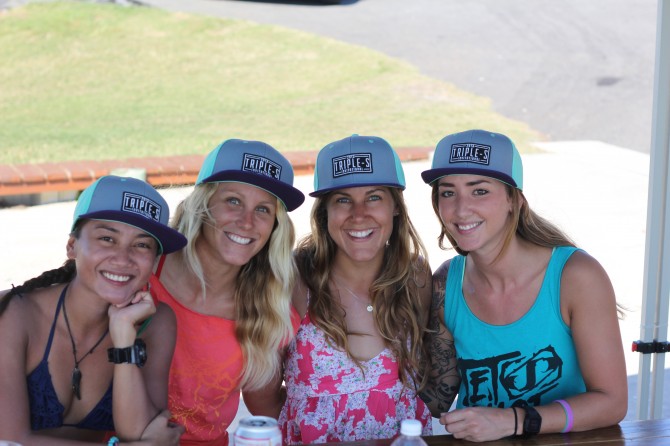 The girls are representing too! 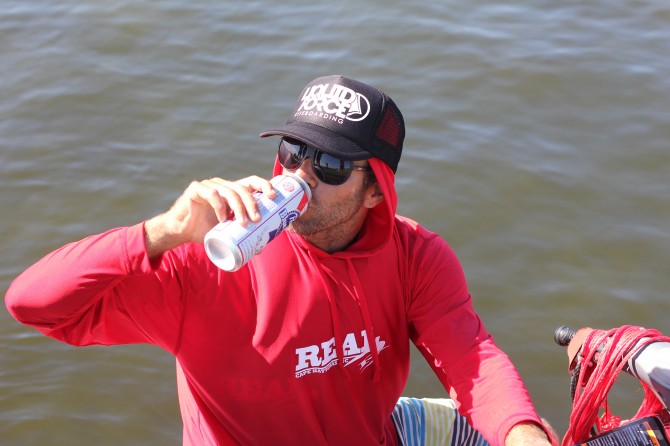 Stay tuned for more updates, interviews and action brought to you everyday by Brandon Scheid, we’re hoping he manages to stay off the booze and focused on the event, good luck fella!

For live info about the event including snapshots and videos check out the live feed: