IKSURFMAG is proud to once again be part of this amazing event, the images speak for themselves and to be honest you can keep the KSP World Tour stop in Mauritius, we’d rather go to this, quite possibly the most fun you could have kitesurfing! 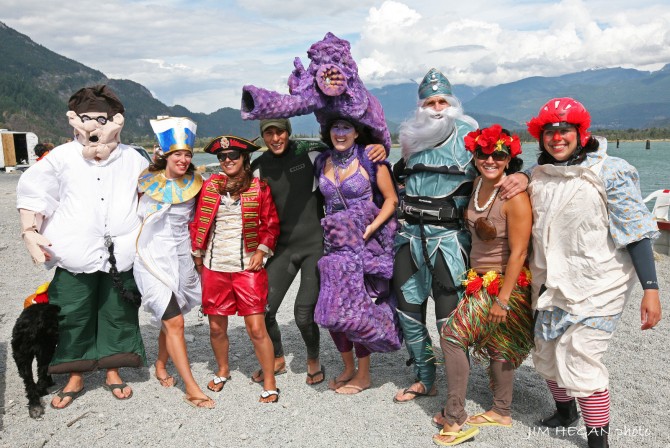 Kite-O-Ween 2012 will be held on Sunday, August 26th 2012, at 12:00pm in the afternoon at the Squamish Spit in Squamish B.C. It is the tradition of a hilarious, fun filled, light hearted, non serious costume day where kite boarders get dressed up in costumes and compete in an easy going contest. Kite sailors launch from the spit and brave the windy Howe sound, for a chance to win prizes do big air and freestyle tricks. 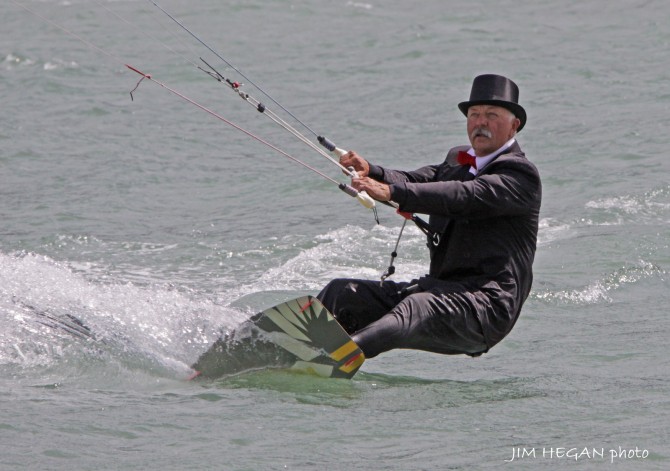 Homegrown moustaches are recommended, they are less likely to fall off when wet!

Last year S.W.S. experienced an unbelievable turn out of 3 times the participants and double the spectators. Even some dogs, babies got dressed up! The beach was lined with photographers and many volunteers helped out. 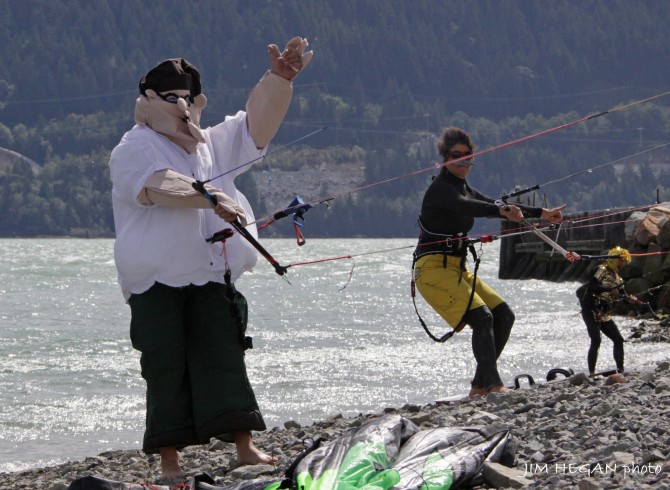 Thumbs up for a launch!

Contest entry fee is by donation to the Squamish Windsports Society. To qualify for the contest kite boarders must be dressed in a costume, have their own gear, and be fluent with the sailing rules of the spit. Contest registration will be held at the spit bunker before the event starting at 11:30am. 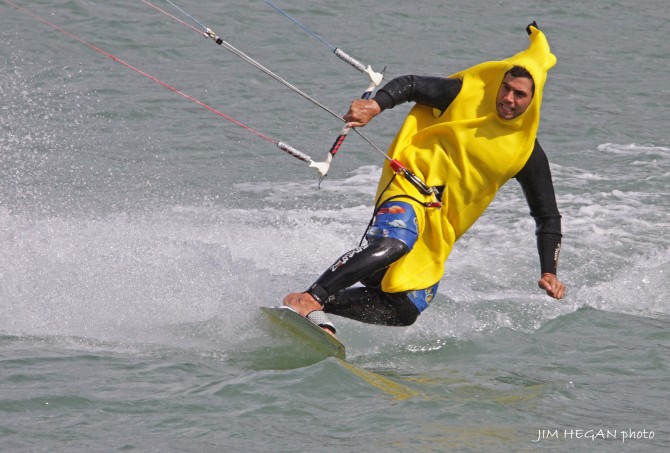 Every one is invited. Kiters, non kite sailors, spectators, photographers, families and friends are encouraged to put on a costume and join the fun. It’s time to start getting your costumes and cameras ready, and be sure to see a sight most people have never seen before! 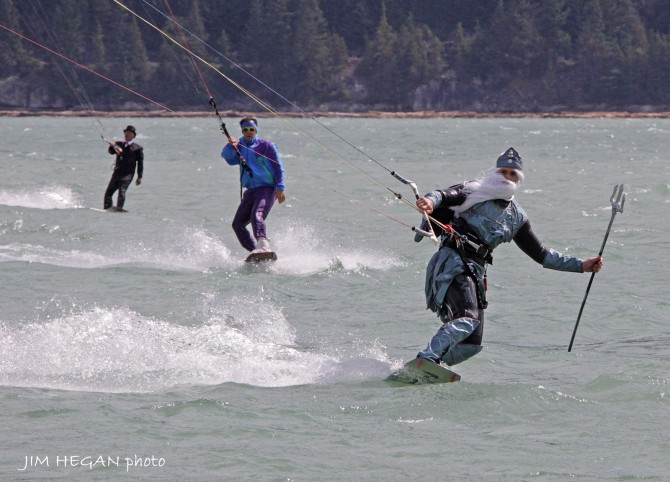 What would you do if you saw this lot coming for you?

For more information about this event check out http://www.kiteoween.com

4th Annual Kite-O-ween All Set For Kick Off!

HOME SPOT - SAVE THE SPIT! - SQUAMISH

Flying over the Squamish Chief!