An attempt at setting a new Guinness World Record for “The Largest Parade of Kitesurfers” will take place in Cape Town, South Africa between January 29th and 31st. This Virgin Kitesurfing Armada event will bring together amateurs and professionals in an attempt to break the record, and to raise funds for charities including the Save Foundation, a local community development organization in South Africa. The current record is held by the Virgin Kitesurf Armada Spain, with 352 participants. To learn more about the event and to get involved, continue reading below. 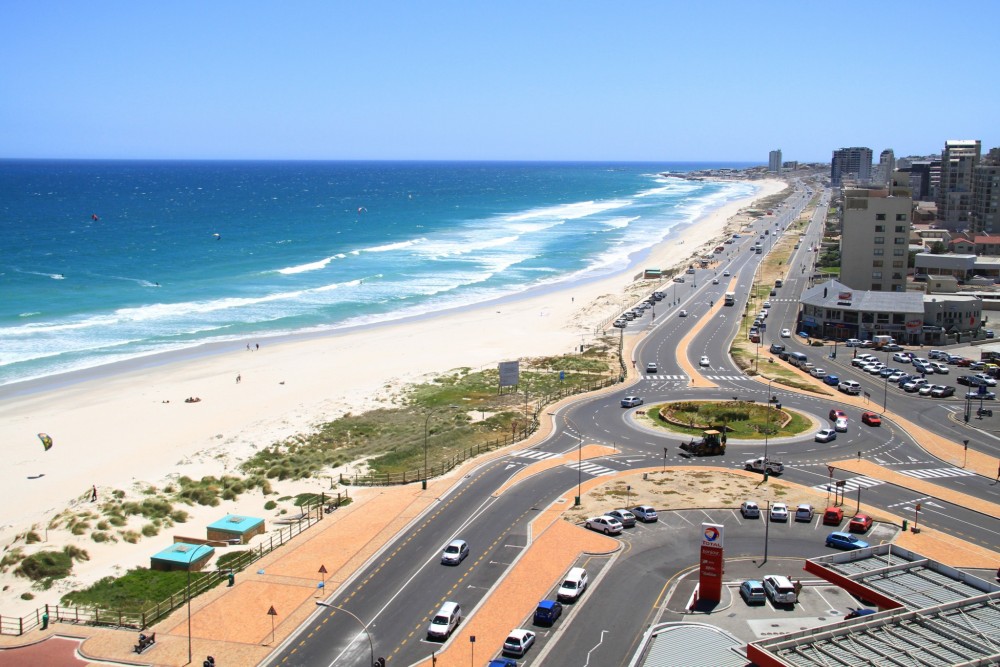 Cape Town will host the Virgin Kitesurf Armada this January. 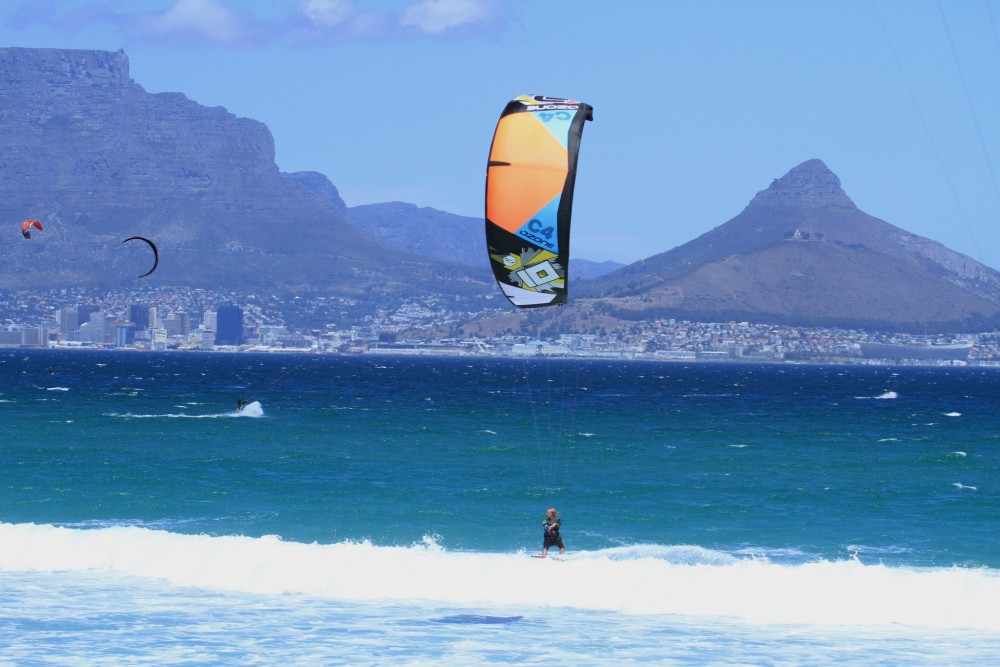 The Virgin Kitesurf Armada will attempt to organize over 352 kiteboarders.

The Virgin Kitesurfing Armada South Africa will now be hosted in Cape Town, one of the world’s most stunning kitesurfing locations, with Table Mountain as a backdrop. The wind window for the attempt is between 29th-31st January 2016, when professional and amateur kitesurfers from all over the world will come together to attempt to break the Guinness World Record and raise funds for good causes. It is going to be an awesome event so get involved! 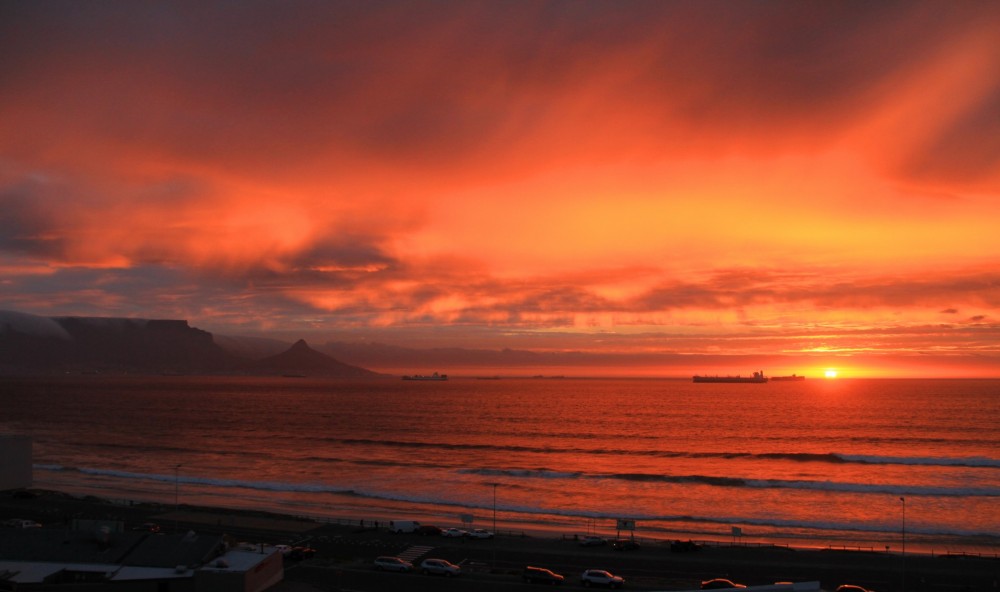 To date, the Virgin Armada has broken 3 Guinness World Records and raised over £150,000 for charity.

To enter the Virgin Kitesurfing Armada South Africa Sign Up Here.
(Or scan the WeChat QR code on the poster below!) 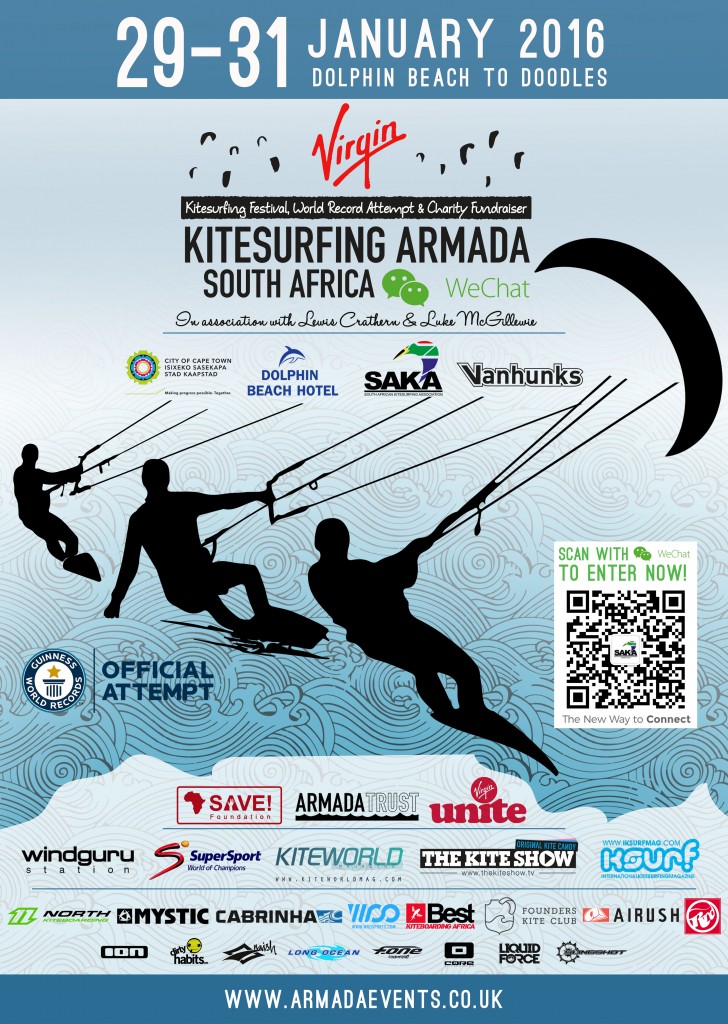 The Virgin Kitesurf Armada will parade from Dolphin Beach to Doodles in Cape Town. 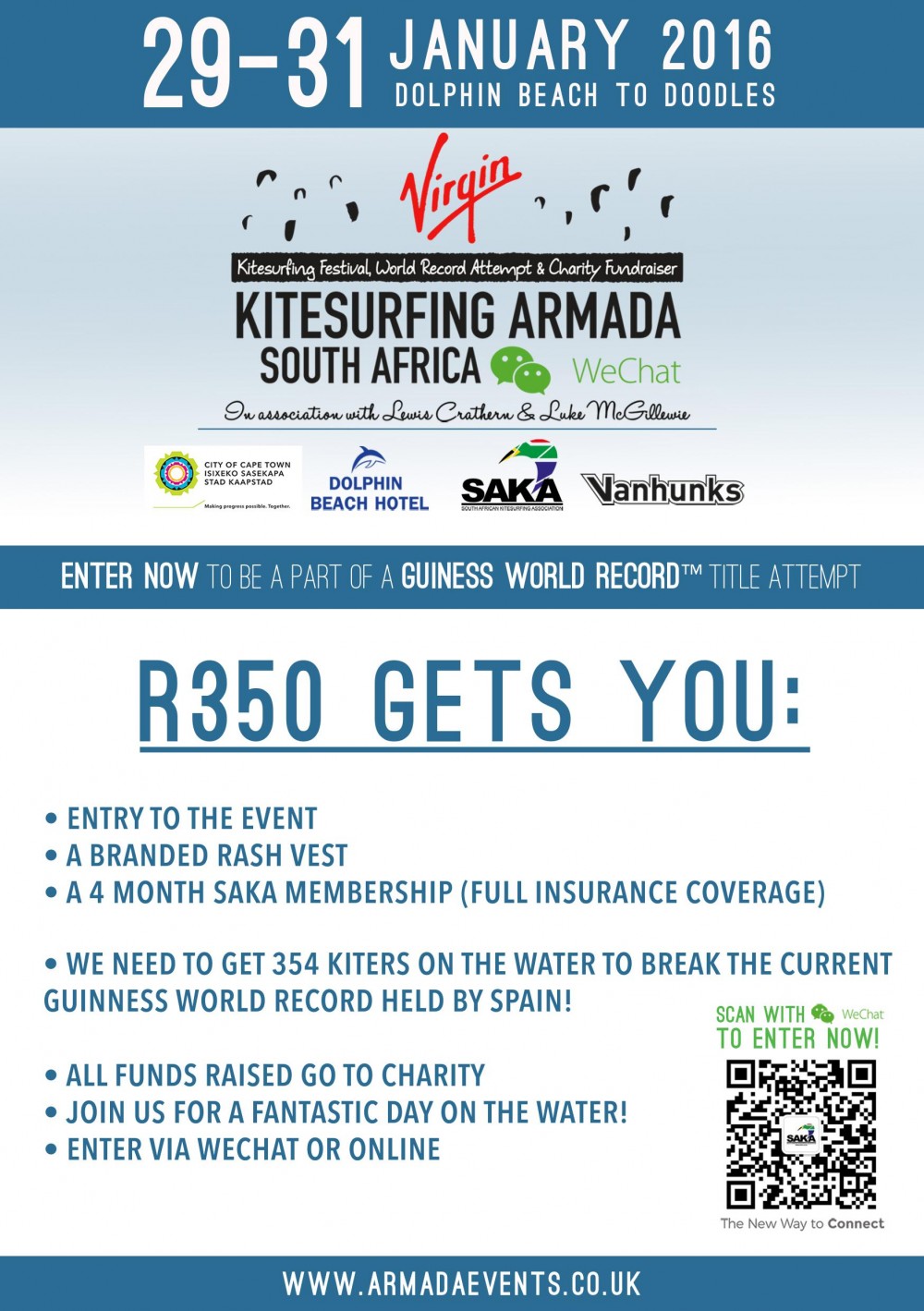 Scan the QR code above to enter.

Check out our bespoke VKSA South Africa event Windguru Page to get the latest wind forecasts.