Day 4 at the PKRA Freestyle Junior World Championships saw the continuation of the boy’s and girl’s double eliminations. The final rounds for the age categories the boy’s under 12 and girl’s under 13 were run, and the youngest world champions were decided.

The day began with plans to get started early after a promising forecast predicted morning winds from the southeast. As the wind was not cooperating as planned, the remaining competitors welcomed the extra time as an opportunity to focus on preparing their gear and strategy for the days heats. By 1:00 the wind turned on and competitors hit the water to test the conditions.  Soon after, the wind filled in quickly and the competition resumed for the day. 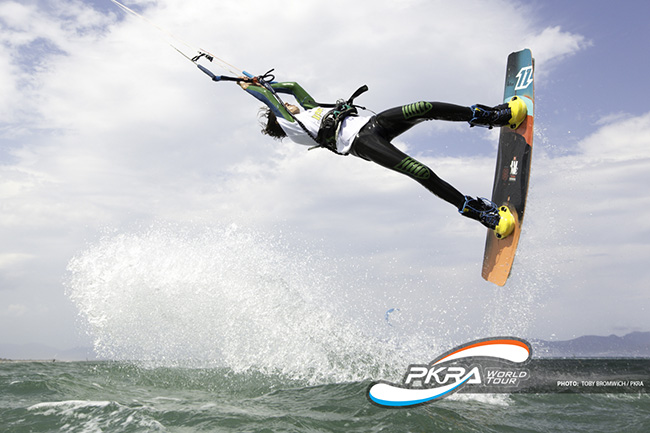 The girl’s under 13 age group were the first to hit the water for their third and last final of the event. Showing their best skills, the three young ladies seemed to be having as much fun in the water as the parents and crowd were having on the beach watching them. The young riders were clearly pushing themselves, amping on the thrill of competition and the screams and whistles from the beach. In the end, it was Claudia Leon (ES) with her aggressive riding, taking home the win and title of PKRA Freestyle Junior World Champion for her category. 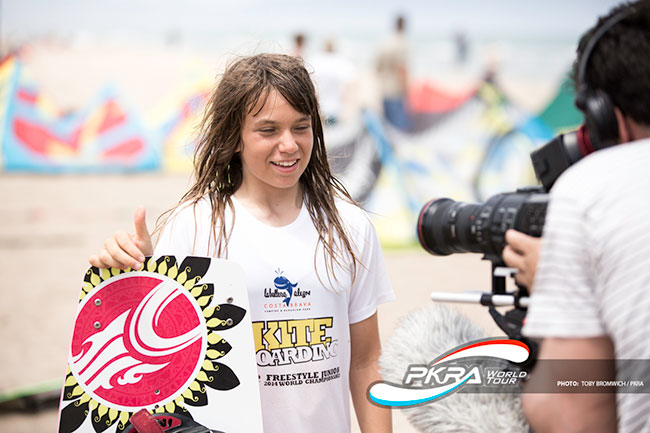 Next up was the last final of the boy’s age group under 12. The battle for 2nd and 3rd was still up in the air and Francisco Piero, Joan Mir, and Karim Mahmoud went head-to-head in the 3-man heat.  Piero managed to beat out Mir earning the second place spot. Karim Mahmoud (EG), who had already had two first place finishes, sealed the title in round 3 due to his consistent riding and solid unhooked tricks. Mahmoud went out pushing his competitors to a higher level, and won his third and final heat of the event, confirming the title of PKRA Freestyle Junior World Champion in the under 12 division.

With 3 world champions already crowned for the event, the jury is still out on for boy’s 12-14 and boy’s 14-16 divisions. As the focus shifted to the older juniors, the action seemed to continue non-stop, as the level of riding in these two brackets was nothing short of impressive.  The winds shifted at times, becoming quite gusty and resulting in a few abandoned heats. Still, it remained in the 18-22 knot range for the older boys throughout most of the afternoon. 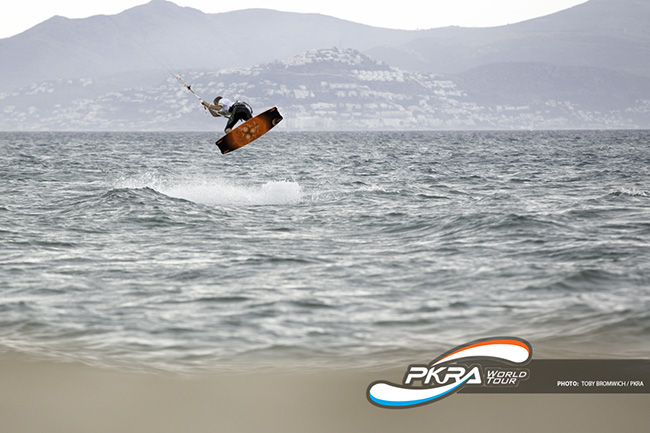 Notable riding in the boy’s 14-16 division came from Inaki Gainza. His opponents challenged him in some close heats, but his solid execution and power in his tricks allowed him to climb his way up from the first round, winning three heats total for the day.

For the boy’s age group 12-14, the difference in the level of riding from the older juniors was oftentimes blurred. In one of the last heats of the day, Maxime Chabloz had a very close heat against Nino Liboni. Liboni rode strong and with power, landing some big moves. However, Chabloz rode strongly as well, and managed to come out on top due to his landing a wider variety of technical tricks. 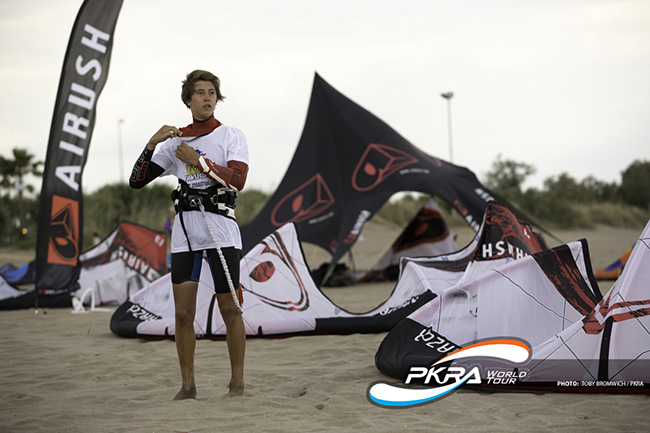 While the top finishers from the single elimination are waiting comfortably for their heats, the boys working their way up the ladder are hungry for their chance to climb higher. Tomorrow is forecast for winds to build in the afternoon from the same direction. Riders will meet for a clinic at 10:00 featuring pro-rider Sebastian Garat to cover the topics of competition strategy and training tips.

Special thanks to our industry partners that contributed support for this event:Airush, Best, Fone, North, Ozone and Slingshot.

Stay posted to Facebook and Twitter feeds for start times, updates, and all the latest info from the PKRA World Tour. 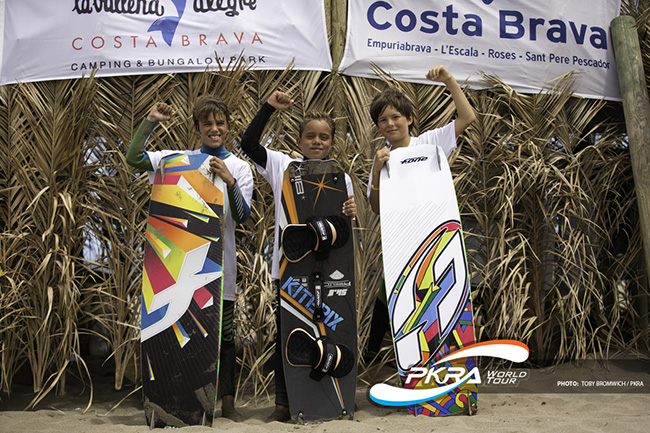 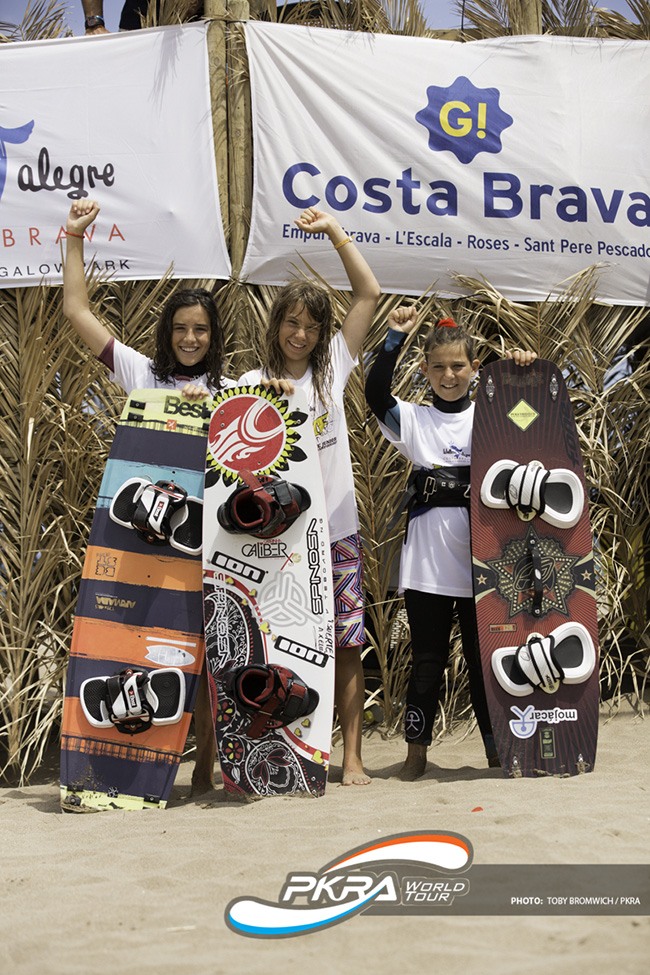 Finals And High Scores Of Single Elimination At Youth Cup 2015

Light wind KITEBOARDING tips! "How To"

What's new on the CORE GTS6? Why I love the MEGALOOP BEAST // SA Gear review