The Olympic Hangover – Is One Design Looming?

Now that the news has sunk in and the dust has settled it’s time to reflect on the decision that will undoubtedly change the face of kiteboarding for the foreseeable future. All over the world kiters who weren’t previously into the kite racing scene are showing an interest, and the riders who have been involved with the discipline have questions that they want answered. We’ve spent the last couple of days speaking to the people involved and collating as much information as possible to bring you this article. It will hopefully answer most of the questions you have and perhaps educate you a little bit about what the coming months and years have in store ahead of Rio 2016!

Kiteboarding in Rio, you can count on us being there!

Some of the protagonists of this achievement have been saying that 2016 is too soon, indeed pretty much everyone in the Industry was thinking that 2020 would be the earliest that this would happen, so it was a surprise for most of us! But this is not something that happened overnight! The momentum to make this happen has been rolling forward for the last few years, so while the news came as a surprise, have faith that the sport of kitesurfing will be more than ready to take on the Olympics in Rio!

It all started when some speed sailors started posting some pretty impressive results, making them the fastest “sailors” on the planet. Naturally the sailing fraternity weren’t too happy these board short wearing guys on tea trays with kites posting times faster than their multi million pound yachts. The argument was that we couldn’t be ratified as the fastest sailors as we weren’t technically deemed to be “sailors”. Enter Markus Schwendtner and his brainchild the International Kiteboarding Association in late 2008, they lobbied to get kitesurfing recognised by ISAF, the International Sailing Federation. Once kiteboarding was recognised as a sailing class by ISAF then there could be no doubt who were the fastest sailors on the water. You could ask why did we need to do this, well it was the sailors competition the speed sailors were entering, so if they were ignored by ISAF they wouldn’t be able to claim the title. There wasn’t a kiter on the planet that wasn’t pleased to see the speed kiters hold the record! The IKA then went on to organise the various kitesurfing events around the world and to help unify the sport across the globe as far as competition was concerned. This then paved the way for the next move, could the sport be included in the Olympics?

Two years of painstaking process were followed, riders, racers and celebrity kitesurfers like Richard Branson were brought in to back the bid. Videos were put together to show ISAF the scope of the sport and how well it could cope with the 6knot minimum wind range imposed on all sailing classes to be considered for the Olympics.

Lastly once all the hard work had been done the kitesurfers were welcomed to an Olympic Trials event in Santander in Spain to showcase the sport to the ISAF officials so they could use the information and knowledge gained to make a decision about included Kitesurfing into the ISAF format and ultimately including it into the games. Obviously the team showed themselves to be professional, capable and essentially the superior class to be included under the ISAF umbrella and to be included in the Rio 2016 Games. 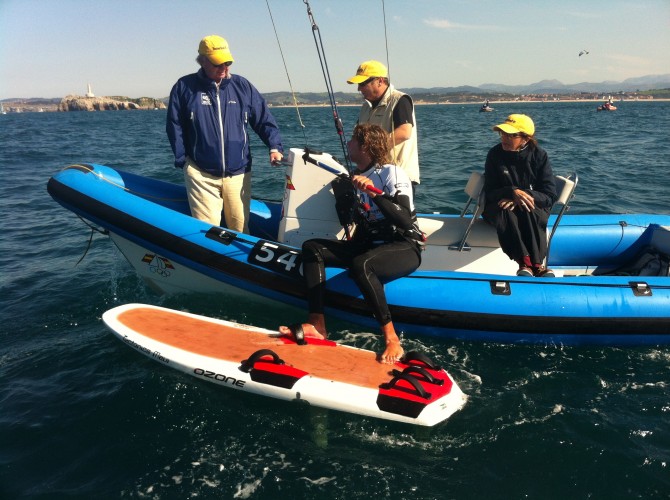 So what happens now? The RSX Class of windsurfing has undoubtedly been cancelled, but the 2012 Games in London are still forging ahead and all attention should be turned to those athletes fighting for medals there. If they do well then that will increase the funding in each member country. So a lot of focus still needs to be on that. But as soon as the 2012 Games are done then the RSX Class is pretty much over. National Sailing Governing Bodies who are members of ISAF will be needing to take on the sport of kitesurfing and apply funding accordingly. It’s down to the riders in each country to ensure they are represented accordingly and the sailing associations work with the existing network of riders and kiting governing bodies that are in place.

This is a big question at the moment, will kite racing become a One Design fleet? Lets hope not, look at what One Design did for windsurfing, as the sport developed the racers at the Olympics were left behind riding out dated fleets of equipment. At the moment our Class Rules follow a box rule for the board and an open rule for the kites and fins. So there is lots of room for scope in terms of development. The box rule for boards was important to at least level the playing field somewhat and the new production rules have gone even further, a brand must produce a minimum of 30 boards in order to qualify to be able to race in any IKA/ISAF sanctioned events. 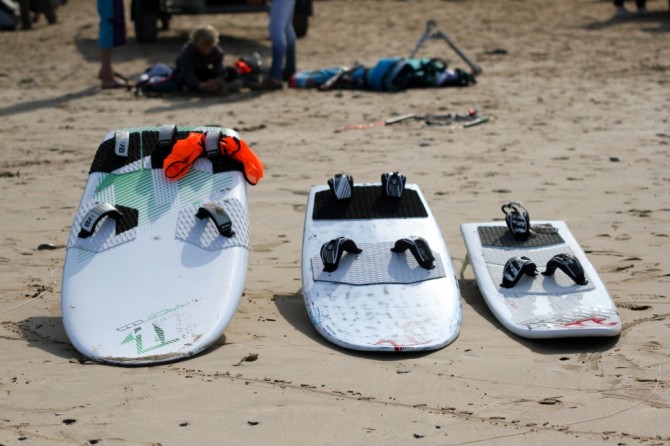 It took just three years for boards to develop this far. One Design would kill the development in its tracks!

Traditionally however ISAF likes a One Design, this eliminates the equipment gap between competitors and pits them purely against each other on a skill set rather than an arms race. The Olympics however is a little more open on this, Cycling, BMX, Snowboarding, they all use whatever equipment they deem necessary and the playing field is still fairly level.

Markus Schwendtner had this to say on the One Design concept: “No, we are box rule and we want to keep it exactly how it is – everybody brings his kit from his sponsor and races it. One Design is bullshit!”

Thats the man behind the bid and the guy closest to the ISAF committee at the moment. No one in the sport wants One Design, we all want to keep the box rule, the riders, the manufacturers and all the people making the decisions like the box rule. But that’s not to say that won’t change. ISAF is open to lobbying and no doubt Neil Pryde just had a considerable value wiped out with the loss of RSX. What’s to say they won’t start lobbying ISAF for a One Design Kitesurfing fleet? Well all we can do is rally around and make our voices heard to steer the sport in the direction we want it to go. And hope that guys like Markus still support our best interests. 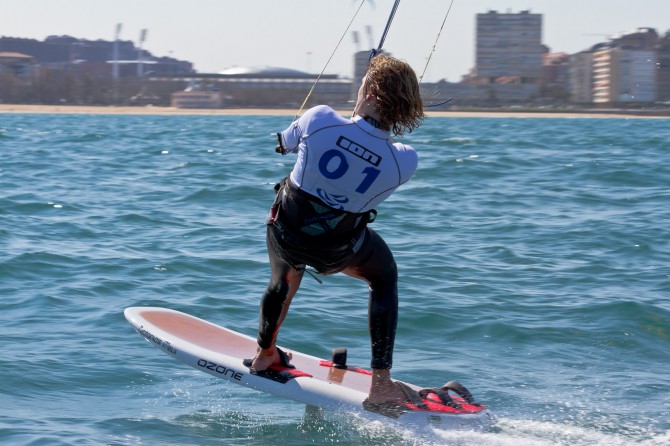 Jonny Heineken at the Olympic Trials in Santander

Looking at the way Markus views things I would like to think the sport is in safe hands: “The class rules are our class rules – ISAF gave the clear signal not to change and not to become just another boat. But this is all stuff I need to work out with ISAF in the coming weeks – all the boys in the office are greatly behind us. We will definitely not go down the route of windsurfing but I need some time to get all the information together and present them to you guys.”

Well there are 4 long years to wait before Rio comes around, but there is much to do. Kite racers need to be working closely with their National Sailing Associations to ensure the best interests of the sport are maintained everywhere. Hopefully we will see even more development with the equipment, and also even more people getting into kite racing too. No doubt a few RSX sailors will be in the market for kite gear. Ultimately there is going to be even more funding for the sport even more interest and that has to add up to be a positive thing. If it is handled correctly!

Kite Racing, The Olympics, and My View...

The Olympic Hangover Kicks In...