The tightly contested Tri-Services Festival of Kiting is a wrap for 2015. The Royal Air Force Power Kiting Association won a decisive victory at this year’s event, held in rugged weather conditions at Hayling Island from October 19 through 23. Riders competed in freestyle and twin tip race categories. For details about the championship, continue reading the report below. 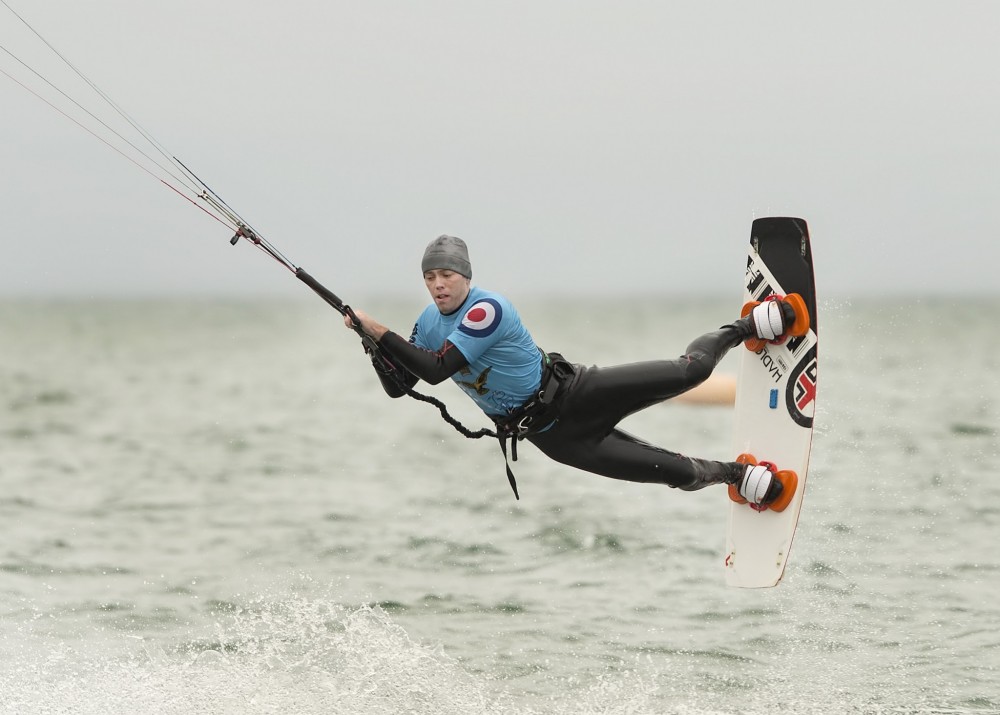 All three Services gathered, completing a period of pre-competition training before entering their best 6 riders into the inaugural Twin Tip Race followed by a Freestyle competition on the last day.

The weather conditions for the Twin Tip Race would mentally challenge the best sportsmen and women. The riders prepared their gear under dark miserable grey skies and torrential rain; however, Flt Lt Chris Roberts using his mastery of upwind racing was almost flying across the water, narrowly missing out on first place, but taking home a well deserved 2nd place trophy.

In a field of approximately 60 Inter-Service riders the RAF team wiped the floor in the Freestyle competition. With challenging conditions including a changeable wind direction incorporating powerful patchy gusts, they faced each opponent with outstanding strength and determination. All riders put on a performance nothing short of exceptional. They were all fighting for a place on the freestyle leader board. The RAF team set out to win and after a hard year in training they received a truly deserved victory.

The team have recently returned from an incredible training camp with the Always Windy Team in Gokova Bay, Turkey. The conditions there were perfect for the team to progress beyond their expectations. This was partly thanks to the coaching and mentoring that they received from Taner Aykurt, Turkey’s Number One Freestyle Champion. 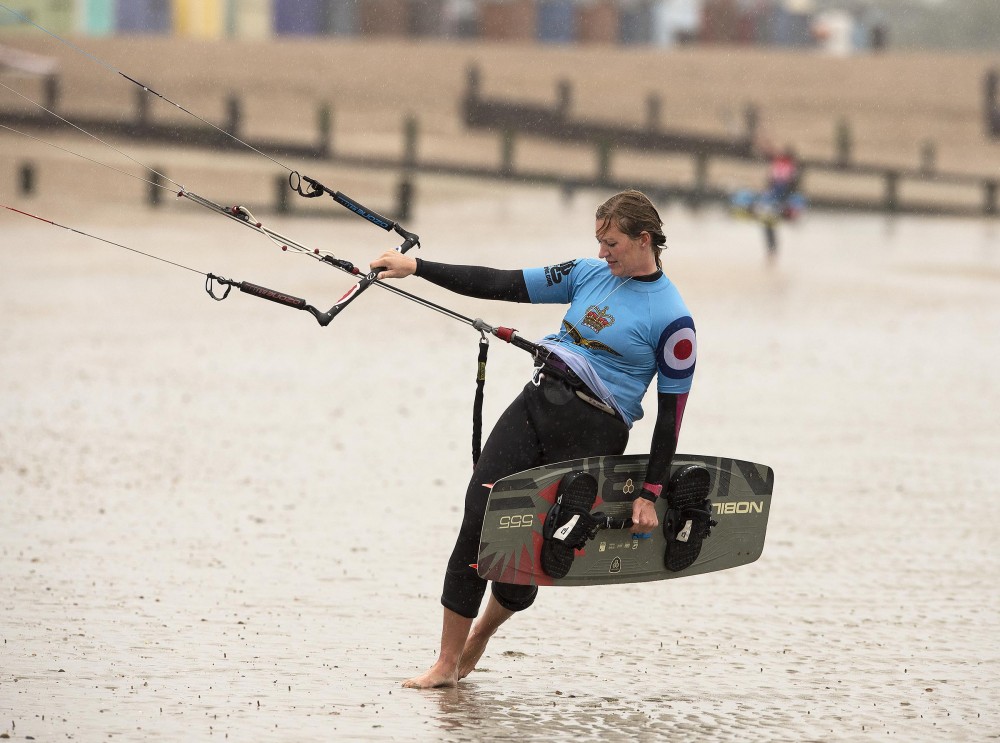 The Royal Air Force team trained hard to prepare for the championship.

The RPKA would like to thank the Always Windy Team for facilitating exceptional training conditions, Chris Bull Kitesurfing for managing the beach during the Festival of Kiting and the Army Kitesurfing Association for organising this year’s Championships.

For more information on power kiting in the RAF go to http://www.raf.mod.uk/rafpowerkiting/.