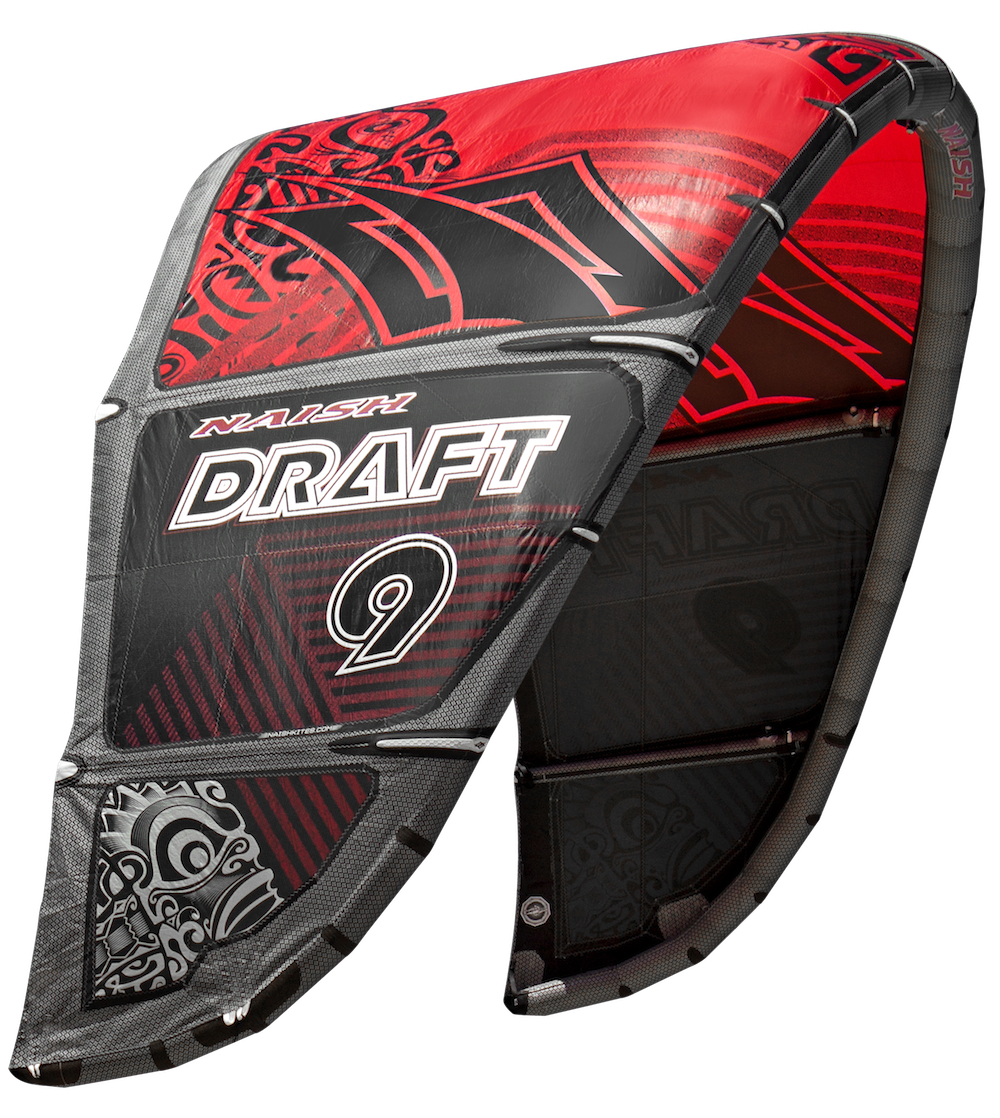 The Draft is a high performance freeride kite that generates powerful lift for boosting big airs and long gliding jumps.

The Draft is a high performance freeride kite that generates powerful lift for boosting big airs and long gliding jumps.

It features a state-of-the-art airfoil design that excels at hooked-in riding, upwind performance, and competitive speed. The Draft’s new reduced leading edge taper adds rigidity to the wing tip, moving the axis of rotation closer to the center of the kite, resulting in sharper turning and a more precise bar feel.

Swept Open C
The swept open C-shape maximizes the lift of the C-kite airframe. Its open arc delivers more power on demand than other kites of the same size and provides unmatched upwind performance. The swept profile balances the kite for better turning.

Power Foil Canopy
The power foil canopy has horizontal seam shaping. The result is a kite that creates instant lift.

Evolutive Profile
The profile’s depth and shape evolves along the airfoil, helping create a fast flying, stable kite with less back stalling. The center sections generate power thanks to a deeper profile, while the flatter profile in the tips minimizes drag and allows faster turning.

Low Drag Wing Tip
This wing tip geometry decreases the overall surface area of the non-lifting portion, greatly reducing drag. The more efficient the lift/drag ratio becomes, the faster the wing tip can move through the air. This allows the kite to be both quicker and more responsive through turns.

Octopus Inflation System
This proven, quick, and easy single-point inflation system creates uniform pressure in the struts and leading edge. Naish’s exclusive one-way internal valve ensures that the pressure within the struts does not change during turns.

NEW Lightweight Solid Frame Construction
Every strut is attached to an optimized, lightweight frame consisting of heavy-duty dacron that is then sewn onto the canopy for unmatched resistance to wear and heavy loads.

Radial Load Distribution
All wing tips are designed with seams running parallel to the load generated by the flying lines. These seams carry most of the load and spread it higher into the canopy. This design helps prevent fatigue on the fabric and in the wing tip area.

The God of Gods - Custom Story by LIEUWE®

POV over an island #kitesurfing!