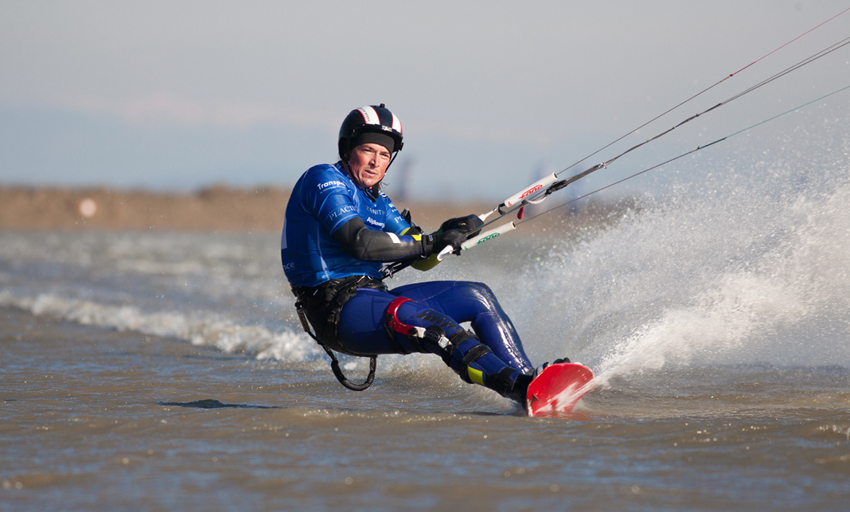 Ever since the mega sailing boats such as Hydroptere and Sailrocket 2 have stolen our crown of being the fastest sailing craft on the water the buzz around speed seems to have died down a little. But that doesn’t mean the athletes who love going fast have given up on their attempts to be the fastest men on the water, far from it! Yesterday Alexandre Caizergues shattered the World Sailing Speed Kitesurfing Record over 500 metres with a blinding average of 56.62 knots in the “Salt and Speed” Volkswagen Transporter Arena located in Salin-de-Giraud, France. American Rob Douglas previously held the record but was beaten by 0.97 knots in Alex’s World Record run. The Provençal rider has held the record previously and is really happy to have brought the crown back to France, a nation that has always been very focused on the Sailing Speed record. 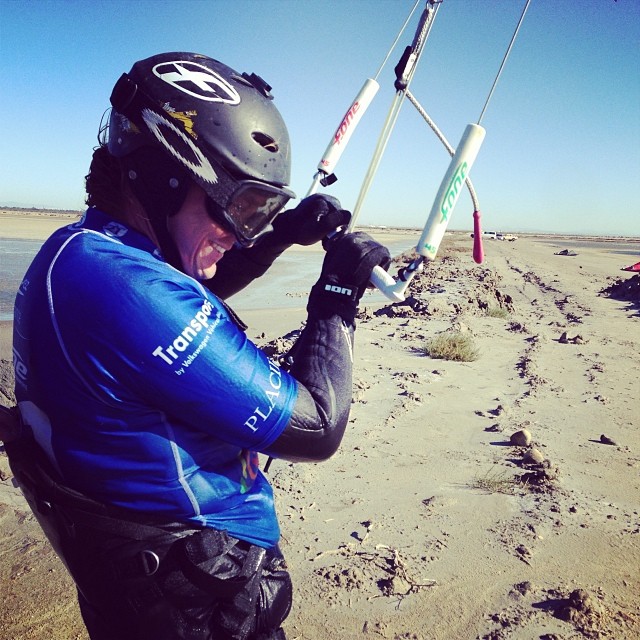 “I’m delighted. It’s great, it’s remarkable!” says a thrilled Alex Caizergues. “We’ve validated the capacity of our speed spot and the “Salt and Speed” event. We’ve known for a while that this was a possibility and that we were capable of going very fast. Today, in a northerly wind of between 45 and 50 knots, I did at least 15 runs and each time I was doing over 50 knots. I made the most of a solid gust to accelerate and the result is immensely satisfying. Everything is set up in the salt marshes so that we can go even faster. The “Salt and Speed” team has done a fantastic job in tough conditions so thanks to everyone. Rob Douglas opted to skip this particular attempt at the start but right now, the next gale can’t come soon enough”.

Can it be surfed? Surfing a 1 m2 peace of plywood!?

Back at it with Azza