OK first up here is an apology, this post is a little late, we were hoping to bring you up to date info right from the meeting in Mauritius, but sadly the Internet was pretty much unusable in terms of uploading photos and blog posts… But don’t panic, we didn’t rest on our laurels and were out there every day testing the kites and boards and taking photos so we could get this posted up when we returned! 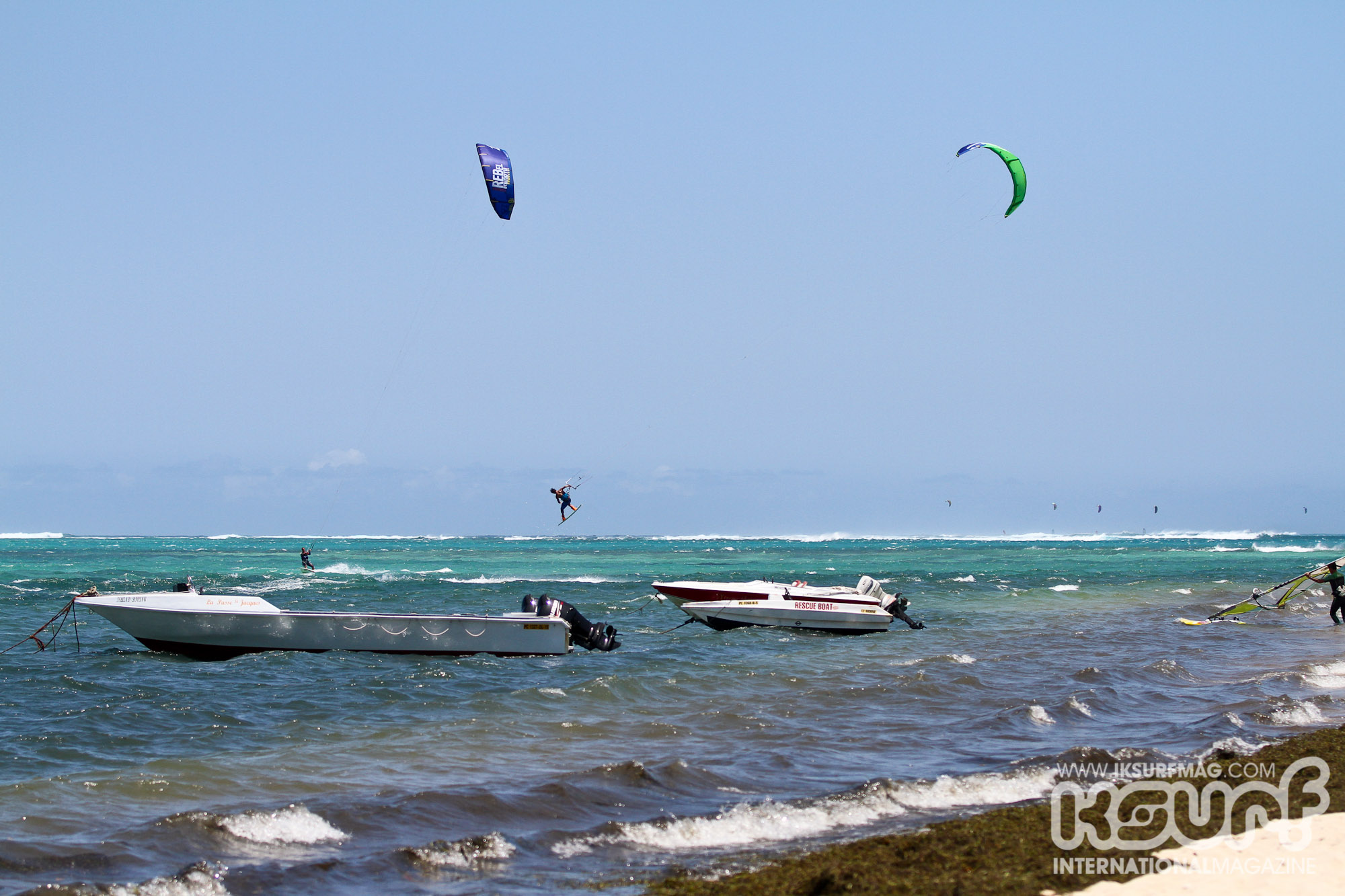 North don’t do things by halves, a myriad of staff and equipment was on hand to make sure we could get the most out of the trip, they also booked the wind, after my last two trips which left me sat on the beach more than in a harness, it was refreshing to ride everyday! The biggest kite used was a 10m and the smallest a 7m, the waves were pumping too… What was on show? North had most of the kites in the range there, Rebel, Vegas, Fuse, Neo and Evo, to be fair there may have been a Dyno kicking around but it was always too windy to find out! Boards were there in abundance too, all 8 of the twin tip series, Gambler, TS, Jaime, Select, X-Ride, Soleil, Gonzales and Spike were on the beach plus the full line up of surfboards including the new Wam, Kontact, Whip, Whip X-Surf, Nugget, WooHoo, SkimFish and the new Pro Series. 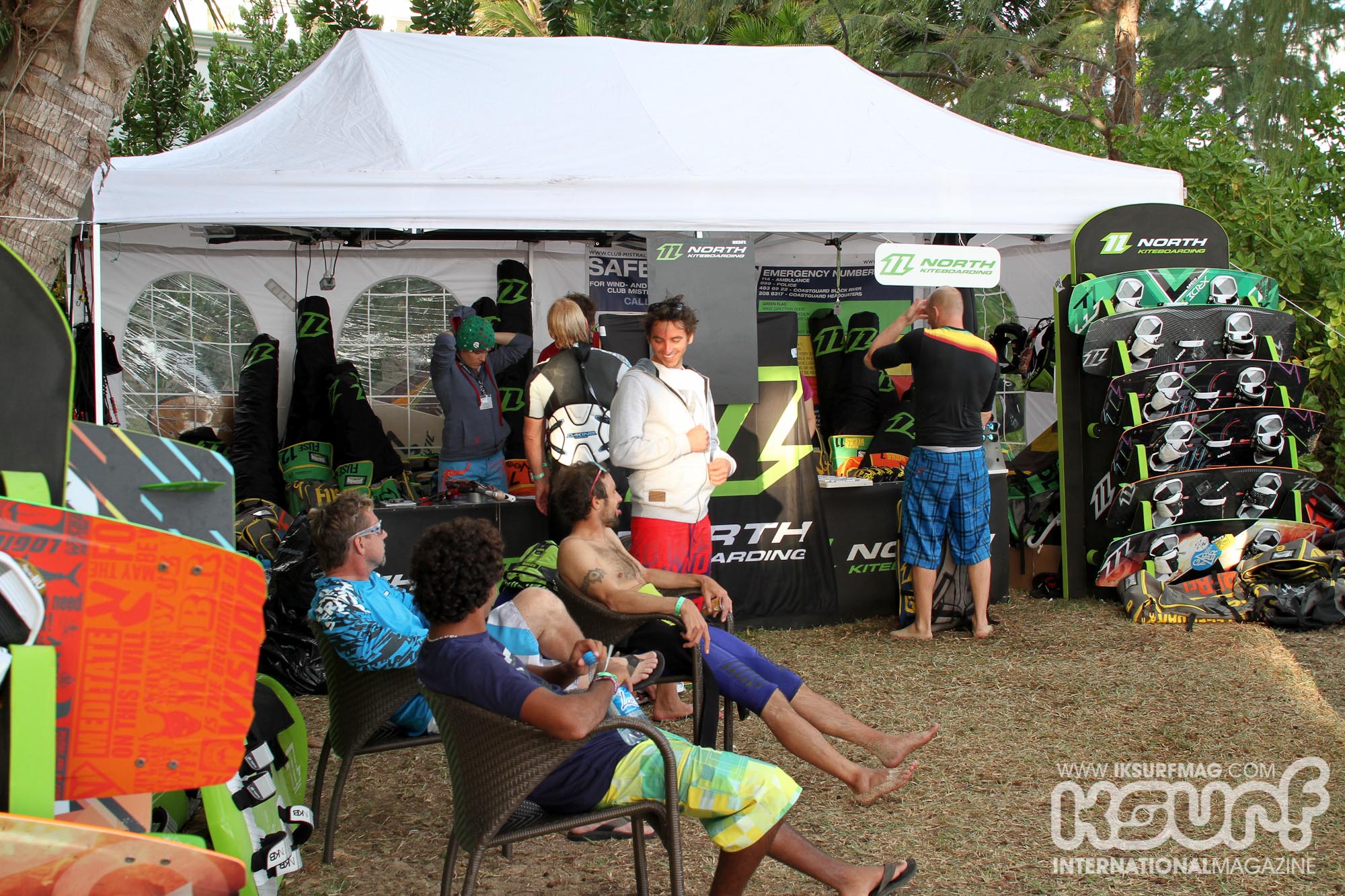 More equipment than you could shake a twin tip at…

We’ve already tested the Rebel, and the Evo bit it was great to be able to put them through thier paces in some proper waves out in Mauritius, the Evo was a standout favourite, so versatile and fantastically stable in the waves. I think I had one of my best sessions on the 10m out at One Eye on one of the bigger days, the kite is so easy to fly and cranks in the turns, medium bar pressure lets you know where it is at all times and it has enough in the tank to get you out of trouble when you need it too! We love the 5th and 4 line options, on a 4 line 22m line length bar the kite really came alive! 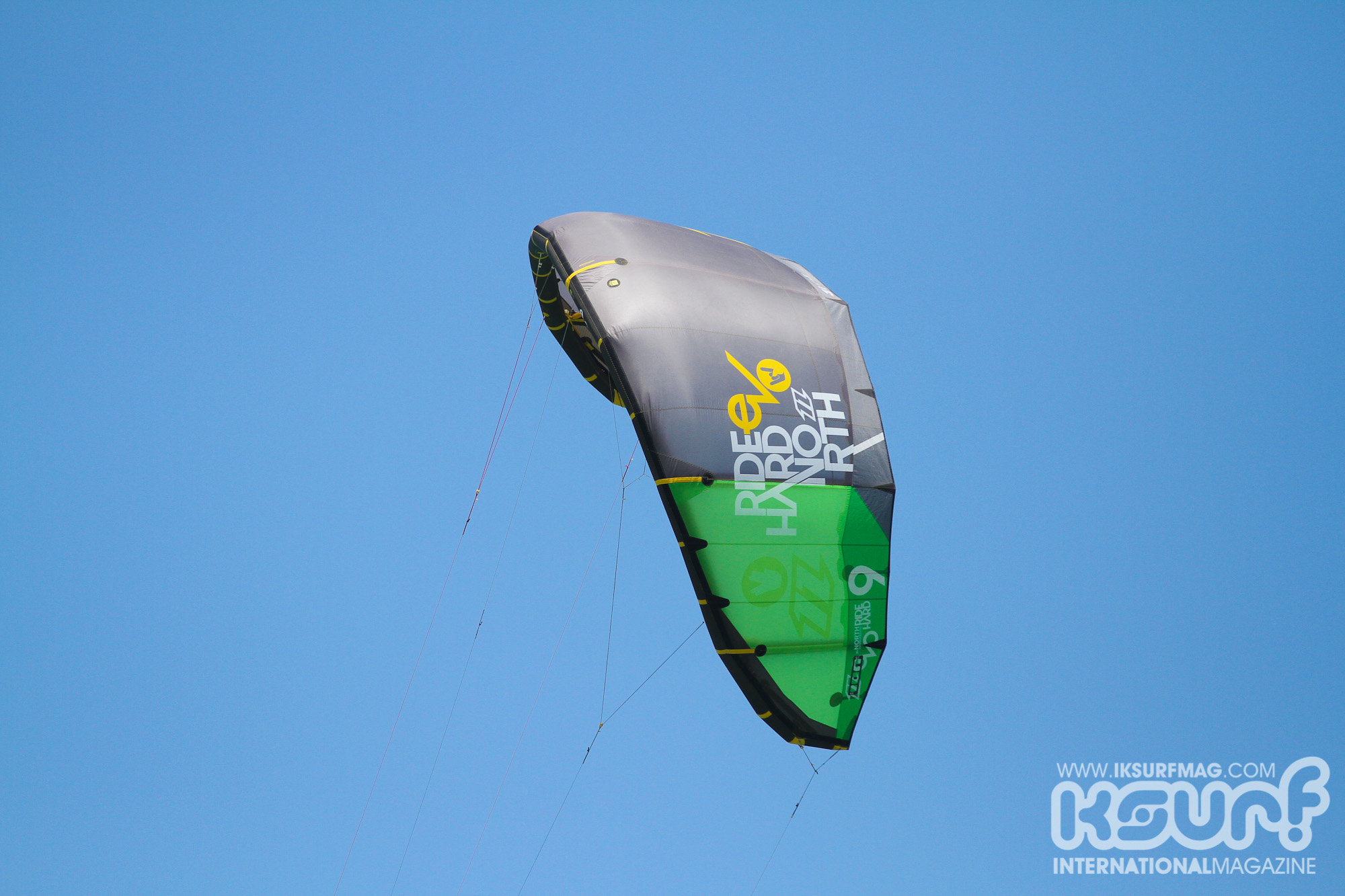 We also got to ride the prototype Neo for 2013, the 7m was one step way from production and the 9m is a couple of steps away. The 7m felt really polished, lots of low end power, incredible drifting abilities, nice and light on the bar and effortless steering. The 9m we rode was similar, although suffered a little from flutter, something the team are aware of and are getting sorted for the final production run.The Neo is a great 4 line kite though and should be one to consider, not just for the wave heads, where it excels, but also as a new school freestyle kite. It performs very well no matter what you throw at it. 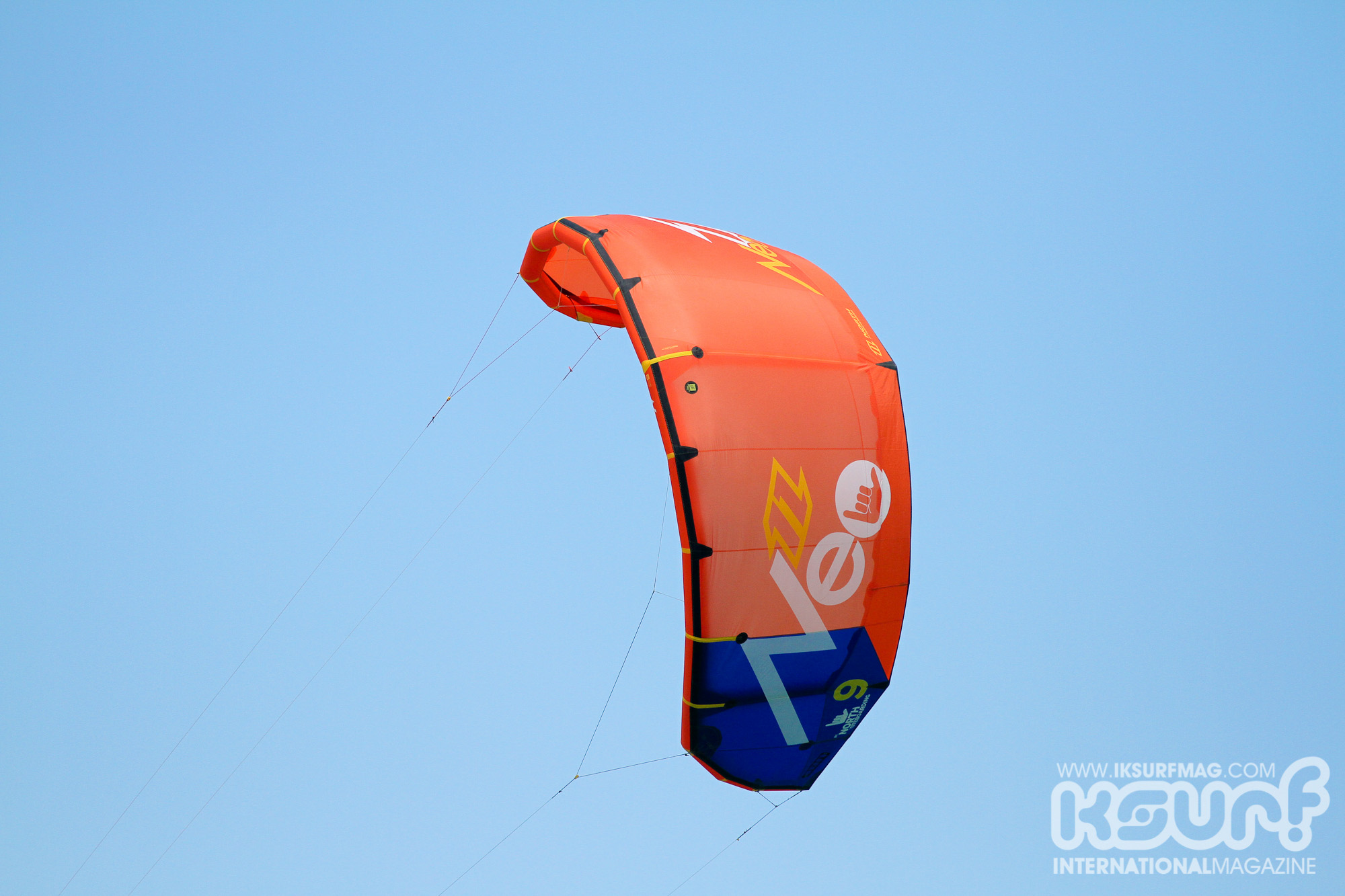 The Fuse was also there, again a pre production prototype but it was very well polished and was stunning upwind and excellent for jumping. It proved a popular choice over the week and was seen out in the waves at One Eye on numerous occasions proving that it isn’t just a freeride machine. Of course the Vegas was on hand too and as ever proved to be far more than a freestyle machine. Tom Court was busy pushing the limits on the kite, but equally he was out at One Eye getting barrelled with them too. All to often people think of the Vegas as a hardcore machine, but really you need to try it to understand that while it has limitless potential in terms of power, it can also be tamed and used for more freeride duties and even the waves! 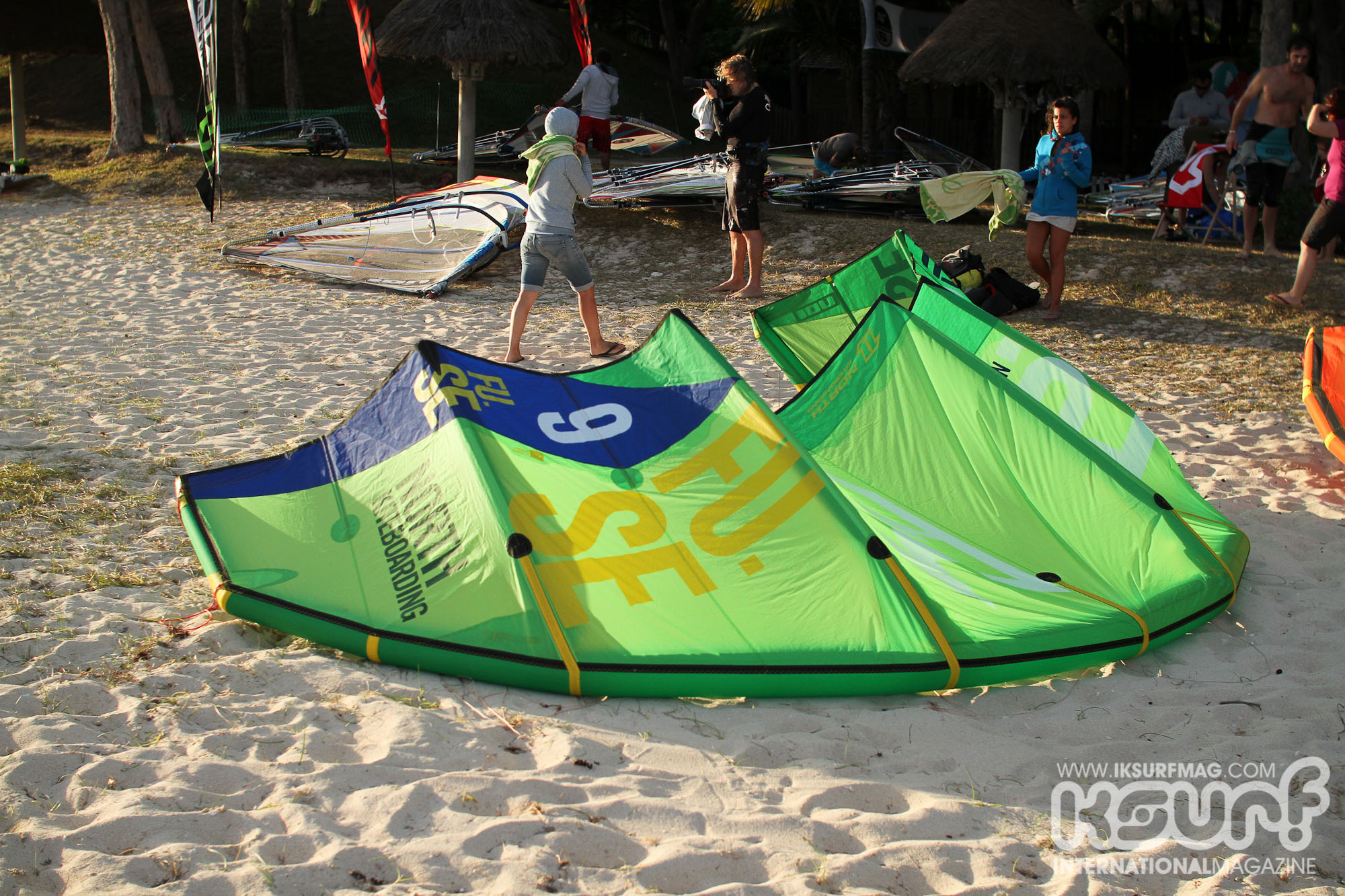 The Fuse, a little bit more than a 4 line Rebel!

Speaking to Till Eberle and the team it was clear that while North offer a lot of different kites, they can all handle different conditions. Often the marketing tends to pigeon hole them into one discipline, but the crew think about designing kites for types of riders, rather than types of riding. For example the Vegas is aimed at the core freestylers out there, but at the same time it still works as a freeride kite, you can’t make a super specific kite these days as riders are so diverse and they don’t spend all their time just doing one thing. Between the disciplines of waves, race, freestyle and freeride there is just too much crossover. So while some of the kites definitely lean towards one style of rider, you’ll find they will also perform other duties exceedingly well.

We couldn’t end a post about the new North kites without mentioning the build quality, it really is second to none. North embarked on a journey a few years ago to ensure that every inch of their product had been thought out and created to be the best it could be. It used to be that the factories had control over the development of components and materials that went into kites, the advantage being that if a part failed, the factory was then responsible for the warranty. North felt that was unacceptable as they wanted control over the manufacturing process and the parts, cloth and thread used. The result is the risk is all on North if parts fail, but the result is a warranty rate that is less than 0.1% which in manufacturing terms is minuscule. A bigger risk for North then, but a better result for you the end customer, better materials, better parts and essentially better kites. 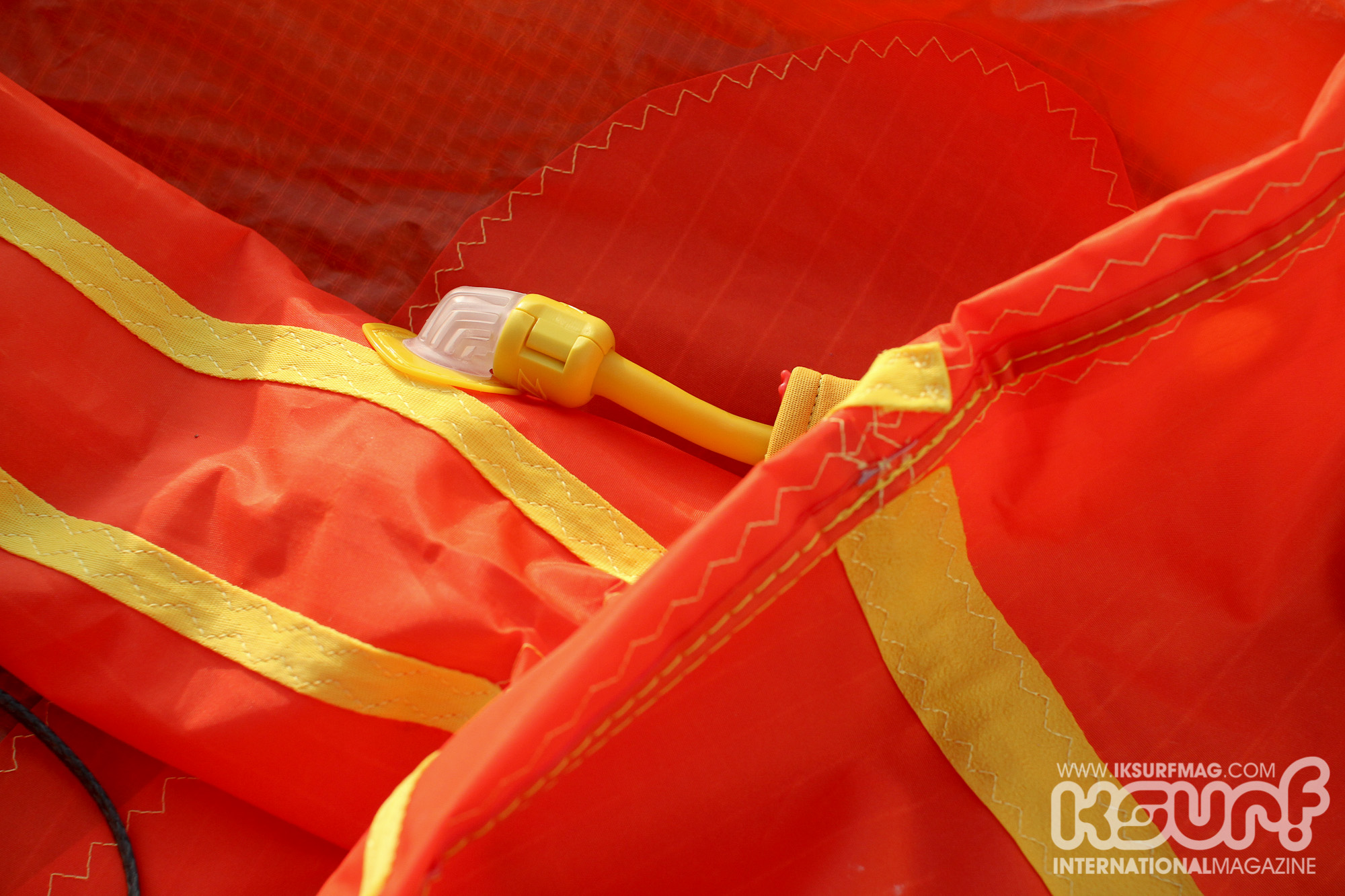 The attention to detail is second to none… 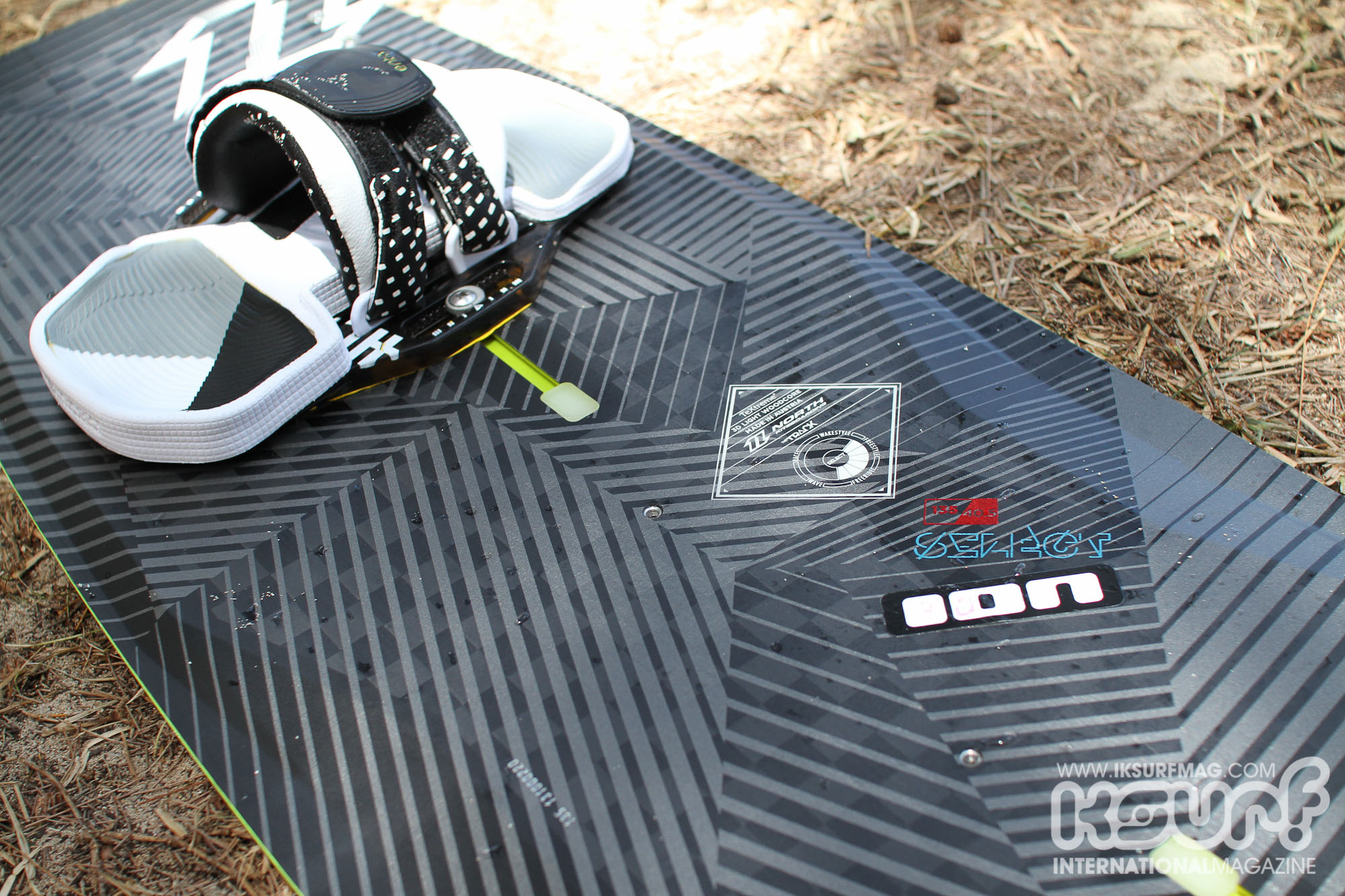 Just what is so great about the Carbon Select? Find out tomorrow!