KTE Holland – Lightwind racing shows what it can do!

Arriving for the first time in Holland, the MINI Kitesurf Tour Europe and its competitors passed by the dune landscape of Brouwersdam for four days of action – the Kitegatta 2012. An amazing count of 101 competitors in Freestyle and Race represented 15 countries. The best riders in Europe planned to create another great show on the water to showcase fastest speeds and tricky manoeuvres, providing onlookers and participants with the ultimate spectacle. 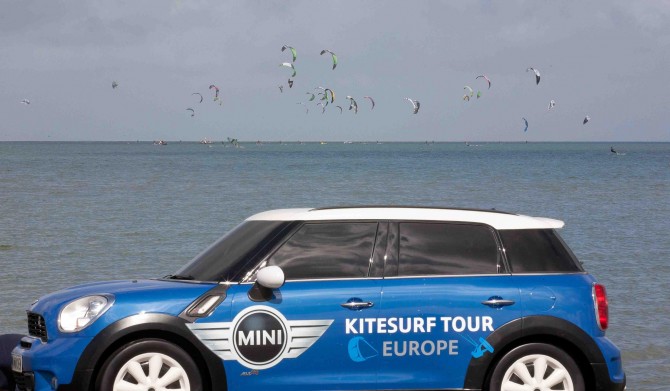 The wind was light for the majority of the event, barely getting above 10 knots...

According to the wind forecast, light wind was announced for the majority event. Racing participants made sure that their gear was properly registered, while freestyle riders could be seen waiting for wind throughout the event site, catching up with friends and enjoying the warm and sunny days. Riders and fans, discussed the new movie Hidden Lines by Kevin Langeree and Youri Zoon.

During the whole event, wind conditions were too light for any freestyle action, but the racers were able to showcase exactly what they can do when the wind is light. 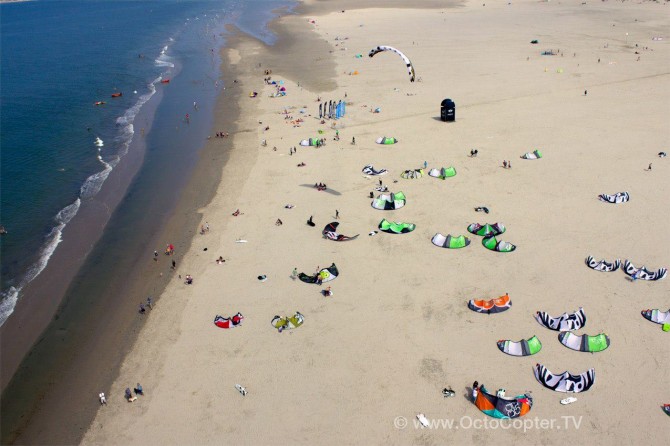 With the sun setting on the Olympic Games in London, all the racers were motivated keen to show their kitesurfing skills and high speeds on the water. After fourteen completed races throughout the event days with different conditions, Ricccardo Leccese (Columbia) and Stephanie Bridge (UK) rode very consistently throughout the whole dutch event, with strong and powered approach and a final success with first podium positions. Maxime Nocher (FRA) and Christine Bönniger (GER) achieving second, Florian Gruber (GER) and Katja Roose (NED) coming in third.

On day four, the awards ceremony took place on the beach at the event site, where many spectators, friends, and fans gathered to see the final exposure of the official winners for racing. Proudly accepting their awards and the prize money, each winner looked over the audience with big smiles and much appreciation. Unfortunately none of the 60 freestyle riders didn’t get a chance to hit the water. They were chilling on the beach or in the event village, where kite brand companies displayed their 2013 gear and play host to lounging and relaxation. DJ booths and entertainment made up a large portion of the area as well. 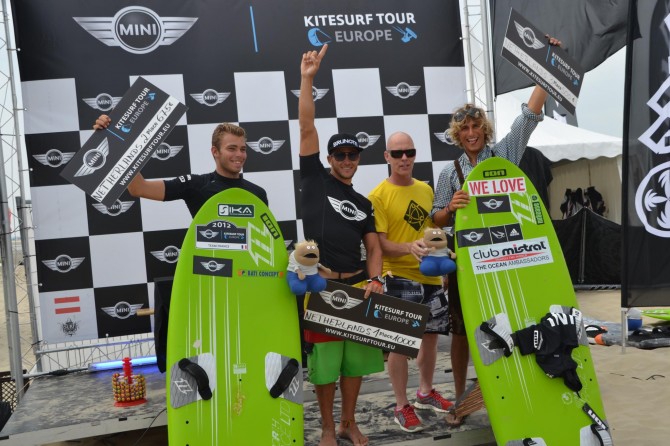 In all, the event in Holland was well received and a great success despite the low winds. Next up on tour, the MINI Kitesurf Tour Europe will take part in the Derby Kites of La Baule, France. Featuring racing and freestyle performances as well as a great event village with a trainer kite area, MINI showroom and MINI test rides. The French tour stop will host all European rider from 27th to 30th of september 2012. 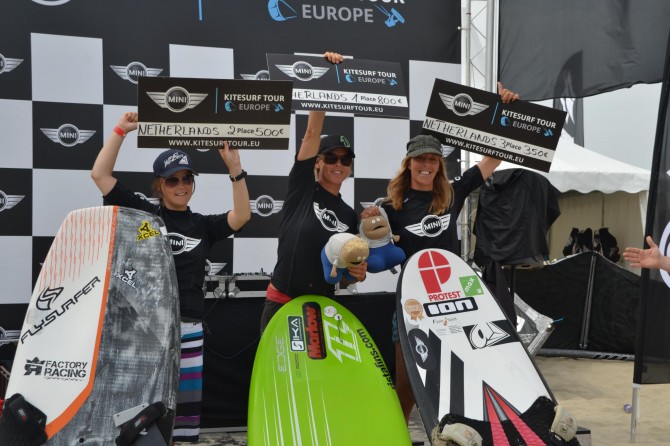