This weekend saw the 3rd annual Edge Race Cup being held in Exmouth in the South West of the UK. The event is put on by Edge Watersports, famously run by the Steph and Eric Bridge. With a 4 times World Champion running the show the event never fails to deliver and this year was no different. The competitiors arrived in thier droves at the new shop in Exmouth Marina to register for the event. Just over 40 riders registered, with 6 women and plenty of newcomers to racing too. 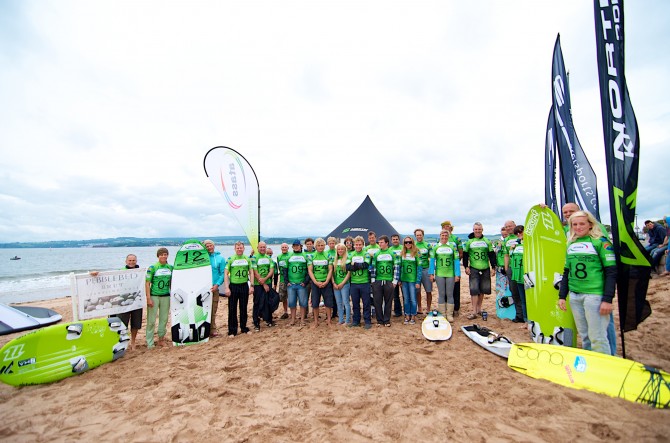 Some of the Racers!

The competitors were split into 3 classes, Elite, Open and Ladies. With the tides running the Elite Class took to the water first, the long square course proved testing with the wind picking up and dropping down all the time, kites were being changed for every race to maximise the conditions but in the end it was fourteen year old wonderkid Olly Bridge who stole the show with three 1st places in each race. Hot on his heels were the rest of the pack with Steph Bridge taking a couple of second place spots and Lee Harvey and Rou Chater both claiming a third place in a race each. It was great to see the standard so high on the UK Race scene, and the racing was very closely matched. 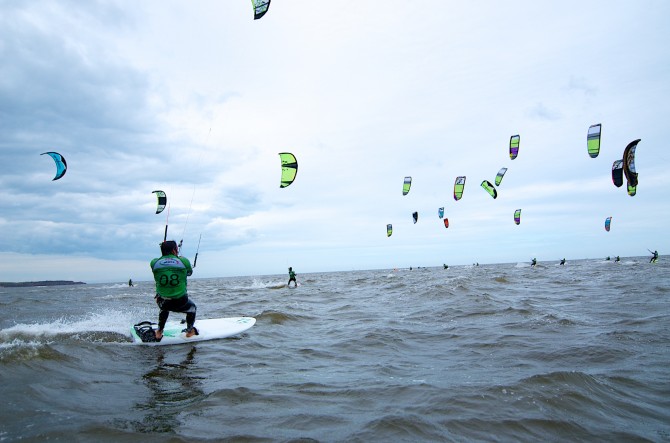 Mixed Fleet Starts made for some entertaining races.

After lunch with the wind building to a solid force 5 the Open Class and Ladies fleets hit the water, using the same course as the Elite fleet the riders did well in the challenging conditions especially the guys and girls on twin tips. With three races completed Alice Shoulder was heading up the Ladies Fleet just ahead of Bel Bailey meanwhile Murray Smith was leading the Open fleet ahead of James Bainbridge and Paignton Phil. 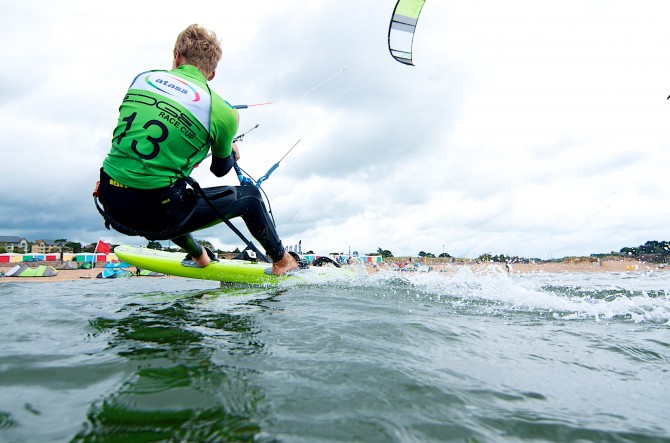 Olly Bridge was dominating as usual...

The Elite Class heading out again for the afternoon for some powered racing that was very closely fought with Steph Bridge chasing hard on the heels of her son Ollie. Lee Harvey also claimed a second place and third place and Callum Edge took a couple of third places. With the wind dying it was time to head back to the beach and pack up ready for the evenings party on the River Exe Cafe.

Despite the rain all the competitors were ferried out in ribs to the floating cafe in the middle of the River Exe, while it was damp, spirits were not dampened and the wine provided by Pebblebed Wines helped things go very smoothly. With a decent forecast for the next day some of the riders headed off for an early night while others stayed on the boat and made the most of the festivities!

Sunday morning saw light winds and a strong tide ripping at the event site which made conditions difficult. The Elite Fleet were sent out for the first race but with kites falling from the sky racing was postponed until conditions changed. Eric Bridge the Race Officer moved the course further offshore to make the most of the stronger winds out to sea and with word from the boat that it was contestable the race was on. Sadly it dropped just before the start and while some of the riders struggled to make the start line Steph Bridge put on a masterclass of light wind racing taking the first win of the season away from Olly Bridge. Racing was then postponed till after lunch with a hope that the sunshine would bring some wind. 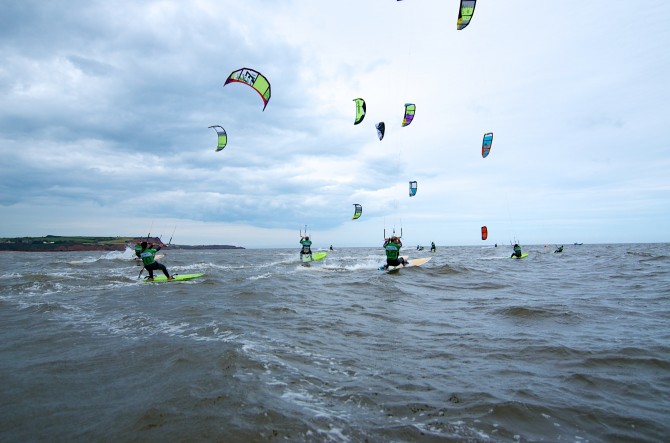 The sun was out on Sunday afternoon!

Luckily it did and the decision was made to run all the fleets together round a simple upwind downwind sausage course with a shorter course for the Open  and Ladies Fleet and a longer one for the Elite riders. With the light summer breeze filling in nicely 4 races were held in challenging conditions for the riders on normal equipment. The raceboard fleet enjoyed some excellent racing on 15m and 17m kites and navigated the ever shifting winds well. Olly Bridge came out on top with Steph, Callum and Lee close behind. 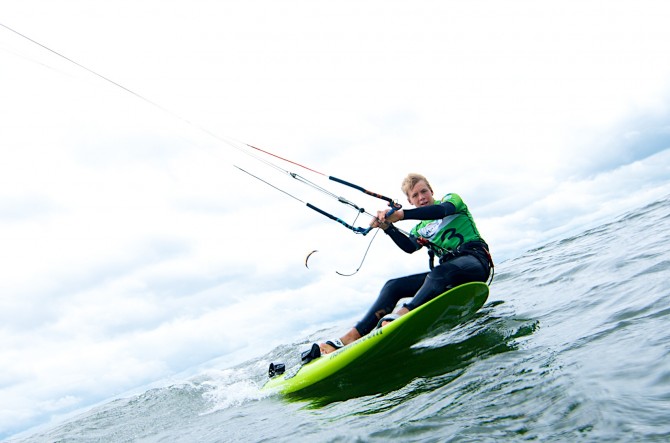 In the Open Fleet Tom Debenham dominated the afternoons racing taking four 1st places closely followed by James Bainbridge. Alice Shoulder and Bel Bailey also did well in the ladies fleet too swapping between 1st and 2nd all afternoon.

Everyone had a fantastic weekend and a huge thanks must go to Eric and Steph and the entire Edge Watersports team for putting on the event. See you all again next year! 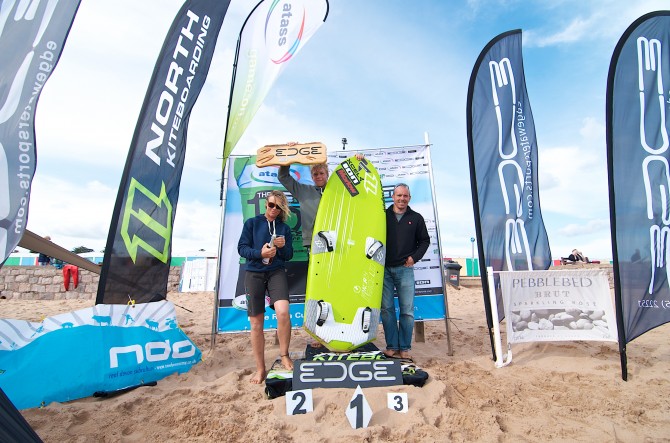 Video from the Edge Race Cup in Devon

KITEBOARDER'S CREATIVITY HAS NO LIMITS

Three dudes Having fun in -8 degrees / Close to 40 knots! #kitesurfing

CrazyFly - Made in Europe - Kites and Bars

Land boarding with my sister and Jonathan Hayes

High aspect VS Low aspect foil | How to choose

Nick Jacobsen - A video on ICE