The Virgin Kitesurfing Armada in Cape Town broke the Guinness World Record for the ‘Largest Parade of Kitesurfers’ with 415 kitesurfers! It’s amazing to see so many kites on one beach! Read all about the event, with the official report, below. 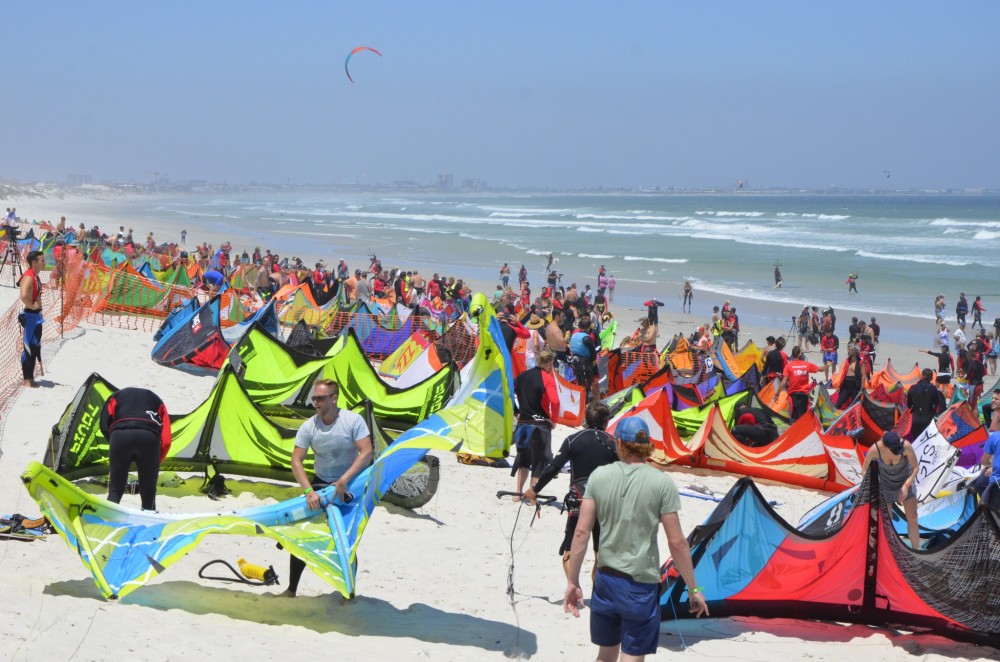 It’s official, Cape Town is in the Guinness Book of World Records for hosting the largest parade of kite surfers!

Guinness World Records™ have now confirmed that the record set by 415 kitesurfers in Cape Town on 30th of January has been approved as an official Guinness World Record – and details of the successful attempt have been added to their website: guinnessworldrecords.com/world-records/largest-parade-of-kite-surfers.

Saturday 30 January 2016 provided the perfect conditions for the world record attempt, with just a light breeze in the morning as hundreds of kitesurfers registered at the Dolphin Beach Hotel and continued onto the beach to set up for the start. The wind picked up in the afternoon and there was already a buzz as news broke that the total number of entries surpassed Spain’s record, giving early confidence the record could indeed be broken. The record is judged on a one-mile course that was marked out between Dolphin Beach and Doodles along the Tableview stretch of coastline.

The wind then strengthened at the perfect moment for the forecasted start time of 1pm, and professional kitesurfer and Ambassador for the Kitesurfing Armada Lewis Crathern (UK) sounded the airhorn for the official start of the attempt. The sky was quickly filled with colour as kites were launched into the air and riders made their way onto the course.

431 kitesurfers registered for the event and after a three hour period, 415 kitesurfers had successfully completed the course and had been counted in by witnesses at the finish line – enough to make an announcement that Cape Town had broken the record, subject to verification by Guinness.

Sir Richard Branson, a keen kitesurfer and supporter of the event, was one of the first to congratulate everyone involved, saying: “Huge congratulations to everyone who took part in the Virgin Kitesurfing Armada and achieved the Guinness World Record. I have participated in the event in previous years and experienced first hand the thrill of getting out there in the thick of the action, and riding together with a wonderful group of people. It’s a fantastic result and thousands have been raised for charity. There’s nothing better than doing good and having fun at the same time!”

Director of the Kitesurfing Armada Dan Charlish said, “We always hoped the Kitesurfing Armada in Cape Town would be spectacular – and it didn’t let us down. It was an amazing day, the wind couldn’t have been better and the view of hundreds of kiters together in front of Table Mountain was awesome. A huge thank you to everyone who came down, got involved and made the event such a success!”

The event wouldn’t have been possible without the generous sponsorship of WeChat, and Brett Loubser, Head of WeChat said, “We believe that technology can enable everyone to achieve their goals. As an organisation committed to connecting friends and families, we are pleased that our technology can be used in this way to connect participants and sporting communities and to also support them in the achievement of their dreams!”

Local event organisor Tyrone Rawlins from One Movement Events said, “I have been a kitesurfer for many years and I have never seen that amount of kites laid out with such precision, the launch teams did a fantastic job to get everyone off the beach safely and the atmosphere was incredible, everyone seemed to be beaming and they hadn’t even got onto the water yet!”

Minister for Economic Opportunity for the Western Cape, Min Winde, said that setting this record was hugely exciting for the region: “We took the record with 415 kitesurfers and I’d like to thank the Kitesurfing Armada for their support of our province. Cape Town is fast becoming a leading destination for the sport, attracting kiters from across the world. I am confident this event will raise our profile even further. Successes like this one are excellent for our economy, in particular for our tourism sector.”

As always, the Kitesurfing Armada’s aim is also to support local charities through the event, with all entry fees being donated to good causes and a range of other fundraising initiatives taking place during the day. – Carla Ferreira, Founder of SAVE Foundation said:

“SAVE Foundation was thrilled to take part in the Virgin Kitesurfing Armada South Africa on 30 January 2016. As an official beneficiary non-profit organization, the outreach programs that SAVE runs will greatly benefit from the contributions of all of the kitesurfers who participated on the day. The youth who are a part of our Kite Outreach Project were excited to assist with the preparation and landing of the kites, and the volunteers and staff eagerly helped with the operation of the day; running the registration station, ushering crowds, and being stewards for the kiters on the water. SAVE Foundation couldn’t be happier with the outcome of the event, congratulations to everyone involved!”

If you would still like to make a donation to support the charities you can do so at: http://www.armadaevents.co.uk/

The Virgin Kitesurfing Armada South Africa was made possible by some great support of sponsors: WeChat, a free messaging and calling app that allows you to easily connect with family and friends across countries, The City of Cape Town, Dolphin Beach Hotel, VanHunks Boarding, the South African Kiteboarding Association and the entire local kiteboarding industry.

Local promoter Andre de Wet said, “For something like this to come together it requires everyone to pull together. And after eighteen months of planning and preparation, with an amazing team of sponsors and supporters, it’s a fantastic feeling to know that we did it!’ 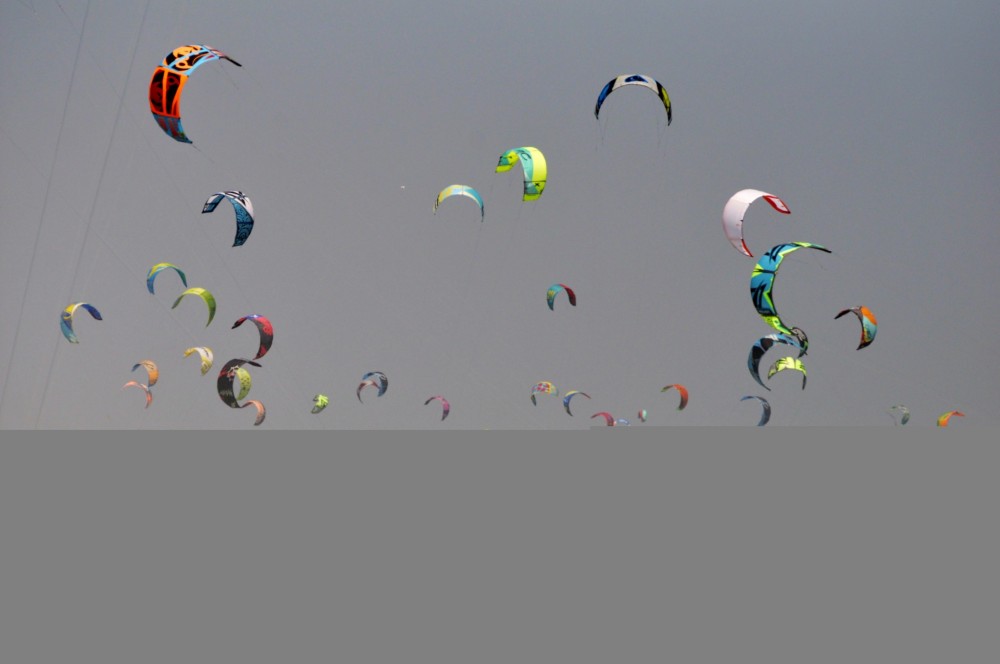 415 kiters completed the 2.4 km course from Dolphin Beach to Doodles.

Director of the Kitesurfing Armada Dan Charlish added: ‘The stunning images of the Cape Town Armada have now been beamed around the World and we have already had contact from organisations in Italy, Australia, USA, China and the Netherlands to discuss running events in their countries. It’s an exciting time for the event and we look forward to seeing where it all leads.’

The next Virgin Kitesurfing Armada takes place between 17-19 June on Hayling Island in the UK. For more info please see http://www.armadaevents.co.uk or go to the Facebook page: http://www.facebook.com/kitesurfingarmada

Pete Cabrinha invites you to the Armada 2018

Richard Branson invites you to the Virgin Kitesurfing Armada Festival!

Almost got hit by a drone KEVVLOG⁵ #7