Today marked the return of wave competitions to the PKRA. The competition was held in Dakhla, Morocco on the right-hand bread next to town. The swell started in the morning at around 1 meter with winds around 15 knots and by the end of the day we had 5 meter sets and 20 knots of wind; we could not have asked for better conditions. The competition featured many international and local riders. In the end it was the Dutch brother sister combo of Jalou and Kevin Langeree who won the PKRA Dakhla wave event. The Best wave scores were by Figueiredo 9.00 and J.Langeree 7.73, and the highest heat totals were Henrique with a 15.87 and Jalou with 13.73. 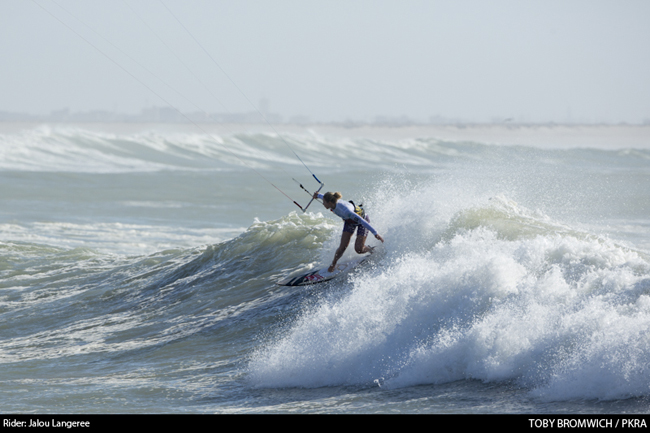 Today started early with the shuttle ready to pick up all the riders and crew at 8 AM at Dakhla Attitude to be ready for at 10 o’clock start. The forecast was for building swell and strong wind. We knew that we would run the event at low tide with a rising tide and building winds for the afternoon to ensure that the finals would be run in the best conditions. The competition was run in a dingle format, meaning that a rider could lose a heat and still have a second chance to come back and win. 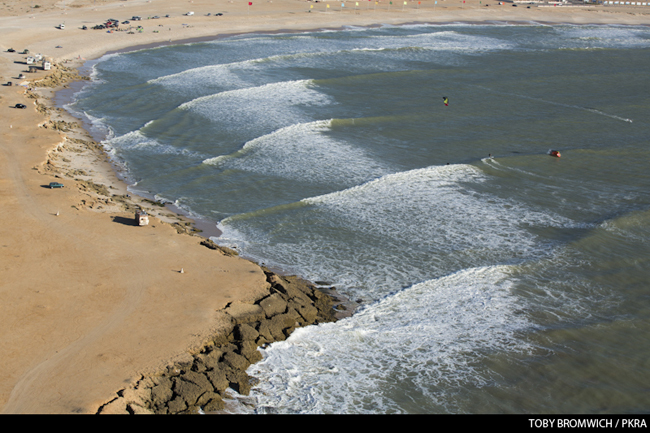 I the first round of the competition was a three-man heat format. This format allows the top men to advance an extra round and guarantees him a better spot. Early in the heats the locals had the advantage of knowing where the best spot would be to catch the waves and had a better read of the waves with their local knowledge. Very quikly the visiting pros learned the layout and were able to shred the waves. The local stand outs were Roussafi Rachid, Bouceta Yassine and Hamaini Soufiane.

In the third round of men competition, many of the heats were close. The first heat between Guias and Lentz was very close, Guias showing his smooth surfing skills while lentz took more risk on the bigger waves and got the win. Morrice and Tringale both got some good rides and put a good fight but failed to advance to the quarters. In the quarter finals Langeree, Henrique, Figueiredo and Lago charged the building swell and made it to the semifinals. 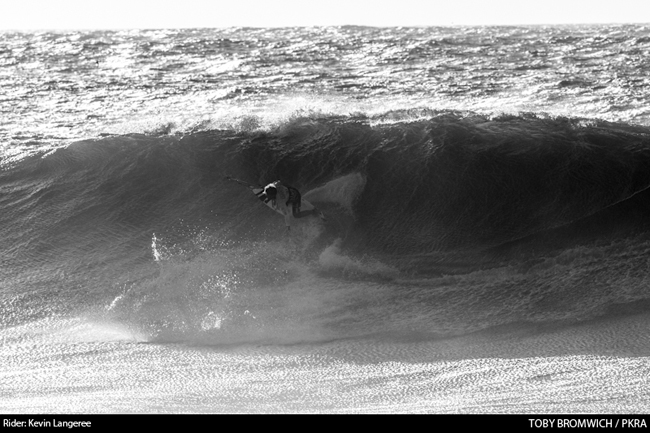 Kevin Langeree: “I am stoked to win, did not think I was going to do this well and on top of that my sister also wins, so cool”

In the first semifinal between Kevin Langeree and Abel Lago, Kevin set the pace from the start and Abel had to try to match his scores. However kevin pushed his lead event more by scoring a 7.77 on his final wave. The second semifinal was between Henrique and Figueiredo, Henrique miss timed his heat and got a wave too early that did not score. Nuno capitalized on his mistake and scored a 7.17 on his opening wave and secured the lead. The final was between Figueiredo and Langeree, Langeree scored a 7 on his opening wave with one hit on a 5 meter set wave. Figueiredo got a couple solid scores but Kevin got a big was in the dying minutes of the heat to secure his win. 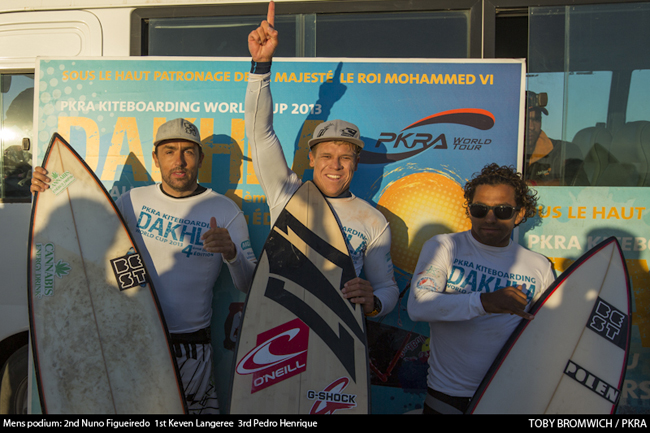 The women’s ladder was very tough with the top four girls all being able to win the title. Dominique Cartan and Tanga Rosenkranz tried to challenge the top girls but were unable to pull off an upset. In the semifinals Jalou Langeree was on fire scoring a 7.73 and 6 to get in the final. Kari responded with two big scores a 6.67 and 6.57 but it was not enough. The other semifinal was between Correia and Kirsty, Correira scored a 7 and 6.33 and closed the door on Kirsty who had some good scores but could not match correia’s power turns.

The final heat of the women had some really big waves and the girls had to be careful not to get caught by a closeout sets. Jalou took more risk on the waves, going harder to the lip and was rewarded with a title. 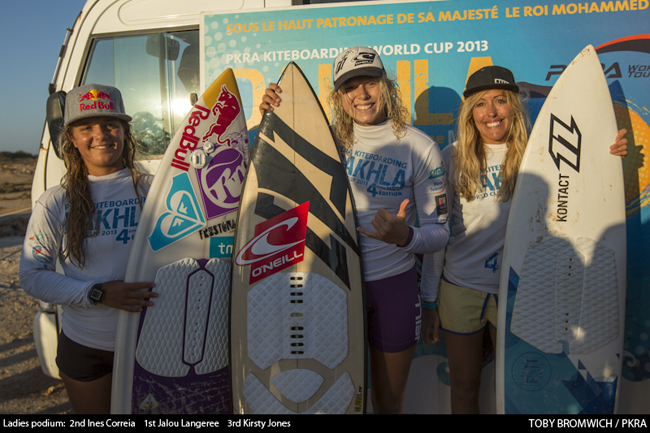 We caught up with some riders and asked them about their thoughs on the event.

Jalou Langeree: “I am really happy to win the event riding backside, having trained frontside the past three month in SA, going to maui really helped with my backside surfing”

Nuno Figueiredo “The organization at the event site was great with a BBQ, Tent and big conditions like at home.” 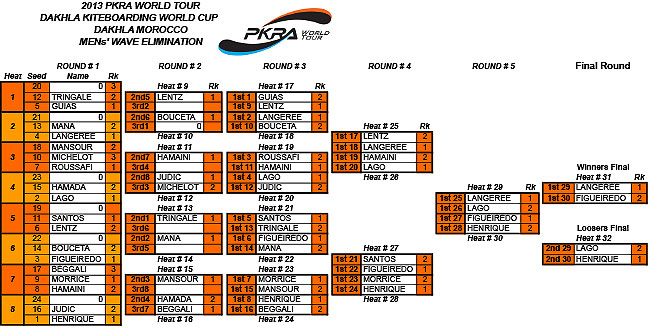